The upcoming mid-range GeForce RTX 3060 Ti is currently planned under two series: the iChill X3 and TWIN X2. It is unclear if the graphics card will be offered under the iChill X4 series, which is available for the RTX 3070 model.

The Ampere iChill X3 series features a new cooling solution with triple 9cm Scythe blades. A new feature is the acrylic RGB Tail Fin (aka the spoiler), which is offered as a bundle (not visible on the render below). Overall, a triple-fan cooling solution on this sub 200W GPU should be relatively quiet. So far we have only seen reviews of the 3080 iChill (featuring 320W GA102 GPU), with the 3070 model still being in short supply (featuring the same GA104 GPU as RTX 3060 Ti). The Twin X2 looks exactly the same as the RTX 3070. This graphics card should cost close to NVIDIA MSRP. 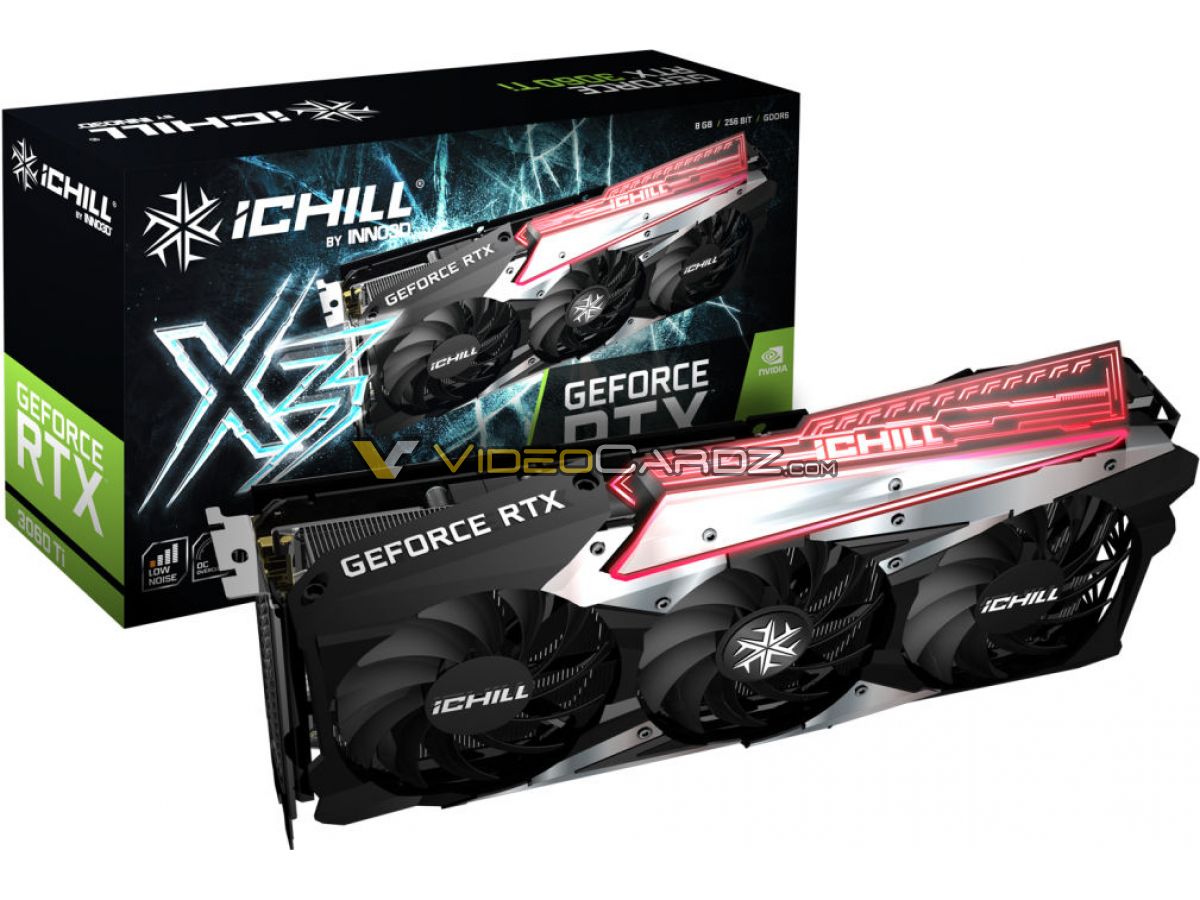 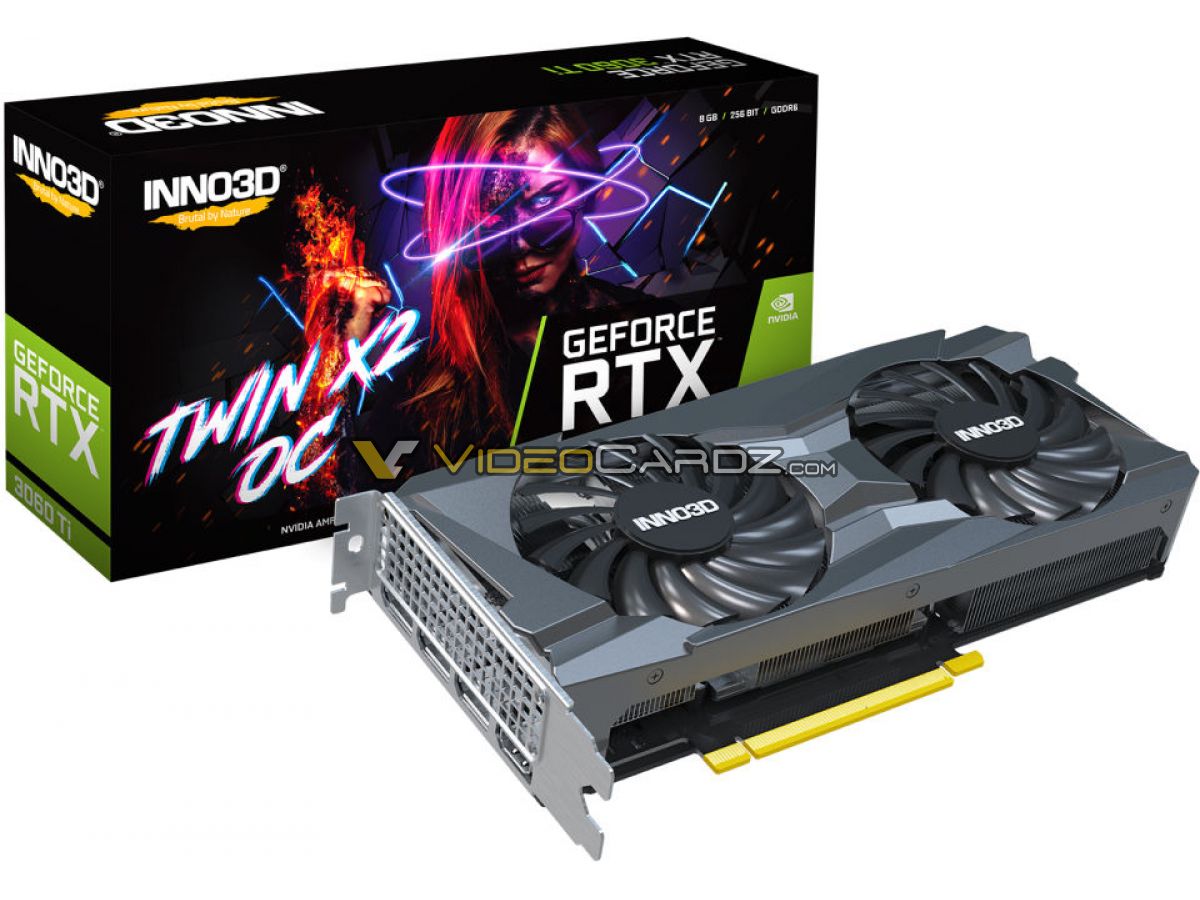