Inno3D is the first manufacturer to inadvertently confirm the existence of the GeForce RTX 3060 Ti graphics card, the upcoming upper mid-range model from NVIDIA.

Inno3D already has the website filter for the upcoming RTX 3060 Ti graphics card. Although the section does not currently list any model, it is a clear sign that the launch of the new series is just around the corner.

The NVIDIA GeForce RTX 3060 Ti was initially set to launch mid-November, but NVIDIA has pushed back the launch to December 2nd. This is a sub 400 USD graphics card that will be offered as a secondary GA104-based option. The RTX 3060 Ti will feature 4864 CUDA cores and 8GB GDDR6 memory. Interestingly, it is rumored that the RTX 3060 non-Ti variant that is now scheduled to launch in January would feature more memory than the Ti model (12GB vs 8GB).

Inno3D is expected to refresh its RTX 3070 lineup which is already designed to support GA104 GPU for the upcoming RTX 3060 Ti model. 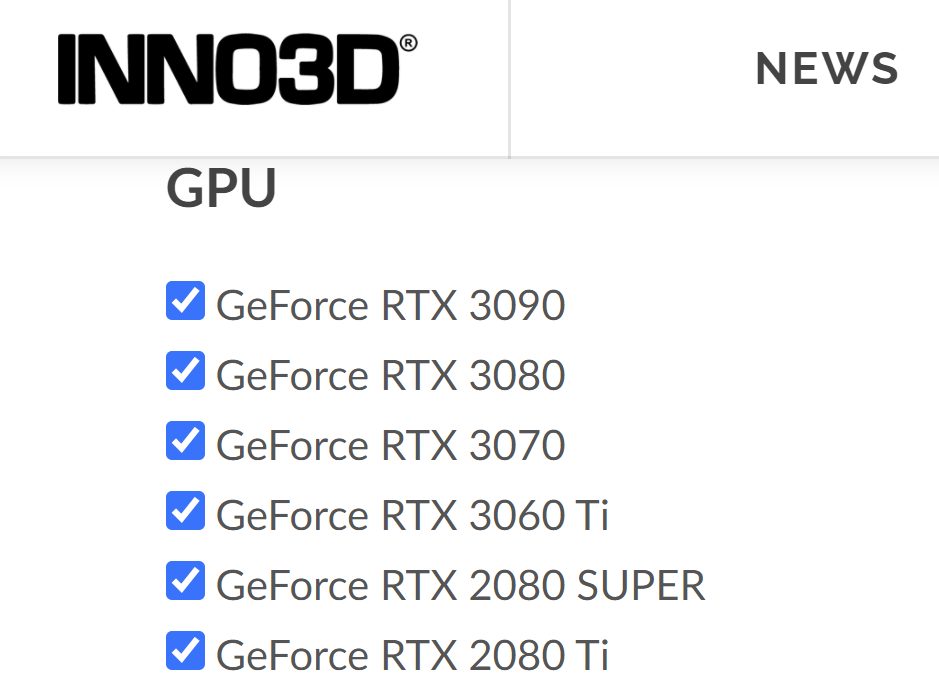