This is a follow-up to our previous story about the MSI RX 6400 custom graphics card already available on sale in Singapore.

The reported price of 349 SGD that was listed by the retailer is, in fact, the MSRP in this country, which is actually higher than RX 6500 XT as confirmed by the retailer. NVX System Integrators provided us with the list of official SRP (Suggested Retail Price) for all MSI GPUs available for this market.

It is indeed interesting to see this list, but considering how quickly the GPU prices change these days, we can’t be sure it won’t change soon. The introductory price for RX 6400 might change as well, but it confirms that the retailer did not sell at a premium.

Furthermore, the retailer has confirmed to us, that MSI has been supplying custom RX 6400 cards since March and those cards are already on sale in this country, which is kind of intriguing, because RX 6400 has not officially launched for the DIY market yet (the date is set to April 20th). However, AMD Radeon graphics drivers already support the OEM version of this SKU, so they might work for custom models as well. 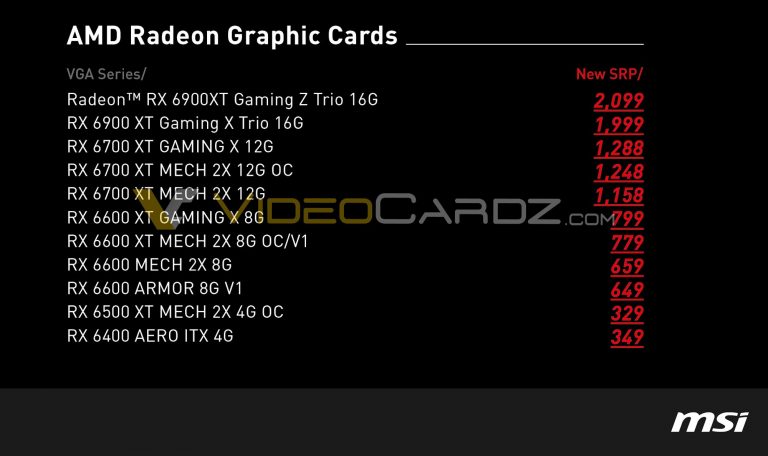 We were also given a list of NVIDIA RTX 30 series. Unfortunately, MSI’s SRP list does not include the recently released RTX 3090 Ti SKU, nor does it mention AMD’s upcoming RX 6x50XT series with faster memory. But in case you are wondering, the RTX 3090 Ti from MSI are already listed by the retailer for around 3,499 to 3,599 SGD. One should definitely expect MSI to update the official price and SKU list very soon, though. 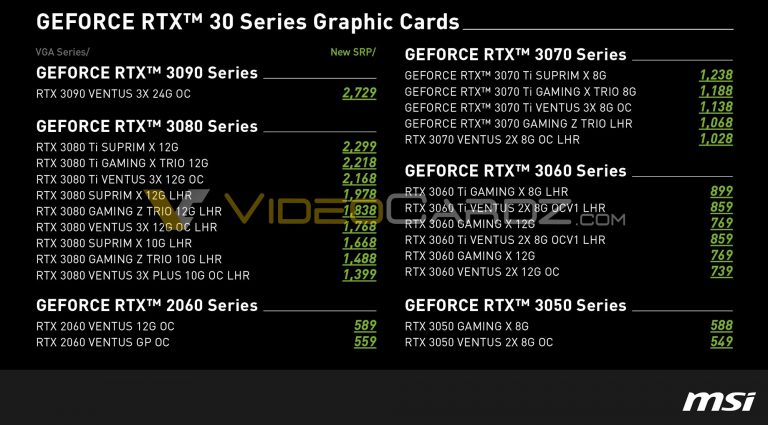