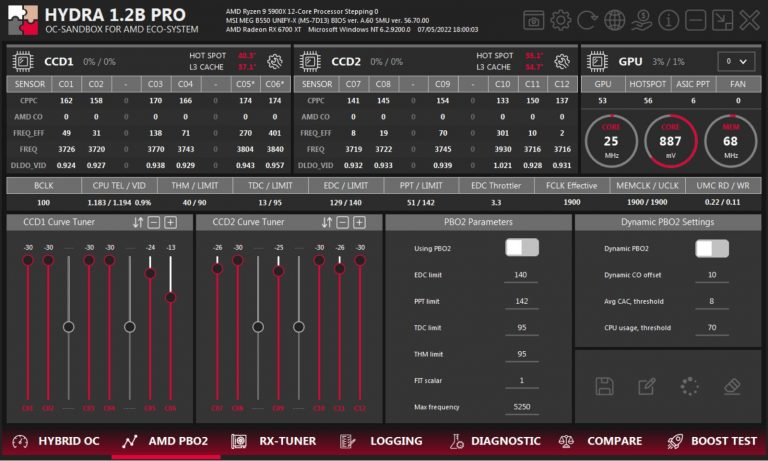 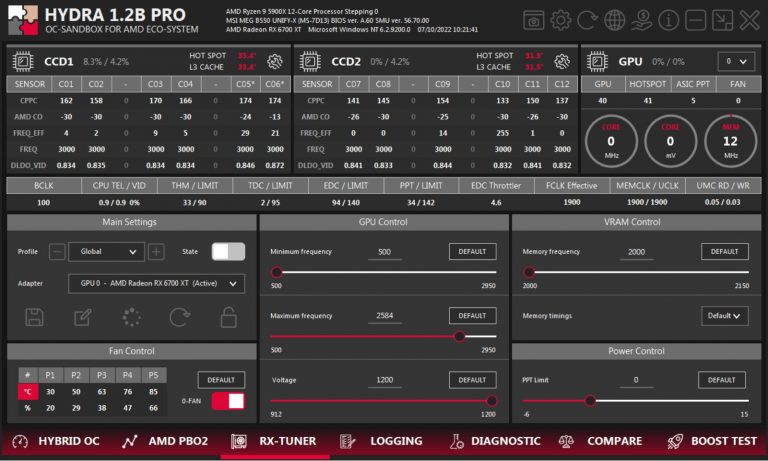 No, that is not an administrative panel for nuclear reactor, but OC sandbox for Ryzen CPUs. The upcoming Hydra 1.2 software from Yuri is a design overhaul and further optimizations for Ryzen CPU tuning. More importantly, it brings support for upcoming Zen4 processors.

For the first time, Hydra will support tuning for Radeon RX graphics cards. That includes RDNA3 GPUs as well. From the looks of it, the tool will support fan control, CPU clock and voltage adjustment, but also memory and power adjustments. In his efforts, Yuri is making his own one-app solutions for AMD Ryzen and Radeon products.

The developer promises to deliver more information on the Radeon tuning feature called RX-Tuner, including results of potential optimizations. The RDNA3 architecture is said to offer more overclocking possibilities, which adds further potential for lowering power requirements and optimizing for better performance and thermals.