HWINFO gets support for AMD Starship and Mattise CPUs

The latest changelog from HWINFO lists unreleased technology from Intel and AMD.

HWINFO now recognizes upcoming Pinnacle Ridge chipset for 400-series motherboards. Those are expected somewhere in March with availability officially planned for April. The 400-series chipset is meant for Zen+ processors, but it’s not mandatory upgrade for those who already own AM4 motherboards.

Intel’s next-gen server CPU codenamed Ice Lake-SP is also making an appearance. A derivative of server architectures is often used for enthusiast desktop platform. So far the only architecture listed in long-term roadmaps was Cascade Lake-X (planned for Q4 2018). The server Ice Lake-SP architecture could be offered alongside desktop Cascade Lake-X.

Mattise is a codename for desktop Zen2 architecture, which has reportedly been finalized in terms of the design.

AMD’s Starship first appeared in leaked data-center slides from early 2016. This roadmap, which is rather outdated, outlines long-term plans for enterprise CPUs. If HWINFO support means anything, it probably means that Starship has not been canceled and it should appear with Zen+/Zen2. The Starship is known as a 48-core processor with 96-threads. 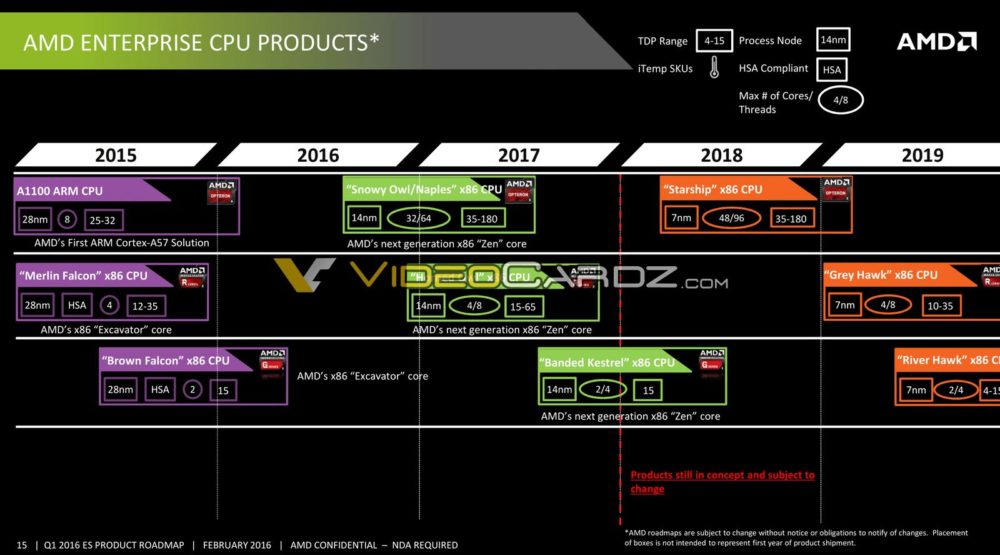