A very early support for next-gen CPU series is already planned for HWiNFO.

The Zen4 family has barely set a foot in a desktop market, but hardware monitoring tool developers are already looking far ahead. Their HWiNFO utility now has early support for AMD Zen5 family, as confirmed the “Upcoming changes” tab on official HWiNFO website.

This typically means that the developers are aware of the CPU Family IDs for next-gen CPUs, and they can now detect if such product is used with their software. The software may yet not fully detect specific SKUs, clock speeds or even core/cache topology, however at least now we will know if the Zen5 CPU is used.

This will come handy once early engineering samples will be distributed to OEMs, and we will start seeing first leaks. The Zen5 desktop family will support AM5 socket, so that is only a matter of time. 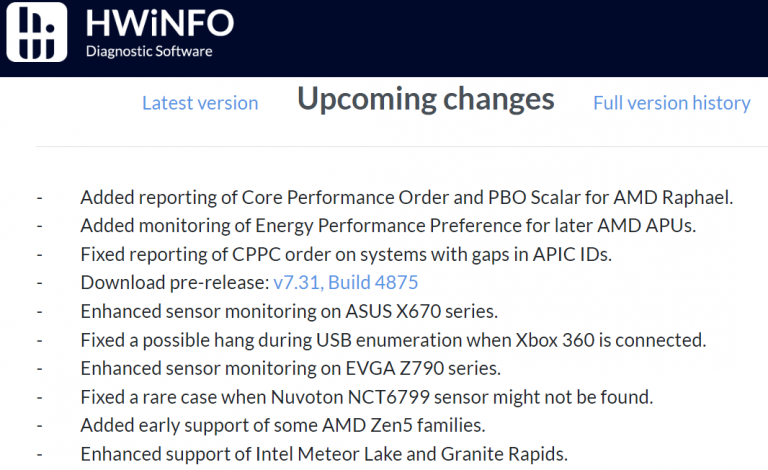 Furthermore, the software is getting enhanced support for Intel Meteor Lake and Granite Rapids, both the next gen CPU series for consumers and data-centers based, featuring either Intel 3 or Intel 4 process technology. These products should not appear until at least late 2023 (Granite Rapids is planned for 2024), so HWiNFO’s “enhanced support” update comes very early indeed.