What might be a simple mistake, may just as well confirm that HP’s all-in-one desktop will at some point offer RTX 3080 SUPER GPU.

It should no longer be a surprise that NVIDIA will be refreshing its mobile and desktop GPU series with SUPER refresh around January next year. The company will more than likely align its RTX 30 SUPER launch with AMD Ryzen 6000 series codenamed Rembrandt, which is expected to debut at CES 2022.

The Envy 34 AIO system is clearly not using desktop GPU, hence it seems that the company might have inadvertently confirmed it will be updated with the SUPER model at some point in the future. According to the press release, the system will go on sale next month at a price of 1999 USD. It does not list RTX 3080 SUPER anywhere else but on the product webpage: 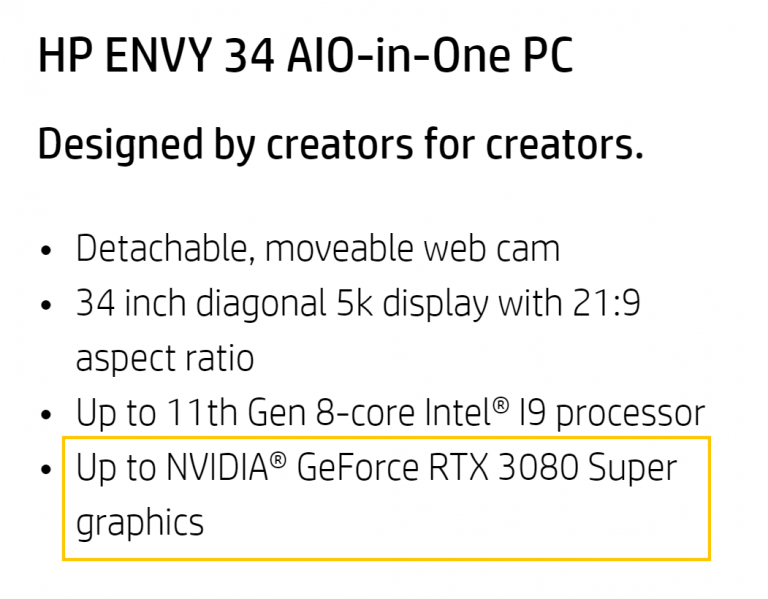 The most recent rumors have reaffirmed that NVIDIA is targeting early 2022 as the potential launch date for its RTX 30 Super refresh. The company is expected to introduce a new GA103 GPU which would offer more CUDA cores for the mobile Ampere series.