The body responsible for HDMI licensing has just confirmed to TFT Central that there is no issue with monitor manufacturers mislabeling their HDMI 2.0 monitors as HDMI 2.1, as long as they provide the list of features that are enabled.

The HDMI 2.0 specifications are now “technically” part of the HDMI 2.1 standard, as the newer standard has to keep backward compatibility with older devices. This seemingly obvious fact is now the reason why a purchase of an HDMI 2.1 monitor may soon require more research. The HDMI licensing organization claims that HDMI 2.1 features are optional, and it is up to monitor manufacturers to declare which features are they planning to support. In other words, just because a monitor has an HDMI 2.1 sticker, it does not mean it supports the HDMI 2.1 features that gamers expect.

The problem was first spotted with Xiaomi’s 24.5-inch 240Hz monitor, which was just launched in China. The company does not overuse HDMI 2.1 in their marketing materials, but the standard is clearly mentioned in the product specifications… with an asterisk. The monitors only support TMDS signaling protocol, which is part of the original HDMI 2.0 specs, however, it does not support FRL (Fixed Rate Link), which is required to achieve higher bandwidth and as result support higher refresh rate at higher resolution. 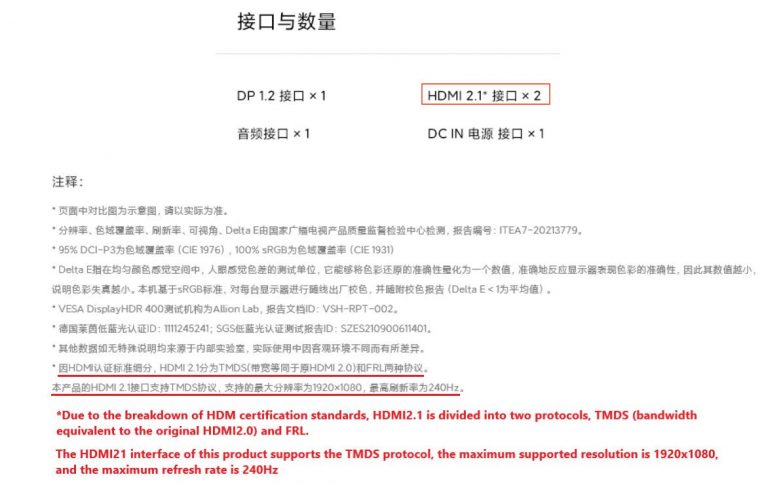 TFT Central reached out to HDMI Licencing Administrator for an explanation of how is such use of HDMI 2.1 specs even allowed. As it turns out, the body claims that HDMI 2.0 standard no longer exists and manufacturers should refer to HDMI 2.1 instead but also list which features are supported. In other words, all monitors can now be labeled as HDMI 2.1, causing a true nightmare for potential shoppers, who are now required to look deep into the specification sheet to learn which features are actually supported.

1) HDMI 2.0 no longer exists, and devices should not claim compliance to v2.0 as it is not referenced any more

3) All the new capabilities and features associated with HDMI 2.1 are optional (this includes FRL, the higher bandwidths, VRR, ALLM and everything else)

4) If a device claims compliance to 2.1 then they need to also state which features the device supports so there is “no confusion”

— A summary of HDMI Licensing Administrator statement to TFT Central

The bandwidth limitation of a different signaling method should not exactly be the main concern. The HDMI 2.1 brought many important technologies which are quite important to gamers. The HDMI Variable Refresh Rate, Auto Low Latency Mode (ALLM), and Advanced Enhanced Audio Return Channel (eARC) are the most important ones to mention. 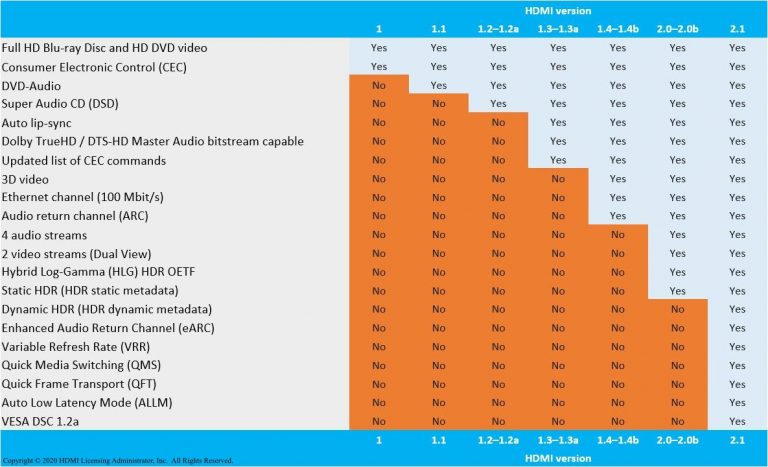 TFT Central has an extensive overview of the situation and even suggestions for monitor makers. The ‘Fake HDMI 2.1’ problem is not yet widespread, so there is a chance that brands at least some decency will avoid overusing the 2.1 for their marketing. However, the HDMI organization statement certainly won’t help here.