A reminder that there is a third player slowly emerging in the discrete GPU world. A few months ago Intel announced it will now offer its DG1 GPU based Iris Xe graphics to OEM, who may now start offering prebuilt PCs with said GPU. This marked an important moment, as Intel GPUs can now be found in desktop PCs after years of abandoning this market.

Intel has a special website dedicated to Iris Xe SKU, where it currently shows two models: ASUS DG1 and GUNNIR Blue Halberd. There was also a card that looked like the Colorful GTX model, but the manufacturer has released a statement denying participating in the Intel dGPU endeavor. Thus, it was likely just a cooler that was made by the same company.

The GUNNIR model is a new addition to this visibly shortlist. Chinese OEM has been recently added with a render of their single-slot and low-profile GPU equipped with a single HDMI and VGA ports. That’s right, Intel Xe-LP is now offered with a native VGA connector. 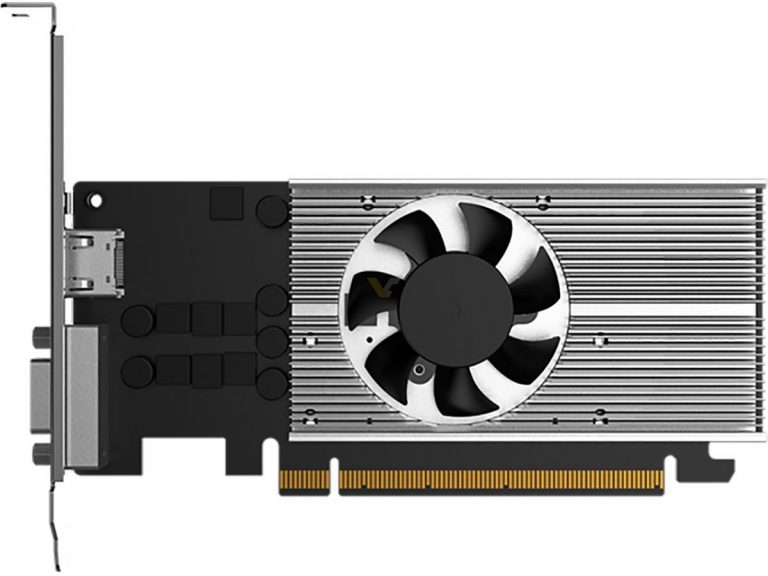 The manufacturer has a dedicated page to this product, where the full specs of this new card are listed. The page reveals the name of the GPU which can be translated to ‘Blue Halberd’ (it may not be a correct translation). The card is to feature DG1 GPU with 80 Execution Units (640 cores). It has a base clock of 1.2 GHz and boosts up to 1.5 GHz. The DG1 based models all offer 4GB of LPDDR4X memory clocked at 4267 MT/s. This card is powered entirely by the PCIe connector as it requires just 30W. 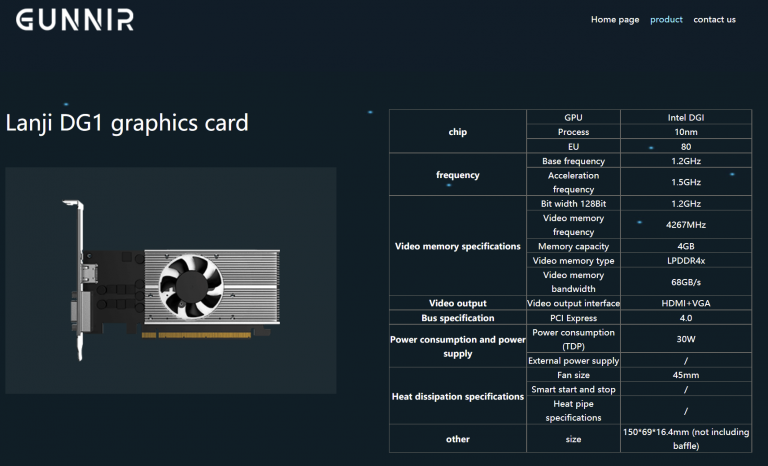