The Chinese company launches a second model based on Arc A380 GPU.

Gunnir Arc A380 Index is new card is based on Intel ACM-G11 GPU (with 8 Xe-Cores). The Index takes a similar approach to low-power Arc GPU as previously released “Photon”. It is a dual-slot and dual-fan design and has four display connectors (unfortunately still no HDMI 2.1).

It appears that Index is very much the same card as Photon. The only difference is lack power connector and factory-overclocking (hence it is not called ‘OC’). Gunnir confirms base clock of 2.0 GHz and default 15.5 Gbps speed for 6GB GDDR6 96-bit memory. Interestingly, this model is running at default 75W TDP and has no requirement for external power connectors. 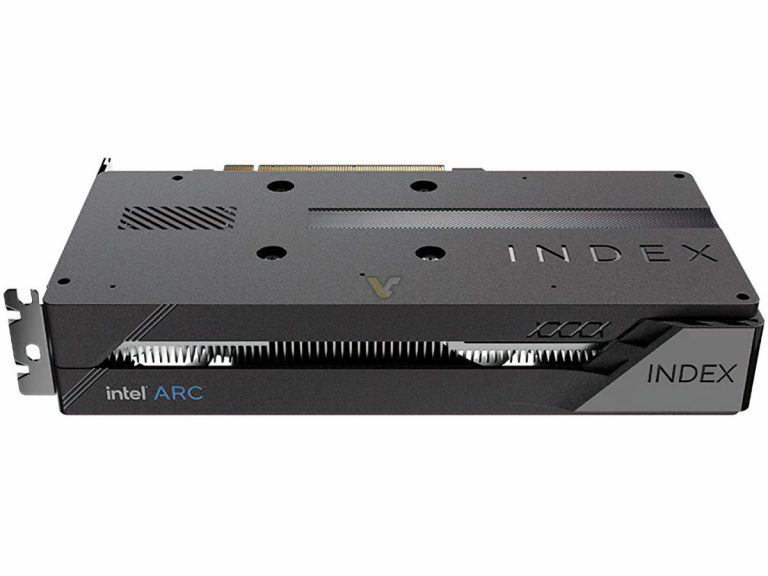 The Index is now listed at 1199 RMB (172 USD) which is cheaper than Photon (1299 RMB). As per listing, it is already in stock and shipping to customers. Therefore, this is a third custom Arc A380 that has now been released, although not in all regions. There is sadly still no sign of a more powerful Arc A5/A7 graphics card from GUNNIR.