Intel and their partner are throwing the MXM standard a lifeboat. 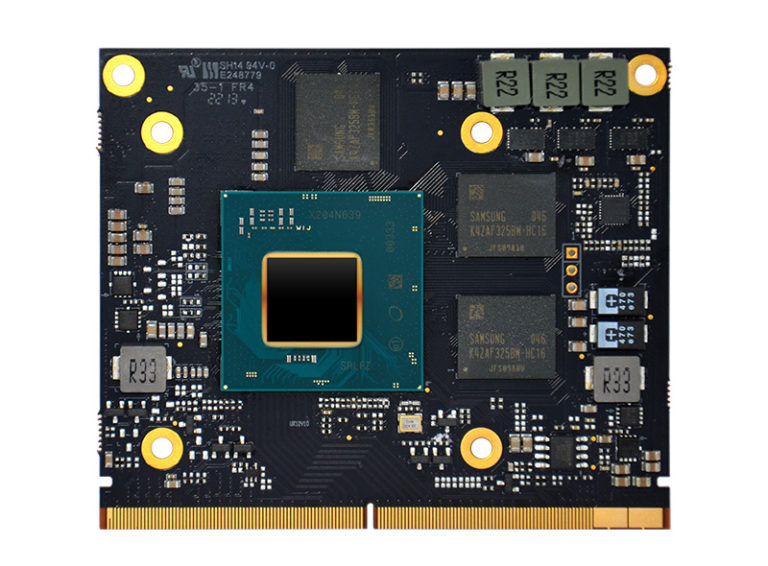 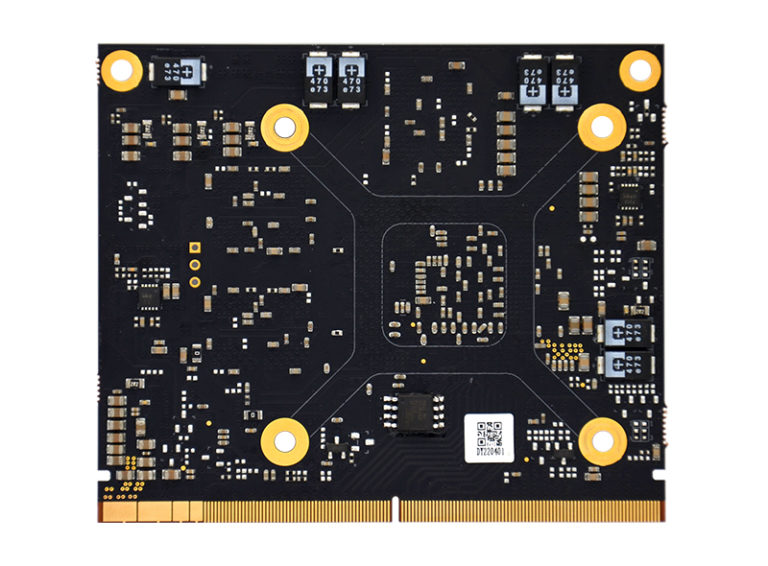 The MXM standard is just about dead with no sign of interest from AMD or NVIDIA with their latest generations of GPUs. As laptops get smaller and faster, OEMs making such devices would rather solder the GPU down to the main board.

Needless to say it is surprising to see GUNNIR releasing an MXM 3.1 version of their Arc A380 GPU. Not only it is a relatively new card (released mid-2022), but also using the most advanced gaming architecture from Intel.

GUNNIR, who developed this discrete GPU upgrade, confirm that this MXM module supports PCIe Gen4 standard, and it is limited to 4 lanes only. It uses a full ACM-G11 GPU with 8 Xe-Cores and supports 6GB of GDDR6 memory across a 96-bit interface. 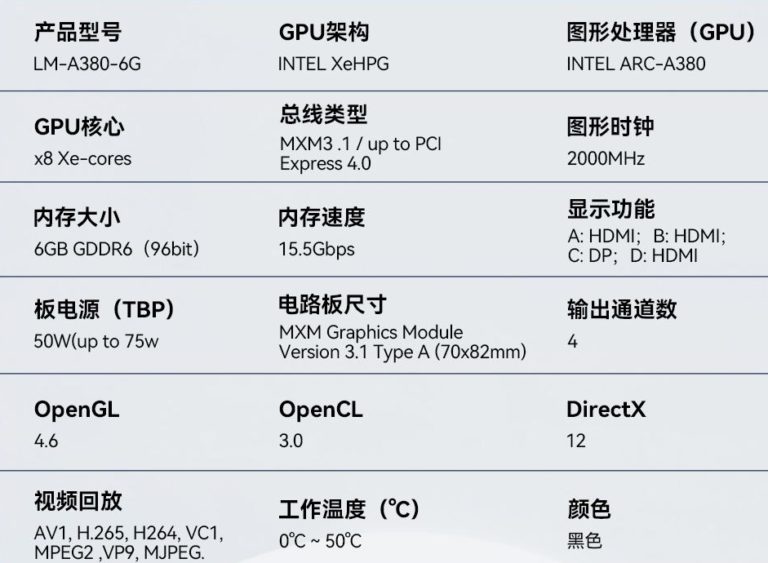 That’s where thing start to get interesting. The A380 is a desktop GPU, not mobile. Intel launched A370M and A350M GPUs with 8 and 6 Xe-Cores respectively, but both are limited to 4GB GDDR6 64-bit configuration. Therefore, this A380 MXM model is a unique hybrid of desktop and mobile GPU.

Intel GPUs tend to be very picky when it comes to hardware configurations being supported, but GUNNIR is not providing any information on compatibility with existing systems. Needless to say, buying such a card poses a risk it may simply not work, especially with older laptops. As a reminder, Intel Arc desktop architecture is officially supported by Intel 10th Gen Core and newer and requires ResizableBAR to work efficiently. However, Intel is not providing requirements for its mobile Arc series.