The GPU-Z now supports GeForce GTX 1630 graphics card, thus far the slowest model released in 2022. With this update, one can now verify how slow the bandwidth is on this card.

Furthermore, this update brings support for newly released Radeon RX 6700 non-XT graphics card. We are not sure why GPU-Z changelog specifically mentions Sapphire model, while there are other cards such as PowerColor’s. In any case, this SKU is now slowly coming to other markets, which means that more and more users will have access to a cut-down Navi 22 GPU on desktops. 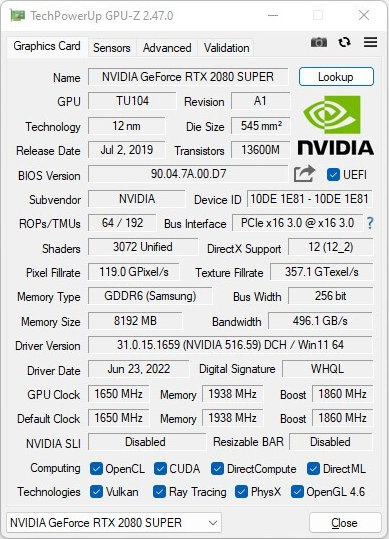 There are also fixes for RTX 3080 12GB model, which for some reason was listed as non-LHR card (and yes it does have LHR). Interestingly GPU-Z developers also continue to fix errors for quite old GPUs, such as GeForce 7800 GS (yes that’s G71 architecture). To add to that, the ATI cards will no longer show AMD logo.