Among many other things, the latest version of the GPU monitoring tool received initial support for GeForce RTX 3050 laptop series. The software will now recognize GeForce RTX 3050 and RTX 3050 Ti Laptop GPUs, both featuring NVIDIA’s latest GA107 Ampere GPU. The GPU-Z 2.39 will also support three out of 5 known CMP HX mining cards from NVIDIA. It looks like GPU-Z developers are now sure about the PCI Device IDs for CMP 30HX, which has already been released to the market, as well as CMP 50Hz and CMP 90HX, which have not been released by board partners.

According to the changelog, the software will now support AMD Radeon RX 6900 XTXH, which is an informal name for Navi 21 XTXH based graphics cards that were recently released by AMD AIBs as the highest tier in their lineup.

Interestingly, the changelog also mentions fixed clock reading for AMD Mobile RDNA2, which refers to Radeon RX 6000M laptop GPU series based on the latest architecture. Those have not yet been officially released, but this initial support/fix suggests that even GPU-Z developers are not well aware of them coming soon, which is a good sign. 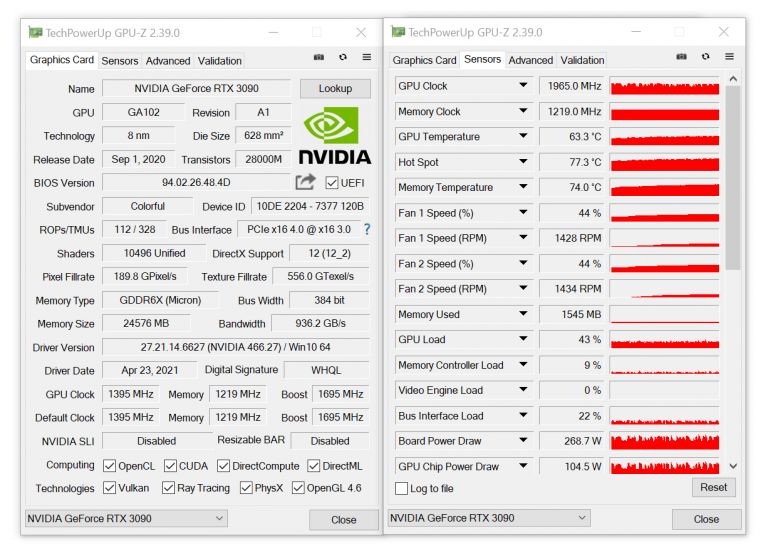