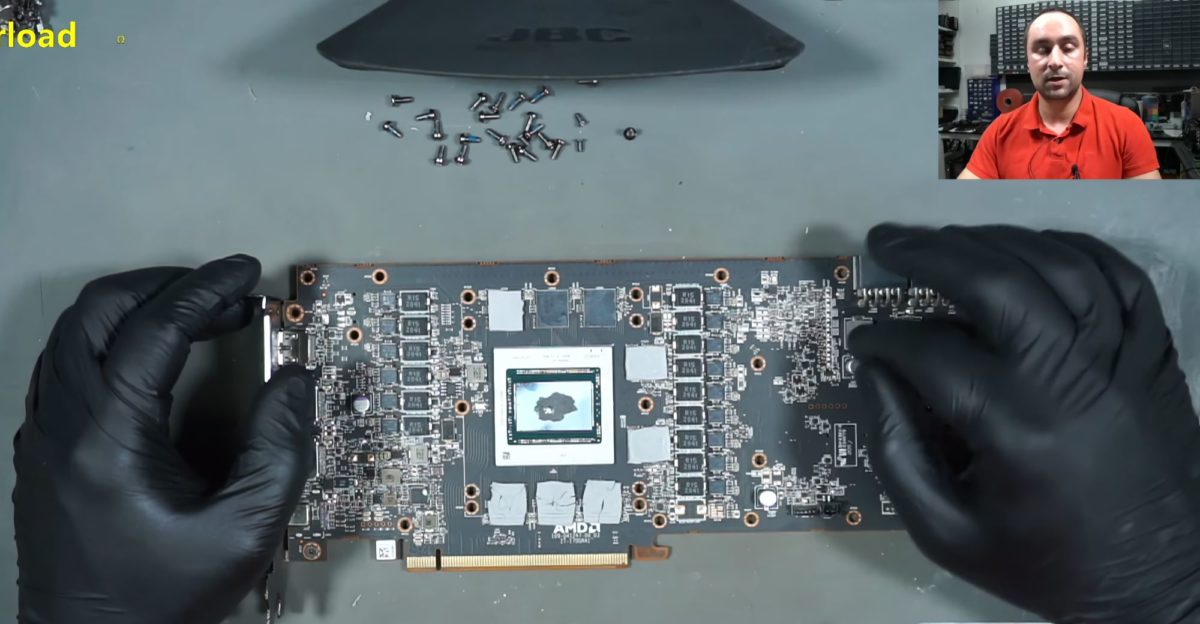 KrisFix who is running a professional graphics card repair service, claims that out of 60 Radeon RX 6900/6800 cards that were recently sent over to the service, 48 had the same defect. A defect that rendered them unrepairable.

All 48 reported cases occurred in the past three weeks alone. KrisFix who made a video pleading for more information from the GPU community, says that he made a survey among his customers whose cards were affected. Nothing unusual was reported except for the drivers those gamers used.

The problem supposedly has nothing to with the workload (gaming/media playback) or how intensively those cards were used. But each card had the same driver installed, which is the last available driver for Radeon RX 6000 series released in early December. Since then, AMD has only been sharing drivers for Radeon RX 7900 GPUs exclusively, with a bigger update coming later this month for all cards.

The issue is of course strange and there is no further evidence than shared by the store (we reached out for more information but received no response). Furthermore, the vast majority of users have not seen any such problems, so the issue may not be related to the GPU driver at all.

In any case, should your card be affected, make sure to drop a comment under KrisFix video to let him know.

Update #1: KrisFix posted the following photos of the card shown in the video. The card’s GPU has visibly cracked die. Such defects are not related to the driver. 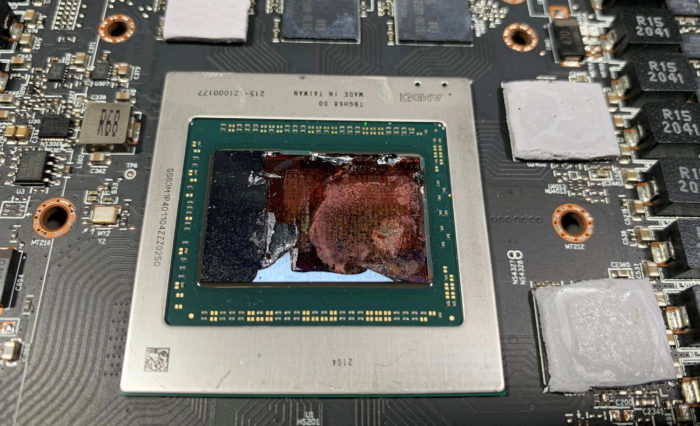 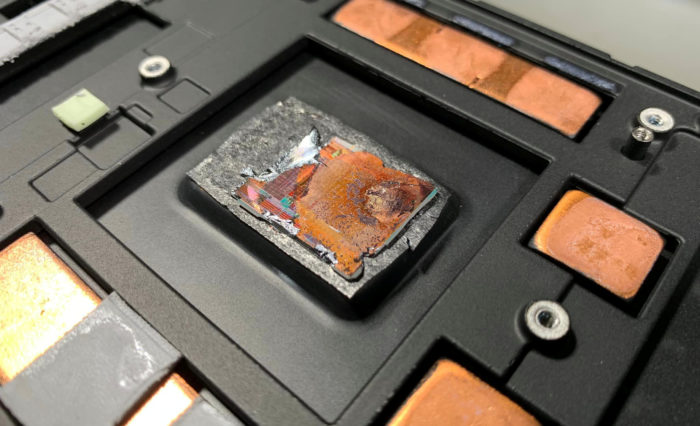 Many thanks to der8auer for the tip!

Update #2: KrisFix after conducting tests claims that the problem likely impacts cards that were purchased from a cryptomining company, which were not stored properly. A high humidity that accumulated on the GPU might have been the reason why the GPUs have started to crack: