HardwareUnboxed GPU Price update videos mark their first anniversary since the channel decided to closer at the market situation their viewers are facing. As said, they were not planning to make those videos for this long, with a hope that things would normalize by March 2022, but sadly that was not the case. 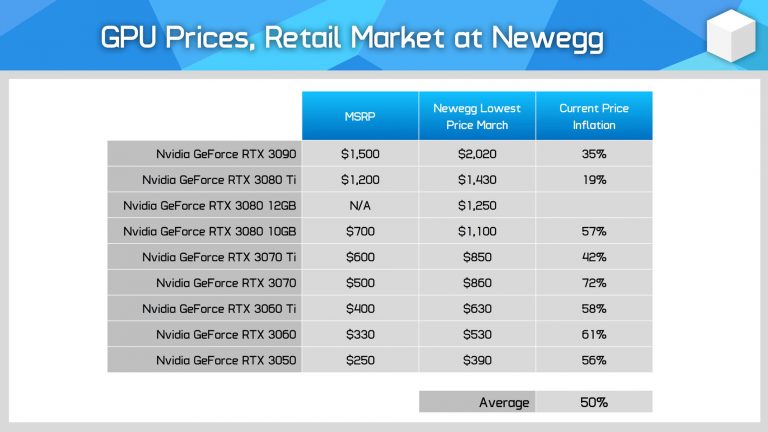 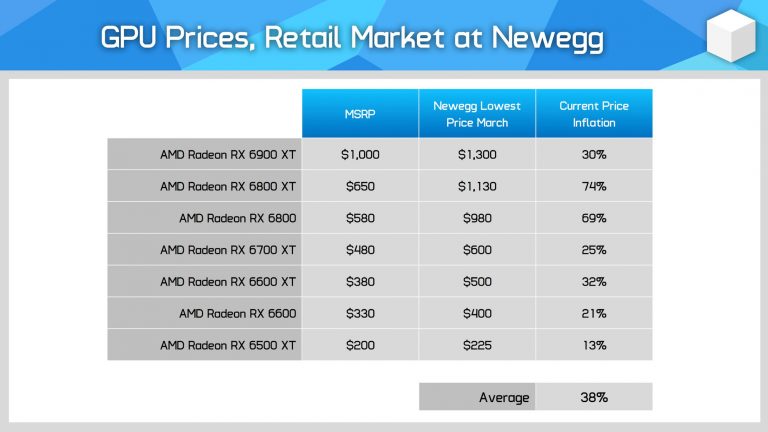 Overall, this month shows a much healthier situation with availability across all regions, even the US market where Newegg lists nearly all cards in stock and available as 1st party sale option, the YouTube channel notes.

There are reports on NVIDIA lowering their GPU prices for board partners, although unconfirmed, this would mean another price reduction in the coming weeks, because unlike official price cuts or promotions those do not take effect immediately. So we are indeed still expecting a further drop in price very soon. 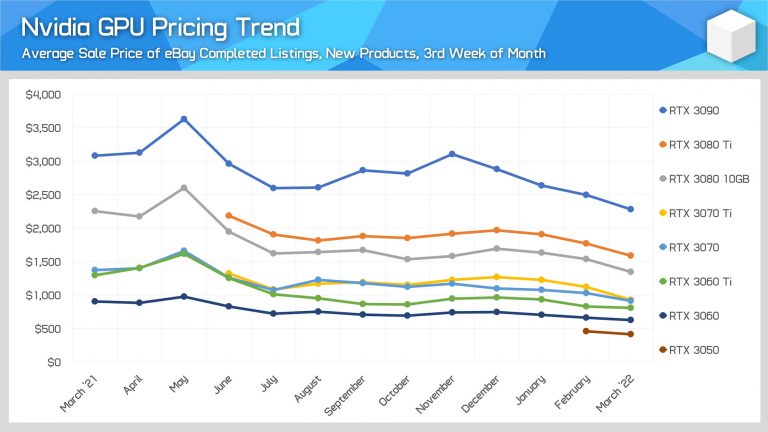 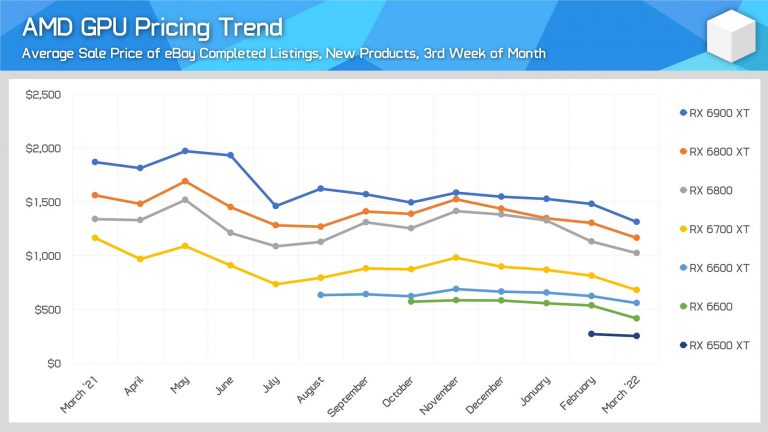 Unfortunately, GPU prices are still not at suggested retail level (MSRP), but they are close, HardwareUnboxed reports. Some lower end SKUs that launched earlier this year with more ‘market-ready’ MSRPs are now available at ‘just’ 20% inflated prices, whereas the cards that launched before COVID-19 can go much higher. The Newegg listings show 38% and 50% higher than MSRP prices for Radeon RX 6000 series and GeForce RTX 30 series respectively. 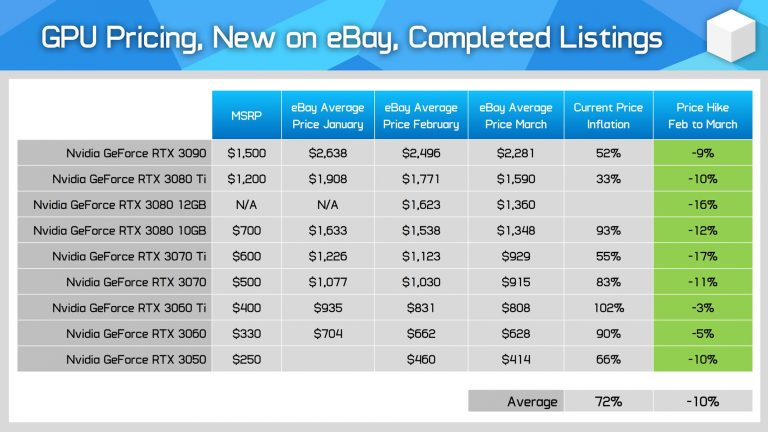 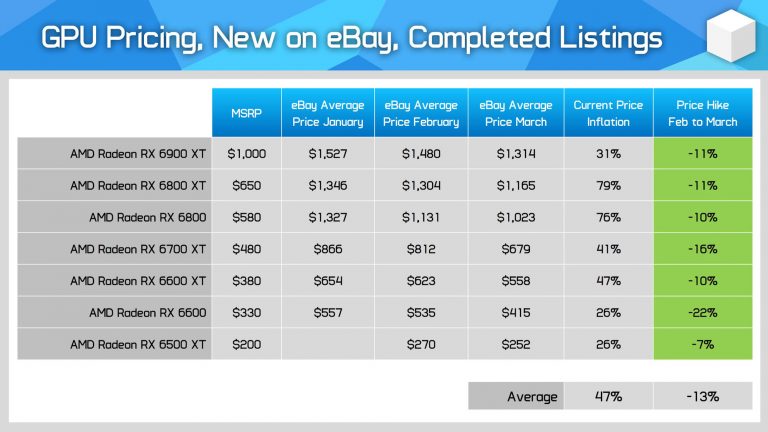 Do note that eBay ‘Scalper’ pricing reflects average price, whereas the Newegg shows the lowest. In case you are wondering how does the price of older models and used cards looks like, check the video below.