In an eve of next-gen launch, NVIDIA and AMD have a problem with a massive influx of RTX 30/RX 6000 graphics card inventory. There are simply too many cards and too few people interested in buying them. We have repeatedly said that both companies should lower their MSRPs officially which could significantly boost the sales. Unforutnatley neither have done so yet, which means official MSRPs are literally now being ignored, and graphics cards are sold for much less.

In China, a forefront of miners vs gamers GPU wars, is now reportedly affected by a massive price drop of current-gen GPUs. Retailers are lowering prices while miners are now selling their cards in masses, creating a very competitive GPU market in a process. This has been reported by a member of Baidu forums who put together the latest prices for each card. 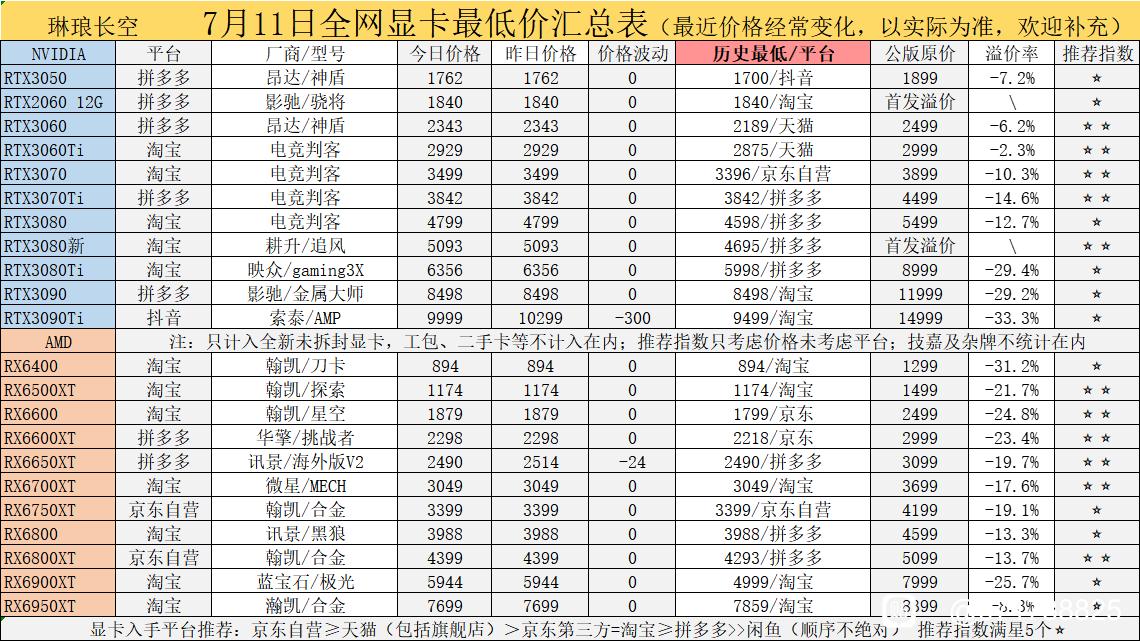 Based on the chart, which shows the lowest retailer prices for each Radeon and GeForce SKU, not a single card is sold at MSRP anymore. On average, pricing for new models Radeon RX 6000 is 20% lower than MSRP, for NVIDIA that’s 19%.