God of War is now coming to PC with the support of the latest technologies, including super-resolution from AMD and NVIDIA.

Two weeks ago Sony officially confirmed it is letting more of its exclusive titles launch on the PC platform. Some of its highly-popular games such as Days Gone or Horizon Zero Dawn are already available on Epic Games Store and Steam. Next year Sony is also launching Uncharted: Legacy of Thieves Collection on PCs, but the date has not yet been set.

More recently Sony revealed it is bringing its God of War franchise to PCs. The game that was originally launched in 2018 on PlayStation 4 has been sold more than 19.5 million copies. After the announcement, the game has almost immediately been listed on platforms such as Steam revealing the new features which will be available to PC gamers.

The game will support 4K and ultra-wide resolutions. It will also have improved reflections and high-resolution shadows, but those features will require powerful systems equipped with GPUs such as NVIDIA RTX 30 or AMD RX 6000 based. NVIDIA almost immediately confirmed it will enable its Reflex and DLSS technologies in the game. The latter will enable higher framerates, but only as long as Tensor-enabled GPUs are used, a mandatory requirement for DLSS technology to work.

Luckily for Radeon users though, AMD is also adding its FidelityFX Super Resolution into God of War. This means that not only RDNA and Polaris GPUs will support super-resolution, but any modern GPU that has already been confirmed to support the technology is likely to enable a high framerate as well. 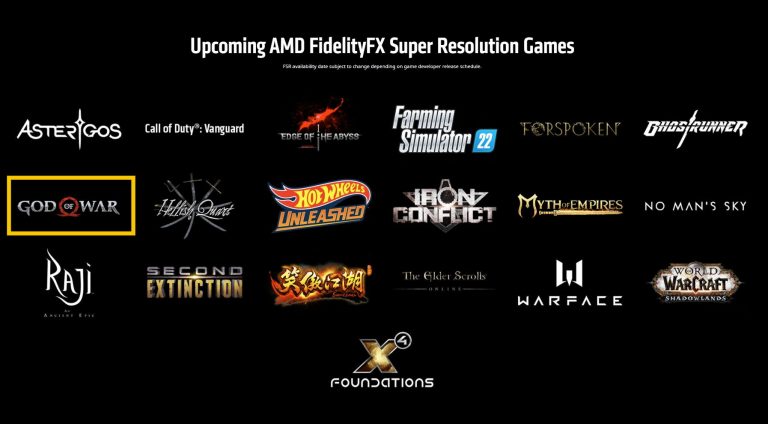