It appears Gigabyte and Intel are preparing for a Comet-Lake-S launch. The motherboards featuring Z490, H470/Q470, B460, and H410 chipset have all been listed at EEC (Eurasian Economic Commission).

This is the first trace of Intel’s high-end mainstream Z490 series, as the company could abandon Z_70 chipsets altogether. This is another step to differentiate the offer from AMD’s, simply by changing Z_70 to Z_90 and also B_50 to B_46. 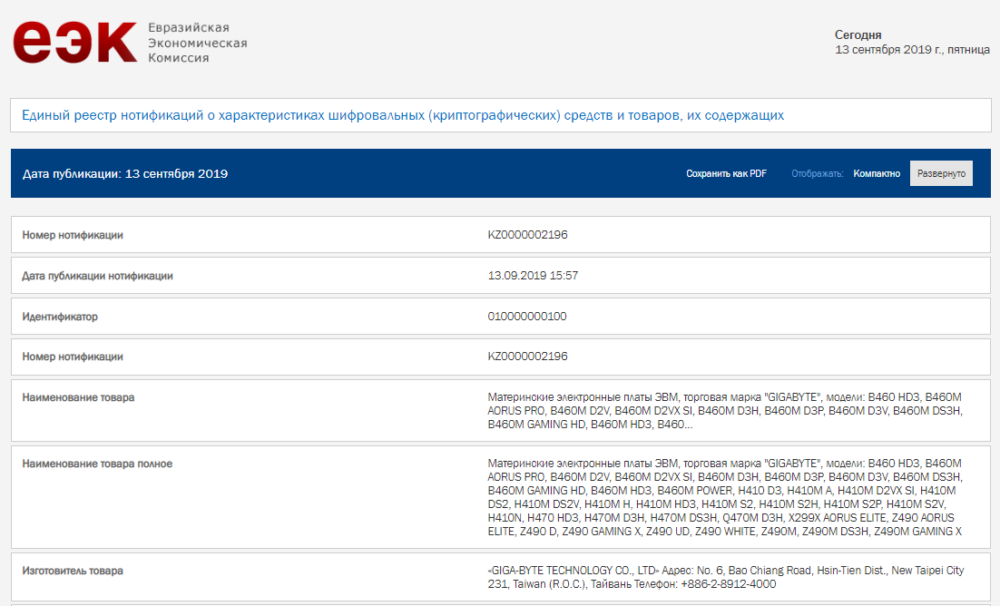