AORUS released one of the largest graphics cards thus far.

We have been waiting for Gigabyte to publish the full specs of the AORUS RTX 4090 Master. The company is yet to declare the GPU clocks, but full physical specs have now been confirmed.

For now, this card will be the flagship SKU based on Ada RTX 40 series before Gigabyte reveals its Aorus Xtreme series. But the Master is already one of the largest cards the company has ever made. The official photos show a miniscule dual-slot I/O bracket for a card that needs four slots on a motherboard.

AORUS Master is equipped with three 11 cm fans. To give you some perspective, Mini-ITX GPUs can be as small as 17 cm. With a length of 35.8 cm and width of 16.2 cm, this card could easily fit four stacked ITX cards inside, and yes, we did the math.

The volume of RTX 4090 Aorus Master is 4,383 mm³, which is five times the volume of Gigabyte’s own ITX card. Alternatively, it could fit almost ten Radeon RX 6400 low profile cards. There is probably no scientific point in these calculations, but the size gap between RTX 40 and 30 series is already staggering. 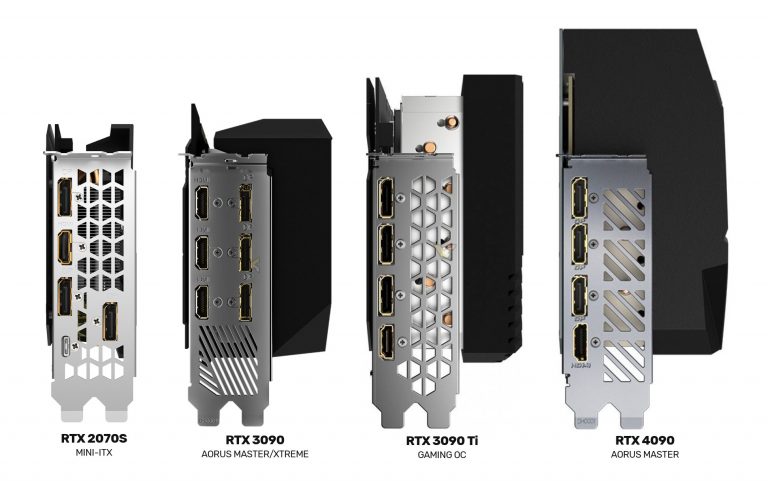 Gigabyte is one of the very few companies not adding a triple- or even quad-slot I/O brackets to their cards. One might say it is just their ‘thing’. Worth noting that different AORUS cards often share the same PCB and I/O brackets. Therefore, the company might simply swap coolers to something entirely different (waterblocks/AIO kits) but still retain the same production line. 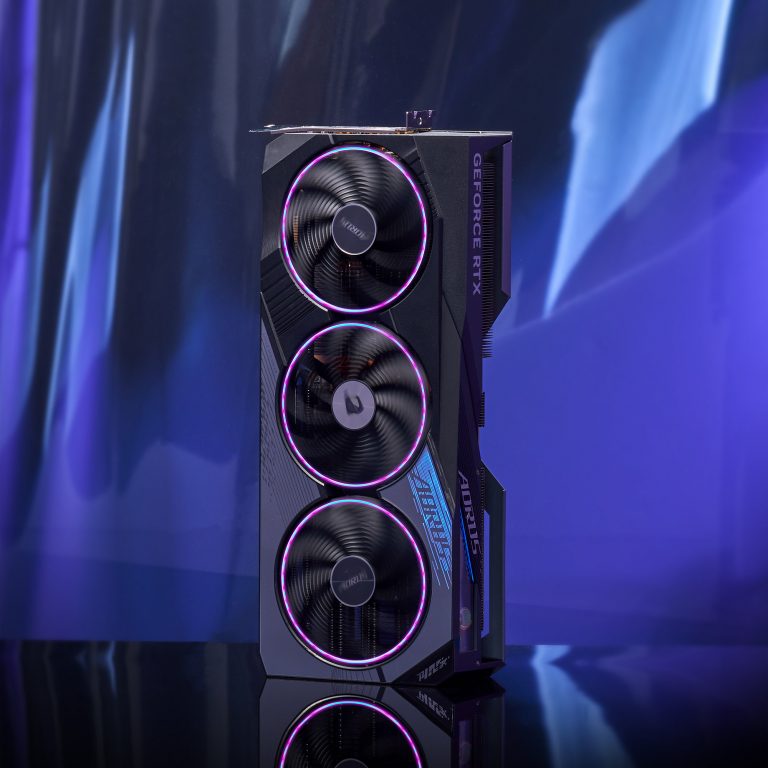 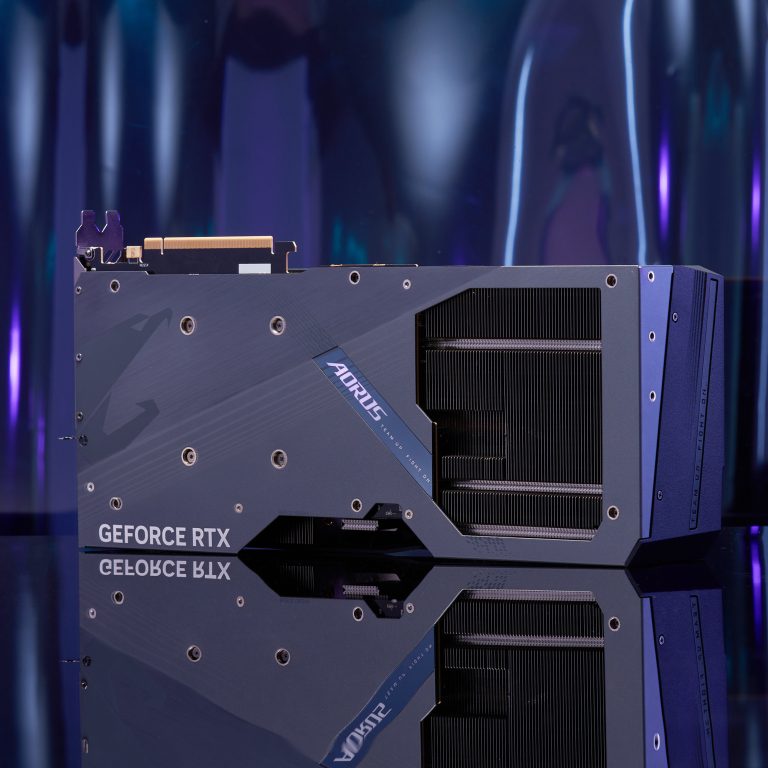 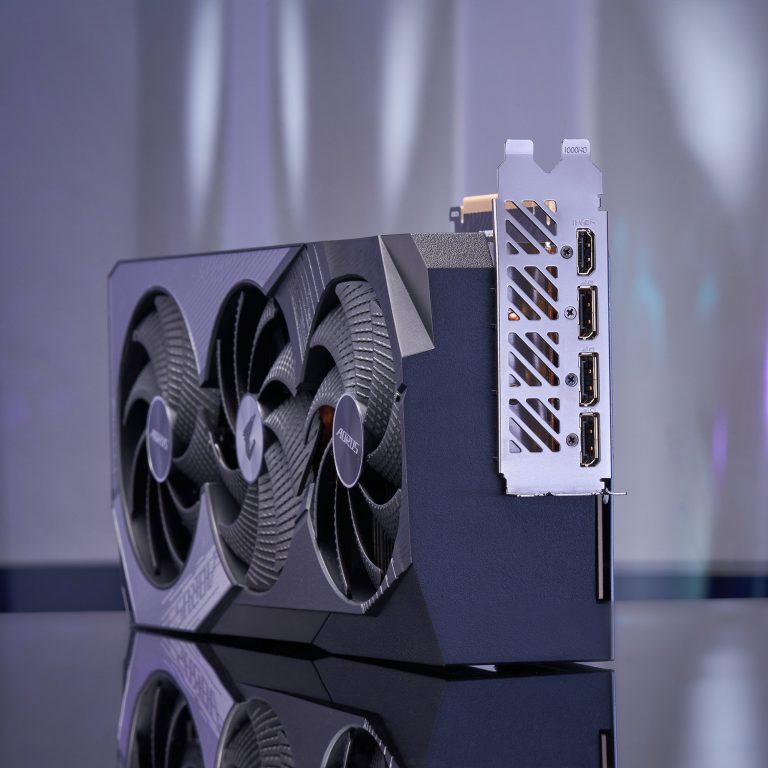