The first Z690 motherboard has been pictured.

AORUS motherboard that has leaked on social media features DDR4 memory. This is actually one of the boards that had already appeared in the Eurasian Economic Commission regulatory office leak. Only this time we get to see the first photo of the actual Z690 motherboard, including its new LGA1700 socket. The picture comes from a datasheet written in Chinese, which is probably being delivered to retailers for promotional purposes. 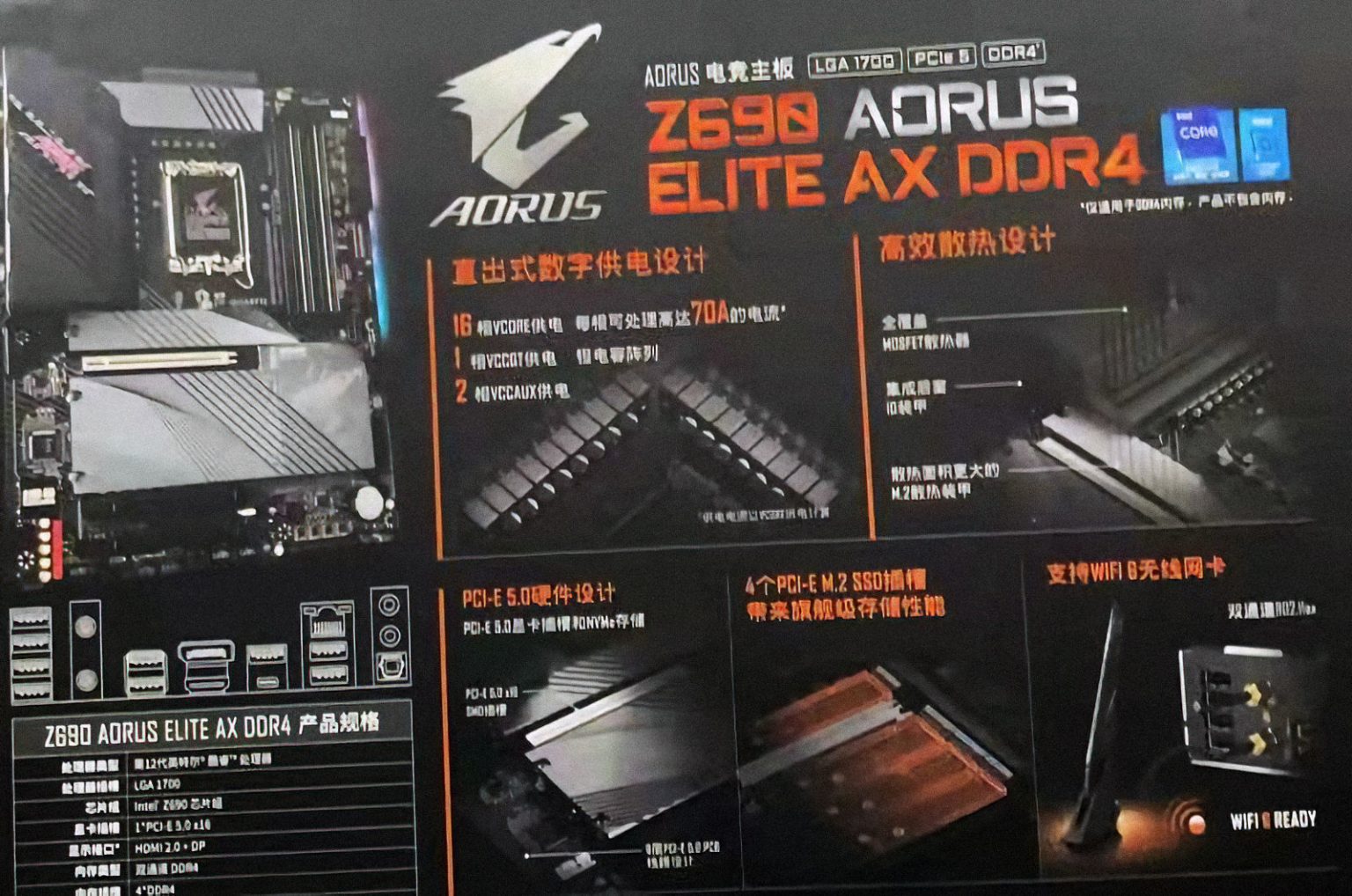 The Z690 AORUS Elite AX DDR4 is equipped with a 16+1+2 VRM design, with a large passively cooled heatsink around the CPU. The board is kept in a silver and black color scheme without minimal RGB elements. This of course is not the top tier in the AORUS lineup, which is reserved for Master and Xtreme boards, but it’s a big step up from the last generation.

The board features as many as four M.2 slots for PCIe M.2 SSDs and WiFi6 connectivity. More importantly, we get to see the PCIe Gen5 with an interface with 16 lanes for discrete GPUs.

Intel is set to launch Z690 motherboards on November 4th, which is also the date for 12th Gen Core CPU launch.