According to the slide posted at Xfastest forums, Gigabyte’s X399 Aorus Extreme will be the first motherboard to support 32-core HEDT CPU, announced by AMD at Computex last month. This would ultimately confirm that Gigabyte has no plans for X499 motherboards in a near future.

The X399 Aorus Extreme is the highest-end motherboard for AMD Ryzen family, featuring four reinforced PCIe, eight reinforced memory slots, a full backplate, 10+3 VRM power design, three M.2 slots and of course WiFi accompanied by triple Ethernet, including 10 Gbps connection (because why not). That said, this motherboard has everything, except a low price tag.

The Threadripper 2000 series are likely to be announced towards the end of July, during a special press event prepared in collaboration with Ferrari. 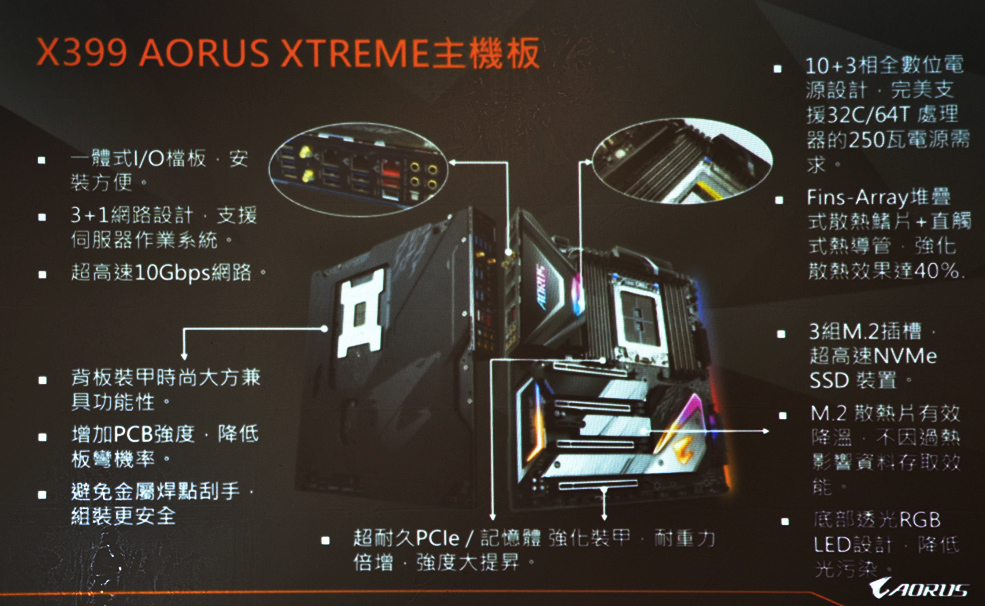