Another company unveils its PCIe Gen5 compatible power supply, but it is just another example of the confusion surrounding the new PCIe Gen5 power cable.

Gigabyte UDM1000GM PG5 is a 1000W power supply with 80+ Gold efficiency certification. It is a compact supply with full modular connectors. Among those connectors is the new power standard for next-gen GPUs. 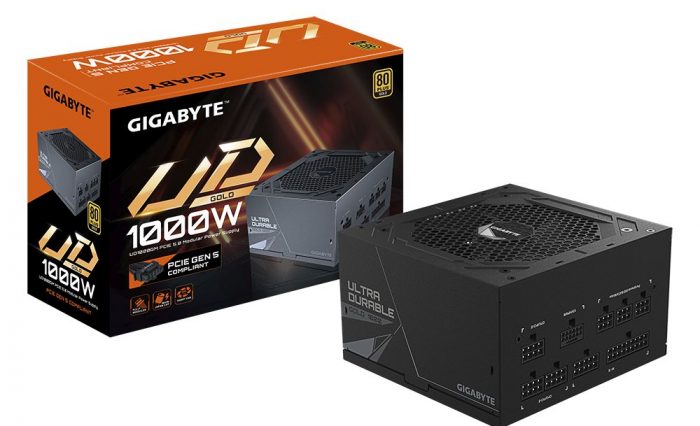 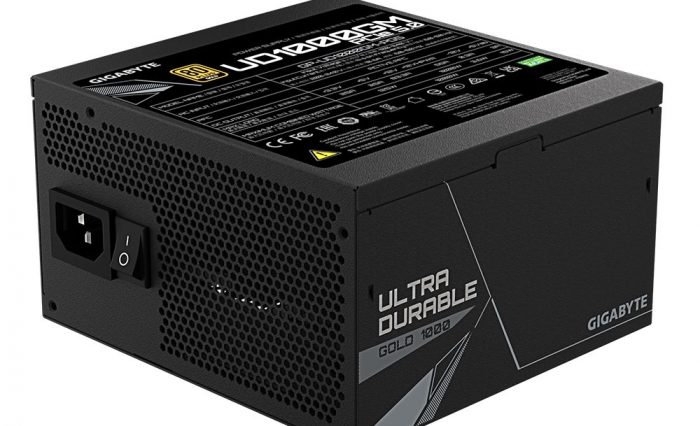 PCIe Express 5.0 specs define a new power connector and cable officially known as 12VHPWR spec. The problem is that power supply makers have no idea how to call it. The newest example comes from Gigabyte which has just announced its UD1000GM PG5 power supply.

The company is using as many as four different names for this new connector/cable setup:

Technically they are all correct, but the market should really have a single and easy-to-remember name. We already have 6pin, 6+2pin, 8pin, and 12pin power cables, so naturally one would expect 16-pin to be adopted widely, however, it is not ‘technically’ 16-pin power cable, but a combination of 12 power/mass connectors and 4 data cables to ensure security and compliance with PCIe Gen full 600W specs.

The confusion is illustrated by the Gigabyte product page, who are using all these names simultaneously and exchangeably: 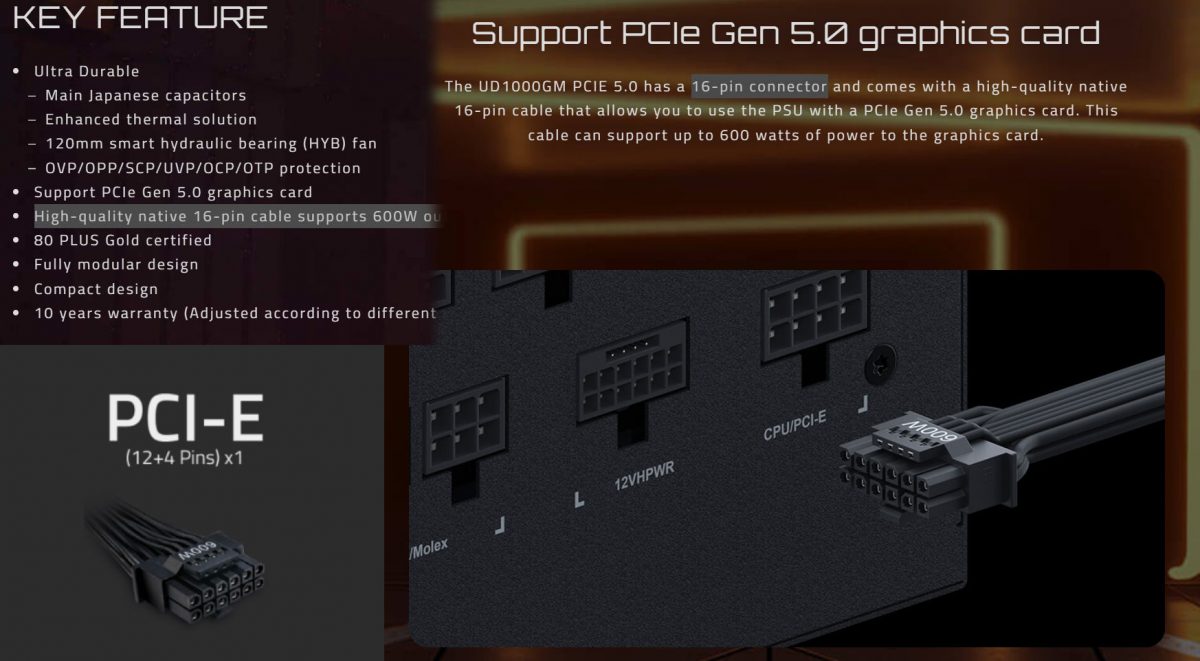 As for the power supply itself, it’s a new variant of the existing model. The new version simply replaces two 8-pin power connectors with a single 12+4-pin cable.

There is currently no information on the pricing or release date for the UDM1000GM PG5 power supply. With the announcement of ASUS Loki, MSI MPG/MEG, and CoolerMaster Gen5 compatible supplies, customers will have plenty of choices once NVIDIA GeForce RTX 3090 Ti launches, supposedly the first card to comply with this standard.