Last week Gigabyte confirmed that hackers had breached the security of the company’s servers. The company was quick to take action and the attack had no effect on the operation of the company, a representative had confirmed to UDM.

Hackers have breached the security of Gigabyte servers in the week of August 2nd, which forced Gigabyte to shut down some of its systems. Gigabyte claims that its daily operations have not been affected. The GPU and motherboard manufacturer is now cooperating with law enforcement and security experts to handle this cyberattack that affected a small number of Gigabyte servers.

Meanwhile, a message from the hack has been published by TechPowerUP. The message confirms that it was a cyberattack that encrypts the data and the company will be forced to pay in order to decrypt it. That is unless Gigabyte stored an external copy of all files. In that case, there is no risk of losing the data, but rather that the data may be released to the public.

While Gigabyte did not confirm the contents of the servers that had been hacked, it is said that the group called RansomEXX might have accessed 112GB of confidential information featuring AMD, Intel, and AMI documents. Those files could be the blueprints for next-generation devices, product roadmaps, or security keys for UEFI/BIOS/TPM data/keys. The release of any of that information may have serious consequences for Gigabyte. 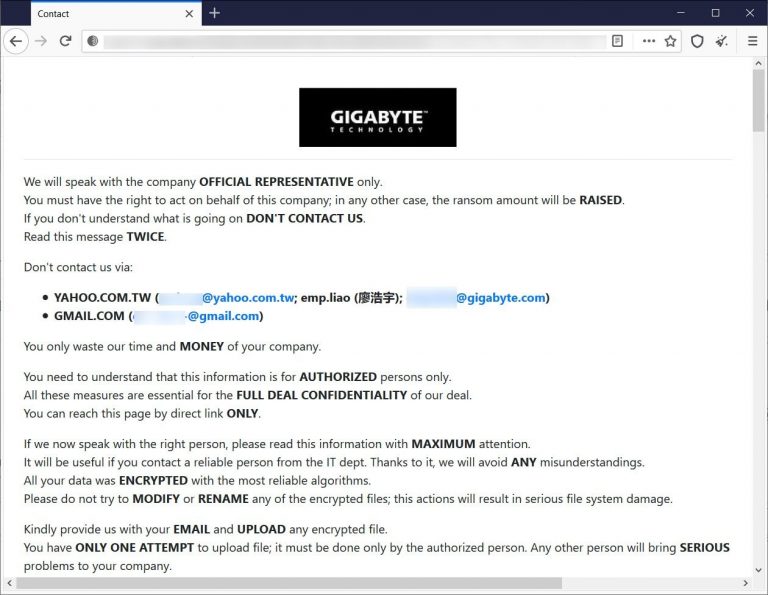