An interesting discovery by tech reviewer and overclocker Der8auer. He tested and later took apart an AORUS Master GPU based on RTX 4090 series.

As it turns out, the RTX 4090 or AD102 GPU could have supported the NVLink connector. The board layout from Gigabyte card clearly shows hidden tracing for the connector, but it was never turned into a real NVLink. As we know, NVIDIA scrapped the idea of adding multi-GPU connector for their flagship gaming GPU, and it looks like none of RTX 40 cards will get one at this point.

As shown, Gigabyte team was clearly designing their cards for NVLink, and this applies to both the AORUS Master or Gaming OC variants. We took PCB photos from TechPowerUp RTX 4090 coverage, and compiled them into one. This shows that Gigabyte was the only company that anticipated NVLink on their cards. 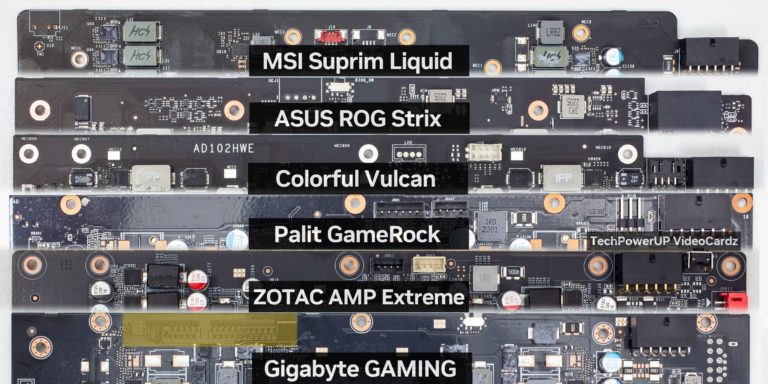 The lack of NVLink is a blow to enthusiasts and content creators who used multi-GPU instances for their work. For gaming, multi-GPU rendering was extreme hard to make efficient, not to mention the absurd cost of dual-GPU configs.

Are any of the VideoCardz readers missing the NVLink connector, or is it something that NVIDIA should have kept at least on their flagship gaming cards?