In late August we received a set of photographs featuring a Gigabyte AORUS graphics card equipped with 20GB memory. The person that shared the photos with us did not provide any further details, which is why we were not sure if this card really did exist. As it turns out it does, but as far as we know such cards are only sold in St. Petersburg in Russia. 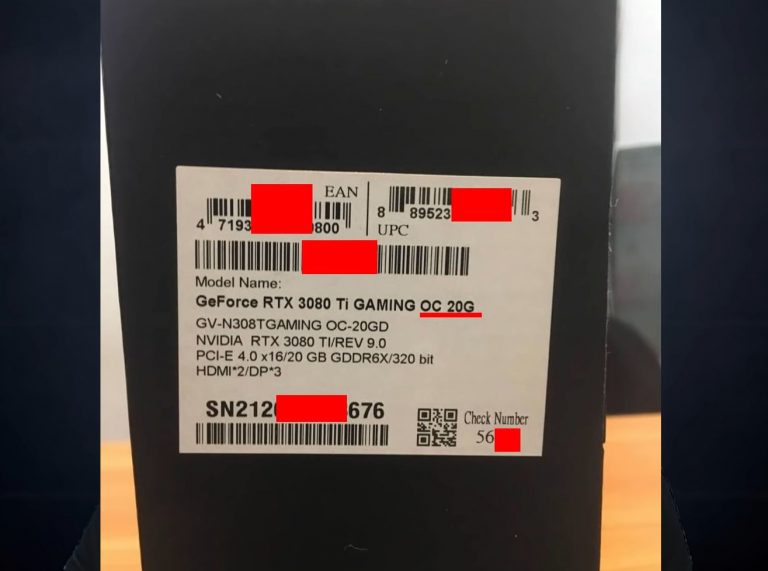 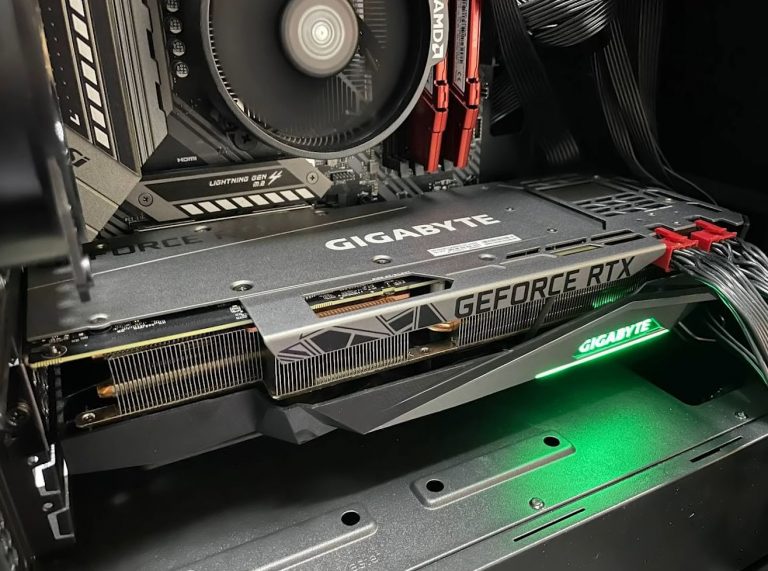 Russian YouTuber КОЛЯ МАЙНЕР gained access to the card as soon as he learned where exactly they were available. From what is being said in the video that he made it appears that he had remote access to the card installed at the retailer’s warehouse.

The 20GB model of RTX 3080 Ti certainly does sound interesting to many enthusiasts, but unfortunately in this case the card only works in cryptomining. It lacks proper drivers (it is unsupported by the official Game Ready driver). The YouTuber actually tried to learn more about the card, such as finding drivers for this model, but Gigabyte Russia has responded that the company does not have such a model.

Interestingly the BIOS for this SKU  has already been shared through TechPowerUP GPU-Z software. It seems that there are at least three Gigabyte models out in the wild with 20GB memory: Gaming OC (which YouTuber tested), Aorus Xtreme, and Aorus Master. With the BIOS publicly available modders can now physically attach 20GB of memory to the card and use this BIOS to test it. Unforutnately this also means that the card won’t work in games, as this SKU lacks official support. 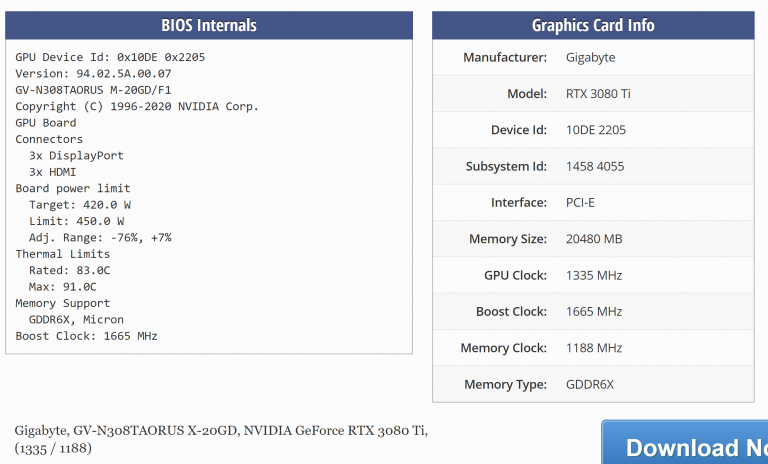 What is definitely interesting is the fact that this RTX 3080 Ti 20GB model is not equipped with LIte Hash Rate (LHR) algorithm. This means that the card was either manufactured before NVIDIA decided to put LHR on new Ti models, or that this model was supposed to launch later, but was eventually canceled. Yet, some cards magically still ended up at retailers and it wasn’t just packaging misprint.

The card was already preconfigured on-site by the retailers to operate at +100 MHz on the core and +1000 MHz on the memory while being power limited to 80% of its TDP. The YouTuber then tested the card with the various crypto algorithms. By far the most interesting results are from Ethereum mining using either Gminer or NBminer. In either software, the card offers 94 MH/s, nearly 64% higher than RTX 3080 Ti 12GB. The store actually provided a screenshot showing even 97.79 MH/s, but the YouTuber wasn’t able to achieve this (possibly because he was also streaming on the same PC).

The YouTuber revealed that the GAMING OC model which he tested was available at 225,000 rubles, which is 3,070 USD. This means that with the most profitable mining algorithm the card will pay off itself after more than 400 days.