Gigabyte RTX 3050 has been listed for 492 EUR in Lithuania

Lithuanian retailer “Kilobaitas” is among the first to officially list GeForce RTX 3050 graphics cards ahead of launch.

Gigabyte’s RTX 3050 Gaming OC model equipped with GA106-150 GPU and 8GB GDDR6 memory is now available for preorders. The card is already in stock and can be ordered it seems. With the price of 492 EUR, we are looking at around a 76% higher listing compared to the NVIDIA’s ‘recommended retail price’ (279 EUR). 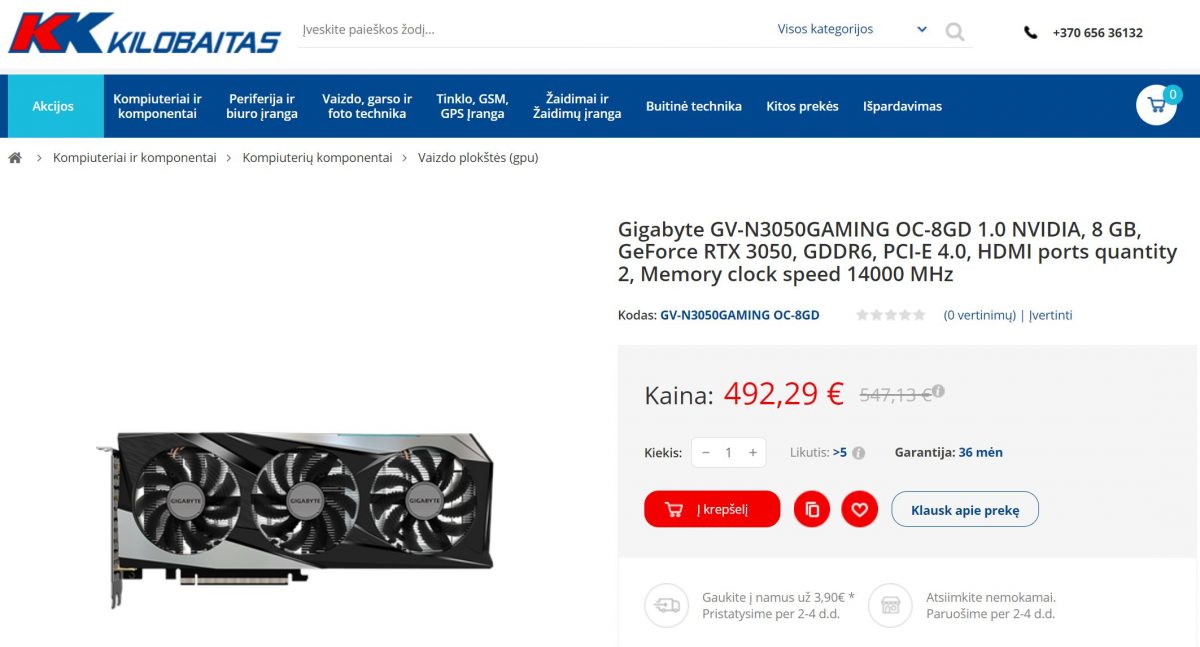 The most recent news puts RTX 3050 desktop GPU alongside GTX 1660 Ti graphics, but only as long as gaming without raytracing and DLSS is considered. Those features are not available with the Turing model. In comparison, the cheapest GTX 1660 Ti can be found for ‘as little’ as 459 EUR, according to Geizhals.

The supply of RTX 3050 cards appears to be very good, much better than most recent NVIDIA launches. Sales might be slowed down by still inflated retail pricing though. Many customers may wish to consider other options.

It should be noted that RTX 3050 is launching on January 27th, however, reviews will be posted a day sooner. At this moment we do not have any information on potential preorders, so first orders should not be taken before the official launch date.