According to the first retailer listing of the upcoming AMD Radeon flagship, the card might cost almost as much as RTX 3090 Ti. The graphics card from Gigabyte Gaming series has been listed by Australian retailer for 3,241 AUD (2,400 USD).

Although this is a very fresh listing and clearly a placeholder that mentions RX 6900XT SKU, the product code matches the leak from Eurasian Economic Commission regulatory office, as shown below. 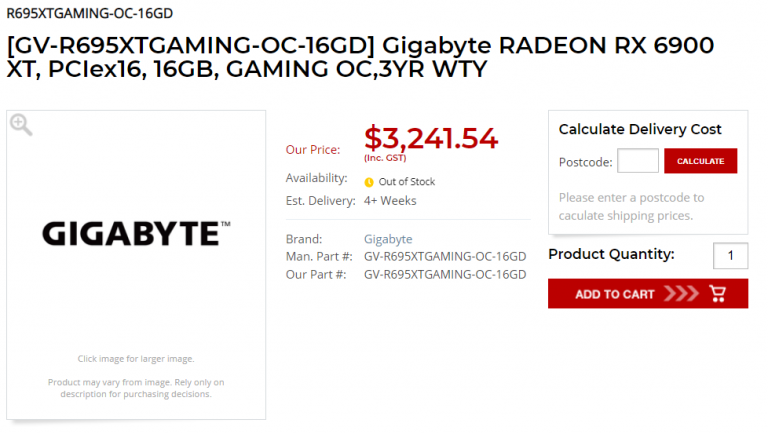 The list of upcoming Gigabyte RX 6950XT, RX 6750XT and 6650XT SKUs now public thanks to the Gigabyte filing to EEC:

According to our information, AMD has pushed back the launch date from April 20th to May 10th. There is a chance that we might get a teaser or official confirmation from AMD sooner. Thus far, AMD has not confirmed it is launching a refreshed RX 6000 cards with 18 Gbps memory.