AMD Renoir is coming to Mini-PCs

Gigabyte will soon refresh its BRIX Mini-PC lineup with AMD Renoir SoC featuring Zen2 core architecture. A product tease has been posted on Gigabyte’s micro-site with a very brief description of the next-generation AMD BRIX.

Gigabyte will be updatings its AMD Brix lineup from the Raven Ridge series, which are almost two years old now. The upcoming Renoir devices will receive an upgrade on almost all fronts, including WiFi 6 and 2.5GB Ethernet connection. Up to 4 displays offering 4K resolution will be supported thanks to AMD Renoir built-in Vega graphics. The main upgrade will of course be the compute performance coming with 8 cores and 16 threads offered with the top Ryzen 4000U processors.

Gigabyte will offer two versions of the new BRIBX series, including Tall and Slim versions. Those devices might be a very interesting choice for Home Theater PCs, mostly due to powerful graphics and fast Ethernet connection. 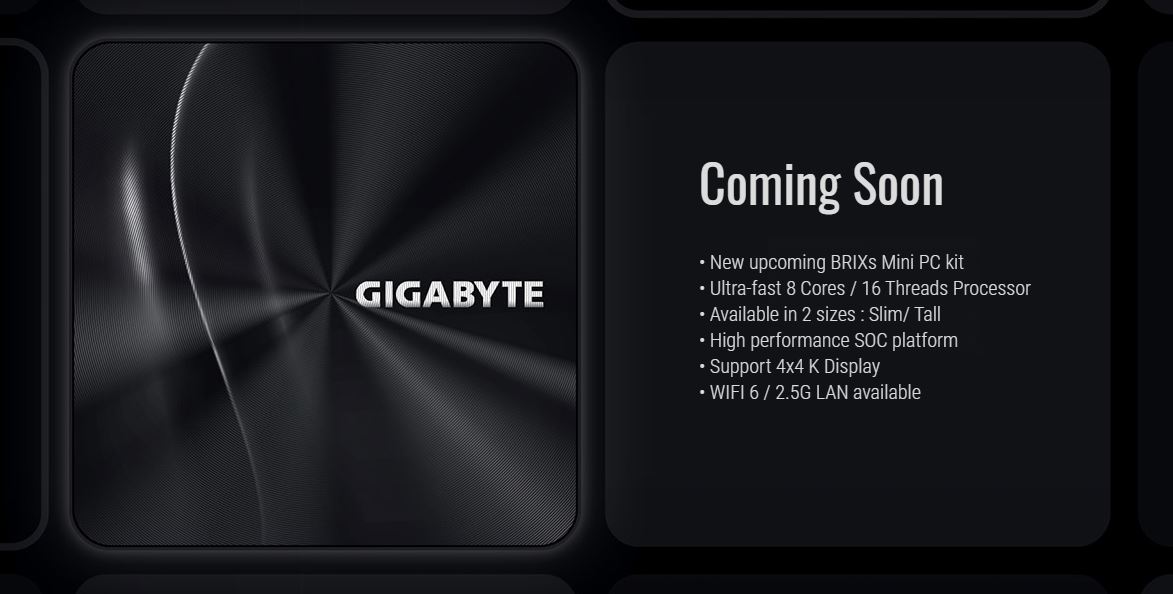