Obviously such memory overclocking require LN2 cooling (for both the CPU and memory), lots of experience and patience, but also platform adjustments. In this case, HiCookie used Intel Core i9-12900K processor which has been downclocked to 2.1 GHz and reduced to dual-core configuration.

A Gigabyte Z690 AORUS Tachyon motherboard was used, which is a special model designed for overclocking. It only hosts two UDIMM slots, but for attempts like this, only one slot is occupied.

HWBOT competition requires validation with oscilloscope measurement. This ensures that the world record that has been broken is valid. 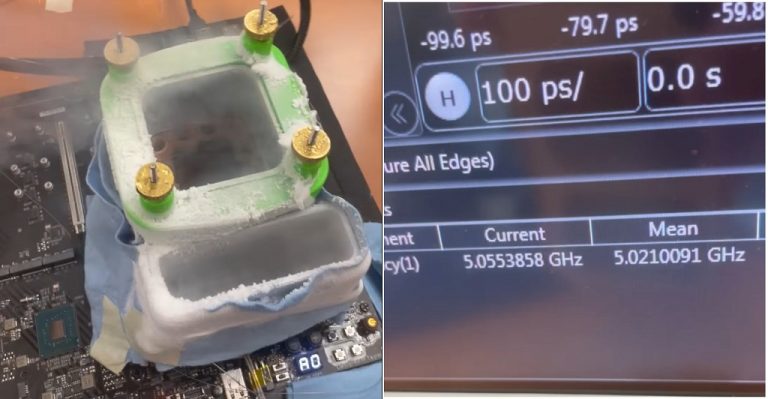 The 10,000 Mbps memory transfer speeds are still a domain of extreme overclocking, while the fastest DDR5 kits currently on sale are still sub 7000 MT/s. Memory makers are slowly releasing faster kits and gradually lower the price of existing DDR5 modules. Yet, the price of DDR5 memory is still more than twice as high as DDR4. Hopefully this will change once Intel releases its Raptor Lake series and AMD announces its first DDR5 consumer platform known as AM5.