The first NVIDIA board partner to officially launch its next-gen mining card.

NVIDIA announced that its Crypto Mining Processor HX series will be released by the end of the first quarter. Until today we have not seen any board partner showcase these new mining cards on their websites. Gigabyte has therefore become the first board partner to list the CMP 30HX graphics card, the first and so far the only model from the new series to reach the market.

Yesterday we reported that Gigabyte CMP 30HX is now on sale in Romania for around 720 USD. At this moment it is unclear if this price reflects the MSRP that was set by NVIDIA or Gigabyte.

The manufacturer has neither confirmed the GPU variant that is being used by the CMP 30HX model nor how many FP32 cores does it have. This information, however, has been available to us for a few weeks now, so it is not a secret that CMP 30HX features Turing TU116-100 GPU with 1408 CUDA cores. Gigabyte did confirm the memory specs of 14Gbps 6GB GDDR6 at 192-bit though: 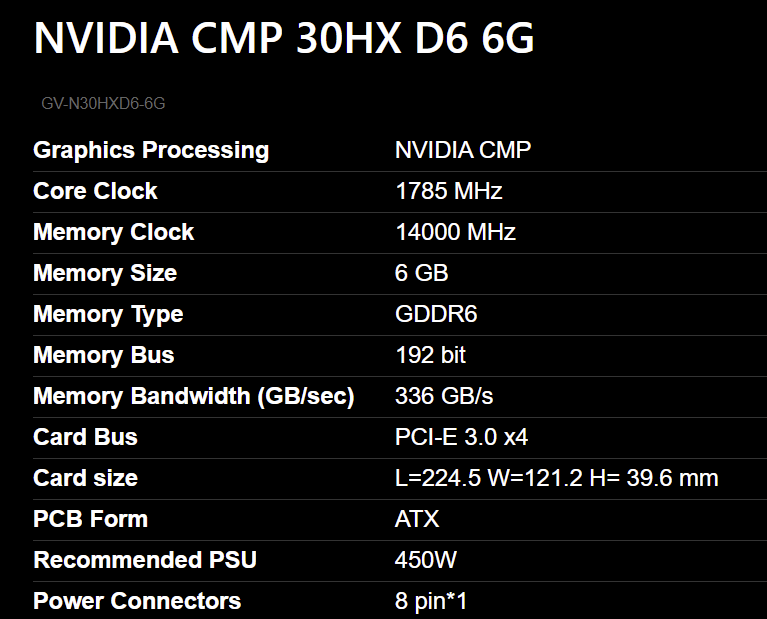 The CMP 30HX is the slowest mining card that has so far been released. NVIDIA is also launching CMP 40HX with TU106-100 GPU and CMP 50HX with TU102-100 GPU. The manufacturer is allegedly also preparing two Ampere-based models called CMP 90HX and CMP 170X. Those however should not be expected till May. 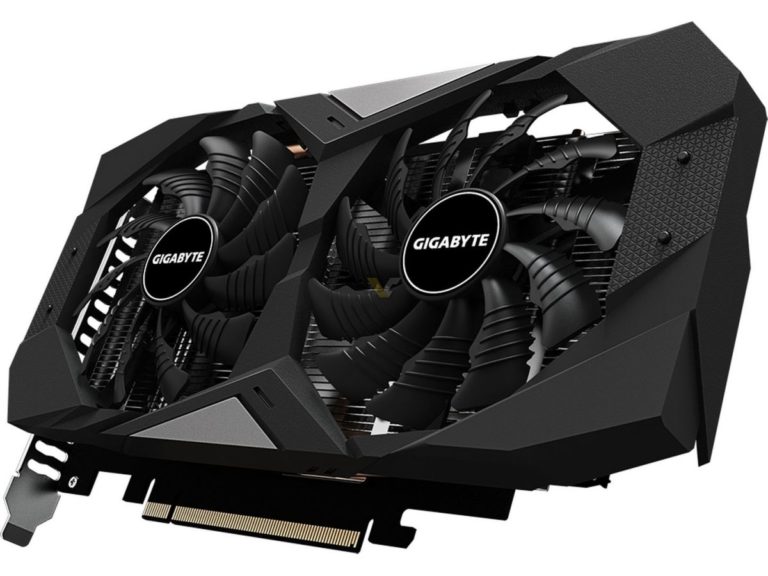 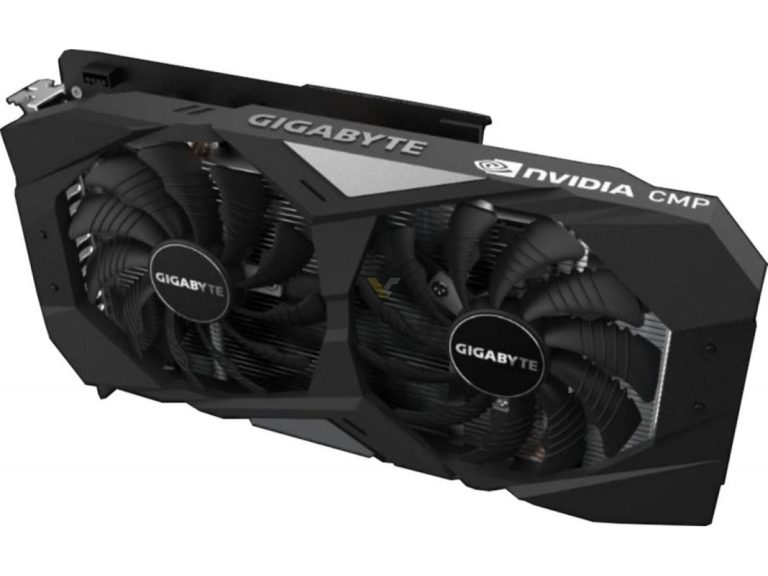