The manufacturer had already released RTX 3080 AORUS Xtreme WaterForce WB. This rather lengthy product name basically means that the card is part of the AORUS series, Xtreme variant (the top of the line), Waterforce (water cooling), and WB (with a water block).

The new model cover in this article is not part of the AORUS series but Gaming, which usually means a lower-spec’ed variant. The card does indeed have a narrower PCB than the Aorus Xtreme model, it also comes with fewer display connectors: 3x DP + 2x HDMI, while the Aorus card comes with three DPs. 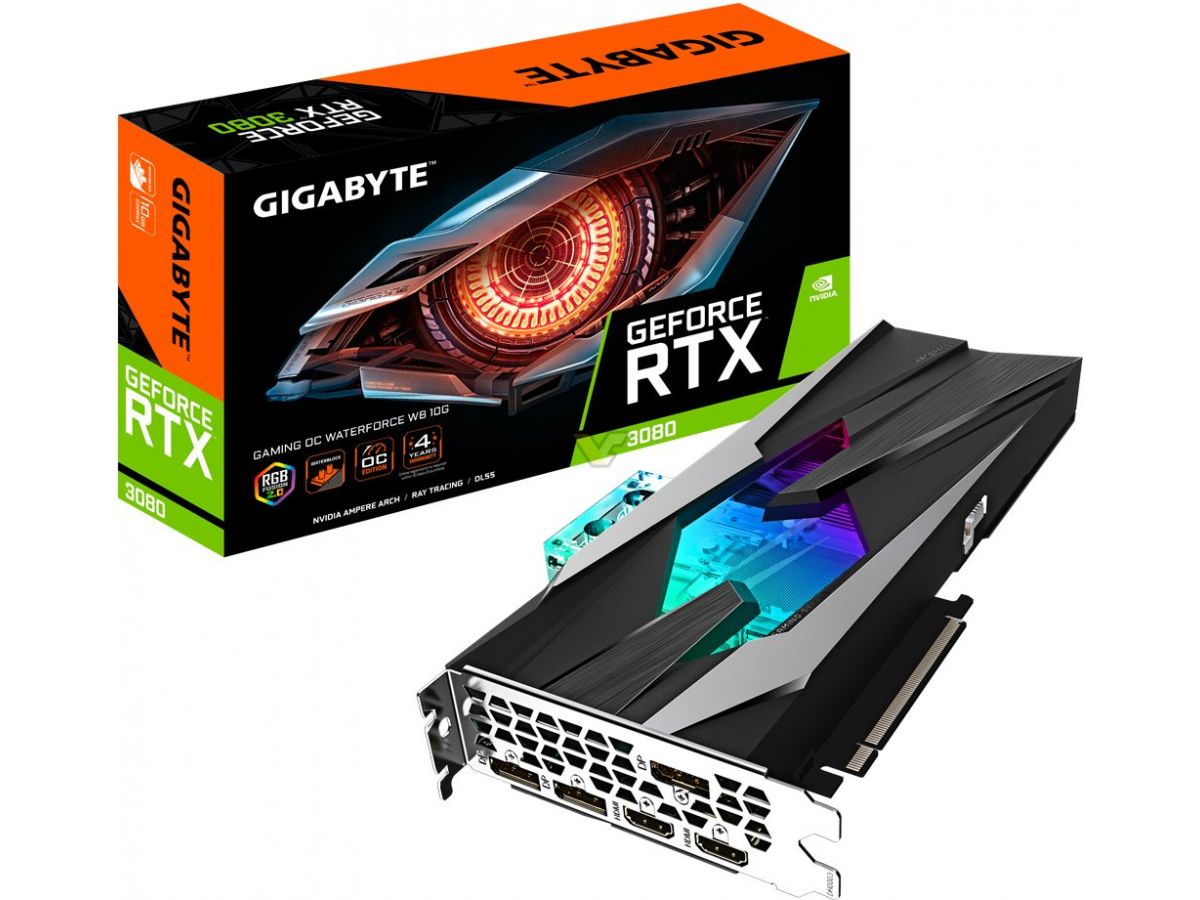 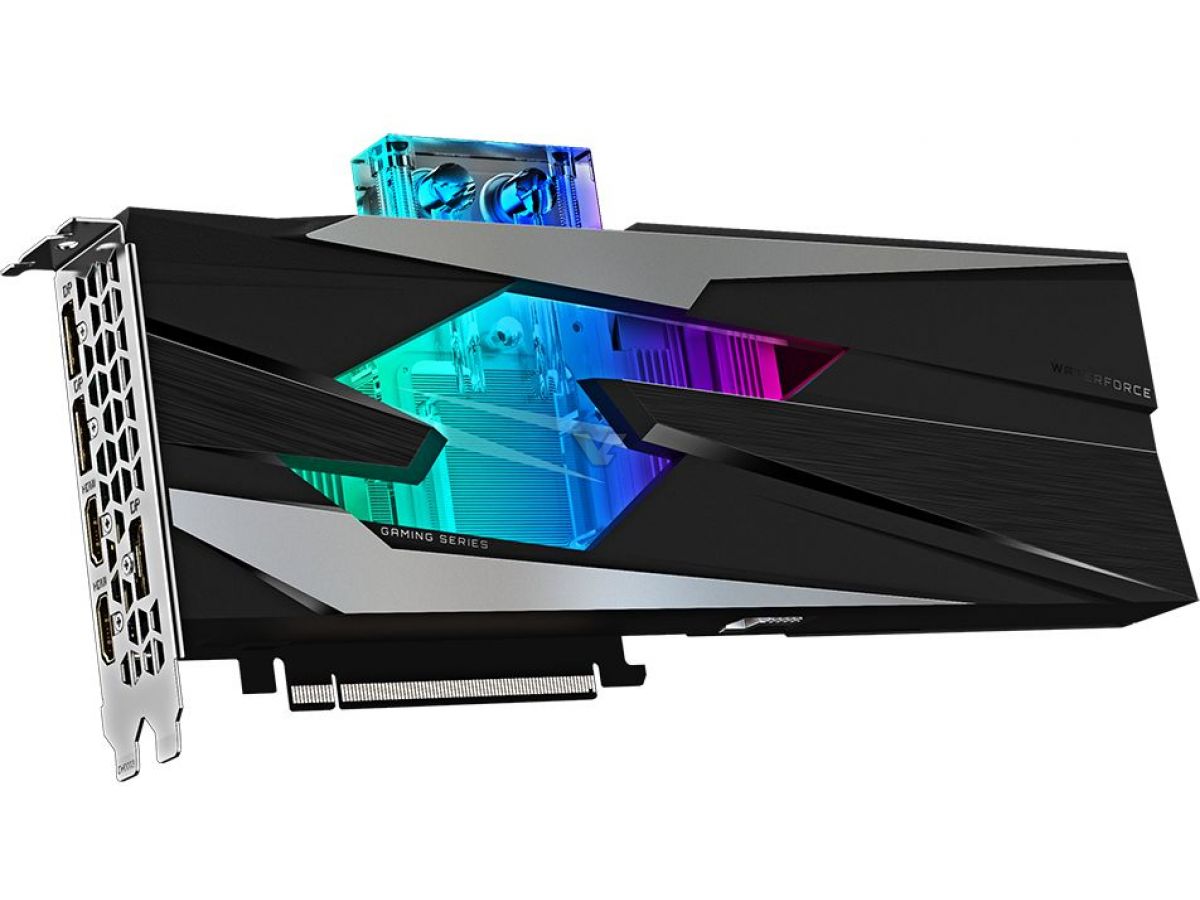 The design is visibly different, the water block is clearly smaller. The graphics card is a dual-slot design with a custom shroud covering the whole water block, but there is a small acrylic window right on top of the GPU. The water block appears to support Gigabyte’s RGB lighting system.

Unlike the Aorus model, the Gaming WF WB does not appear to have leak detection (a unique feature of the premium series). The card is still factory-overclocked though, Gigabyte decided to increase the boost clock to 1800 MHz, which is 45 MHz lower than Aorus.

The new card looks more aggressive than previous designs based on Turing architecture. Gigabyte had never released its TU102 based Gaming WF WB series, but there was a TU104-based RTX 2080 SUPER model, which is attached below alongside RTX 3080 Aorus Xtreme variant: 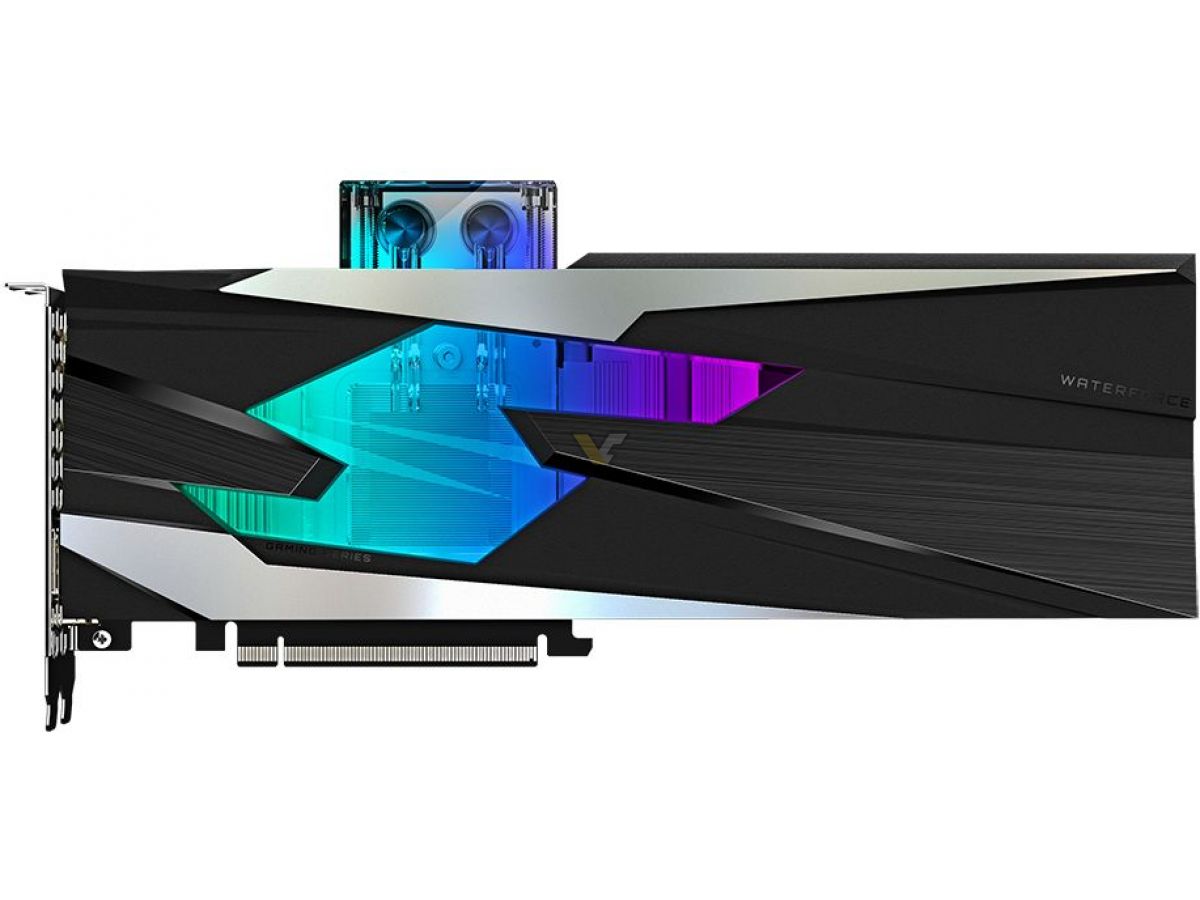 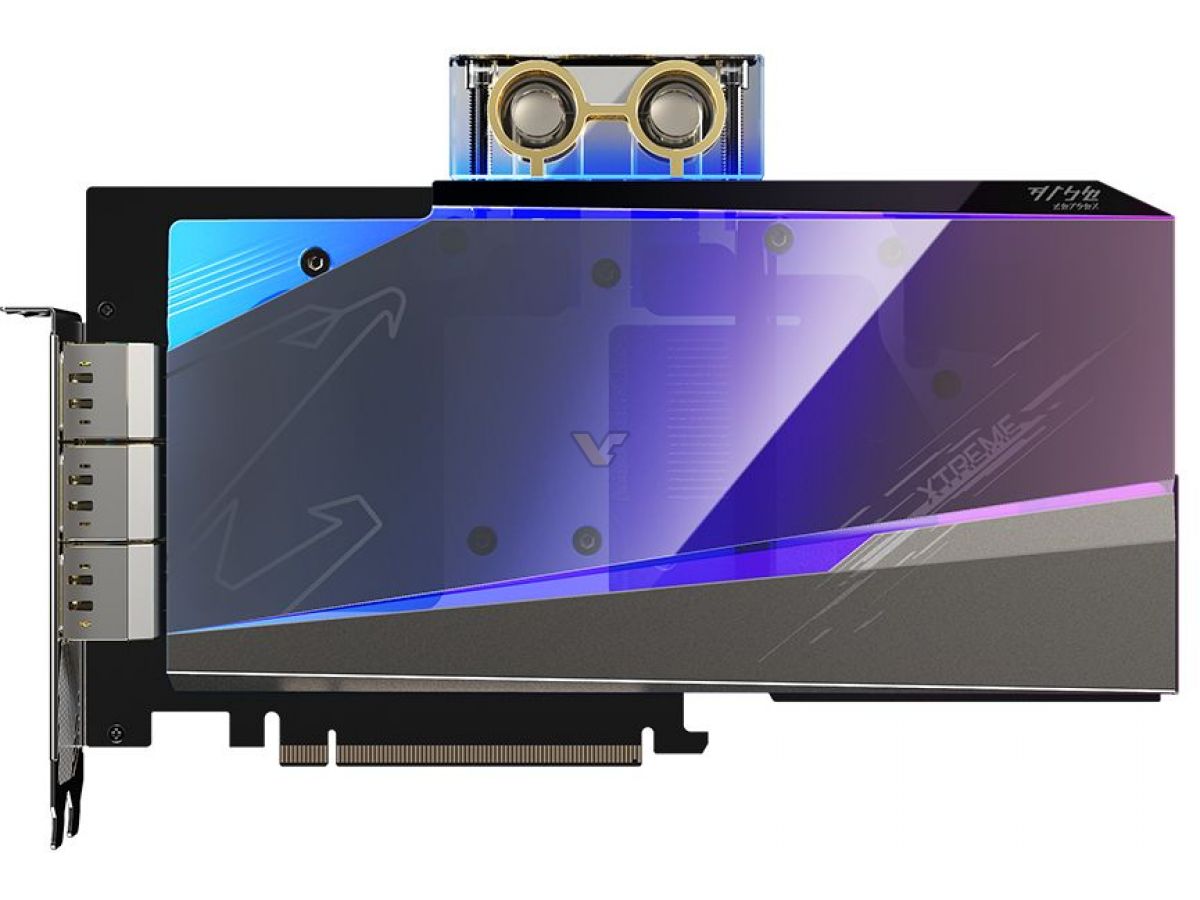 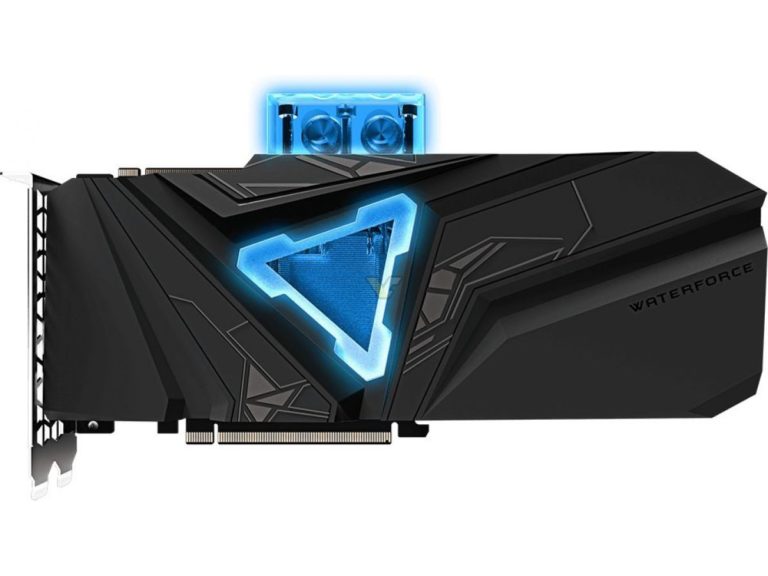 The card features GA102 GPU with 8704 CUDA cores. The RTX 3080 features 10GB of GDDR6X memory across a 320-bit memory bus. This model is equipped with two 8-pin power connectors and a custom display connector configuration (as mentioned above): 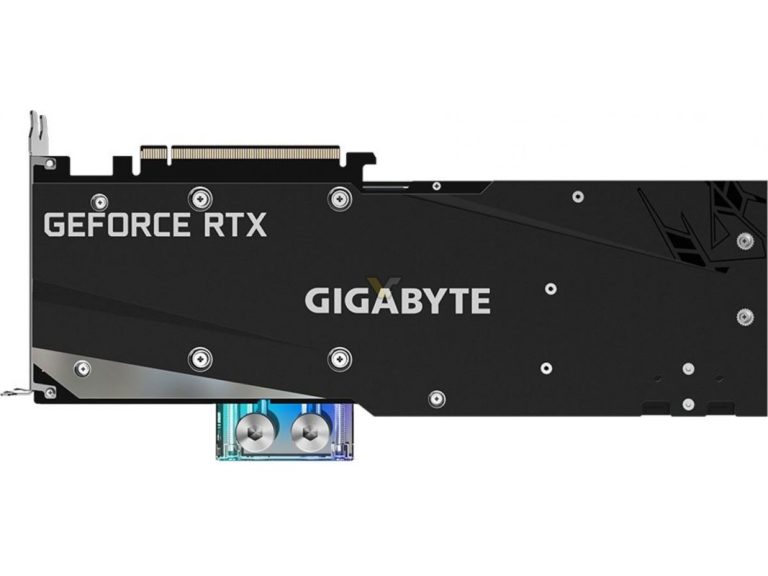 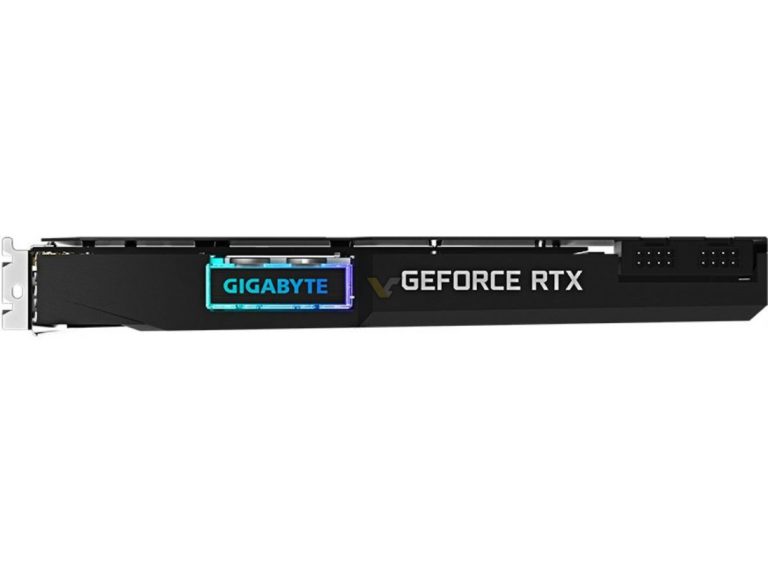 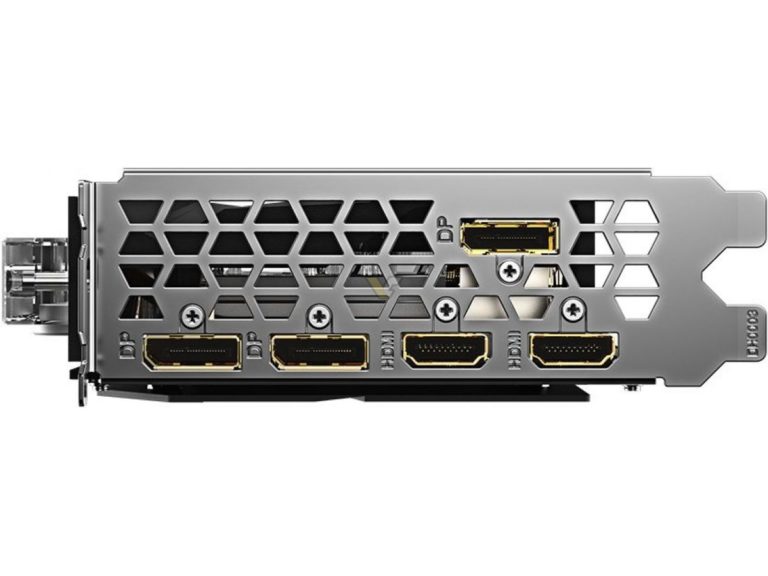