At least three new cards have now been confirmed by the retailer.

Kccshop claims that Gigabyte will launch RTX 4090 WindForce 3X, GAMING OC and AORUS Master models, all equipped with 24GB of memory. These are the first known custom models of this NVIDIA’s new flagship SKU.

What is definitely interesting about this ‘leak’ is lack of mention of RTX 4080 and RTX 4070 series. This might suggest that those cards are set to launch later. Otherwise, this retailer would have ordered more cards and we would’ve probably heard about this as well. 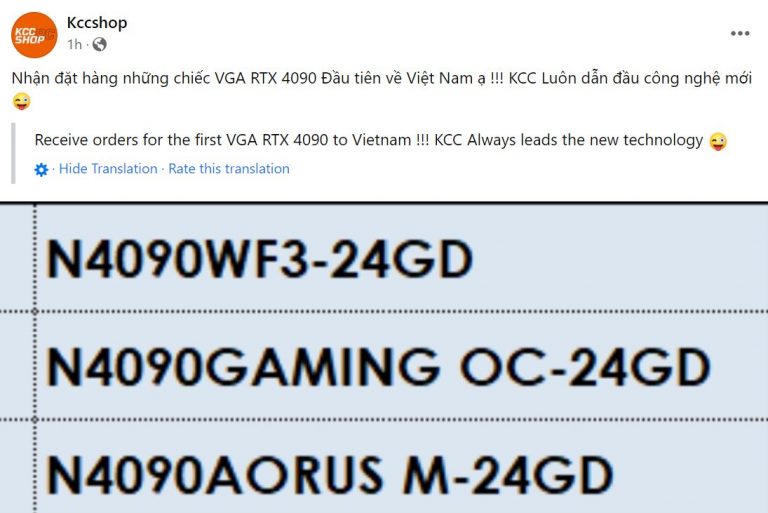 The RTX 4090 is rumored to feature AD102 GPU with 16384 CUDA cores and 24GB of GDDR6X memory. Earlier today there was leak featuring the cards performance in 3DMark TimeSpy benchmark. The card is supposedly 90% faster than RTX 3090.

NVIDIA announced GeForce Beyond special broadcast featuring the CEO Jensen Huang. It is very likely that he will announce the new series there.