Placeholder pricing for RTX 4090 is here

Gigabyte models are now confirmed by first retailer in Australia. The SKU models have become known thanks to the other retailer from Vietnam. So, not only are retailers already booking RTX 40 series to fill their ‘next-gen’ inventory, they are actively listing the new series on their websites already.

The RTX 4090 GAMING OC is listed at 4270 AUD (2916 USD), which is of course just a placeholder. Probably in line of what we usually see before each high-end GPU launch. 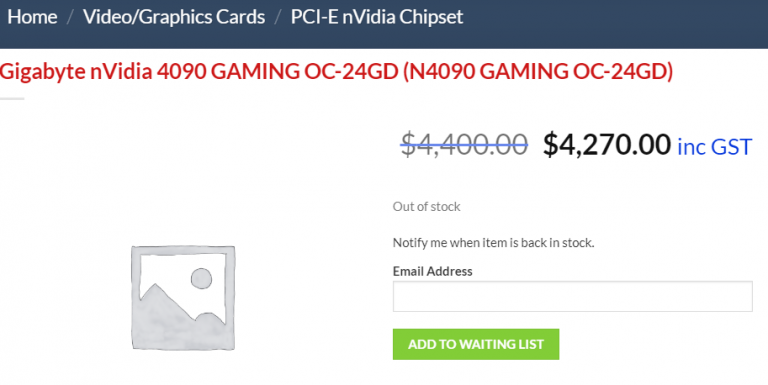 Meanwhile, another Australian store appears to have RTX 4090 AORUS Master (again from Gigabyte). It is not stated if 3,900 AUD price includes tax though, but this is equal to 2,615 USD, so in territory of peak RTX 30 series pricing during ‘complicated times’. 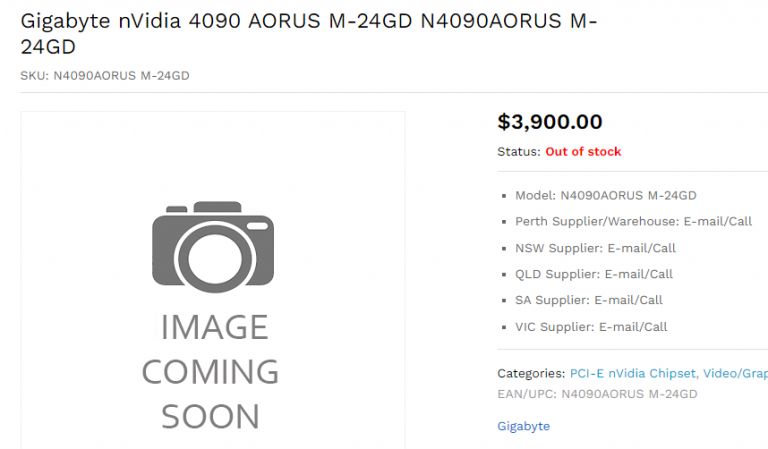 The RTX 4090 does not have a rumored price yet, nor has NVIDIA confirmed one to board partners. Early retailer pricing is just a good indicator that the launch is approaching and in this case, a confirmation on specific SKUs.