The Elite product line will be a third installment in the AORUS series, following Master and Xtreme. The AORUS Elite will feature a new cooling solution design with ARGB rings around the fans. These cards will feature neither an OLED monitoring screen nor RGB illumination on the backplate.

Gigabyte has plans for numerous designs based on the AORUS Elite series. It was previously leaked through EEC filings that the company will launch RTX 3080, RTX 3060 Ti, and RTX 3060 models but it was recently confirmed that we might be seeing Radeon RX 6700 XT AORUS Elite as well.

The graphics card pictured below is based on GA104 GPU. The RTX 3060 Ti AORUS Elite features 4864 CUDA cores and 8GB of GDDR6 memory across a 256-bit memory bus. The clock speeds have not yet been confirmed.

This particular model has custom display outputs of dual DisplayPort 1.4 and dual HDMI 2.1. It is also equipped with a non-reference PCB design equipped with 8-pin and 6-pin power connectors. The card requires around 2.7-slots, so it is not the thinnest RTX 3060 Ti design either. 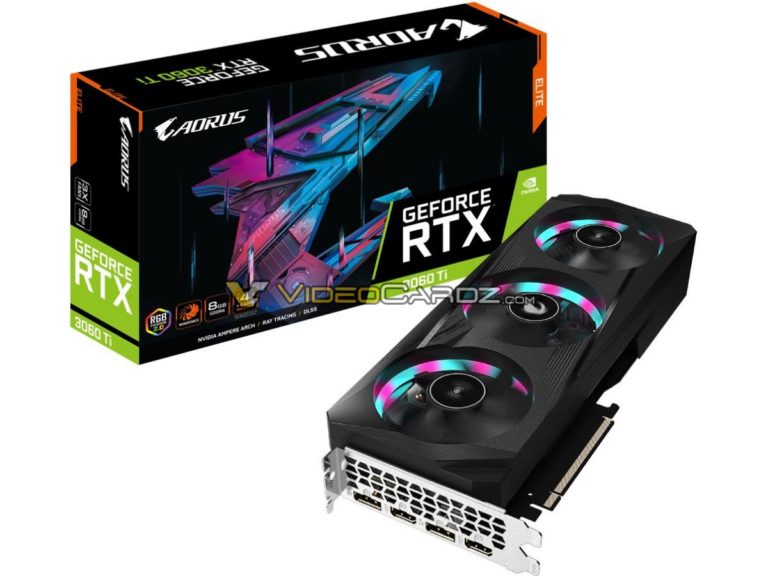 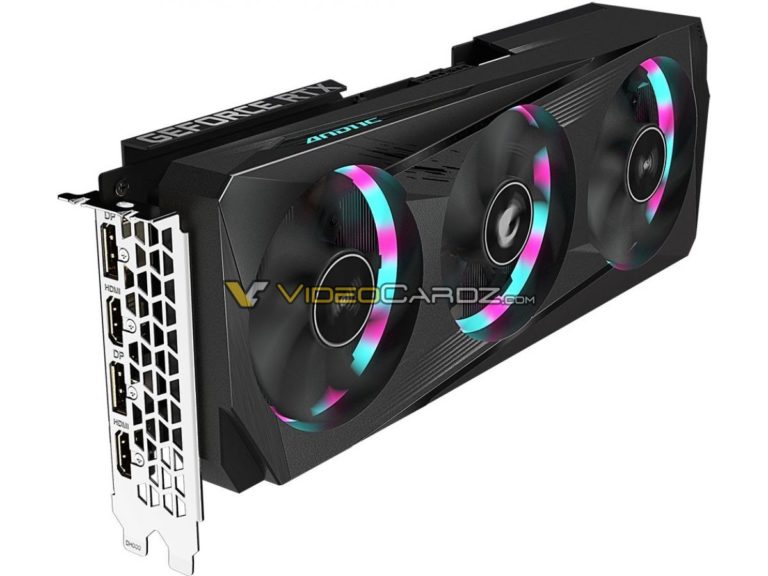