A new graphics card SKU from NVIDIA has been submitted for certification to Eurasian Economic Commission. Gigabyte is allegedly preparing four models based on GeForce RTX 3060 Ti SKU:

We have already confirmed that NVIDIA will introduce GeForce RTX 3060 Ti right after GeForce RTX 3070. The card would also feature Ampere GA104 GPU, but with 4864 CUDA cores. Similarly to RTX 3070, it would also pack 8GB of GDDR6 (non-X) memory across a 256-bit bus (the memory capacity is confirmed by the product codes above). The memory is liekly to be clocked at 14 Gbps, which provides a maximum bandwidth of 448 GB/s. 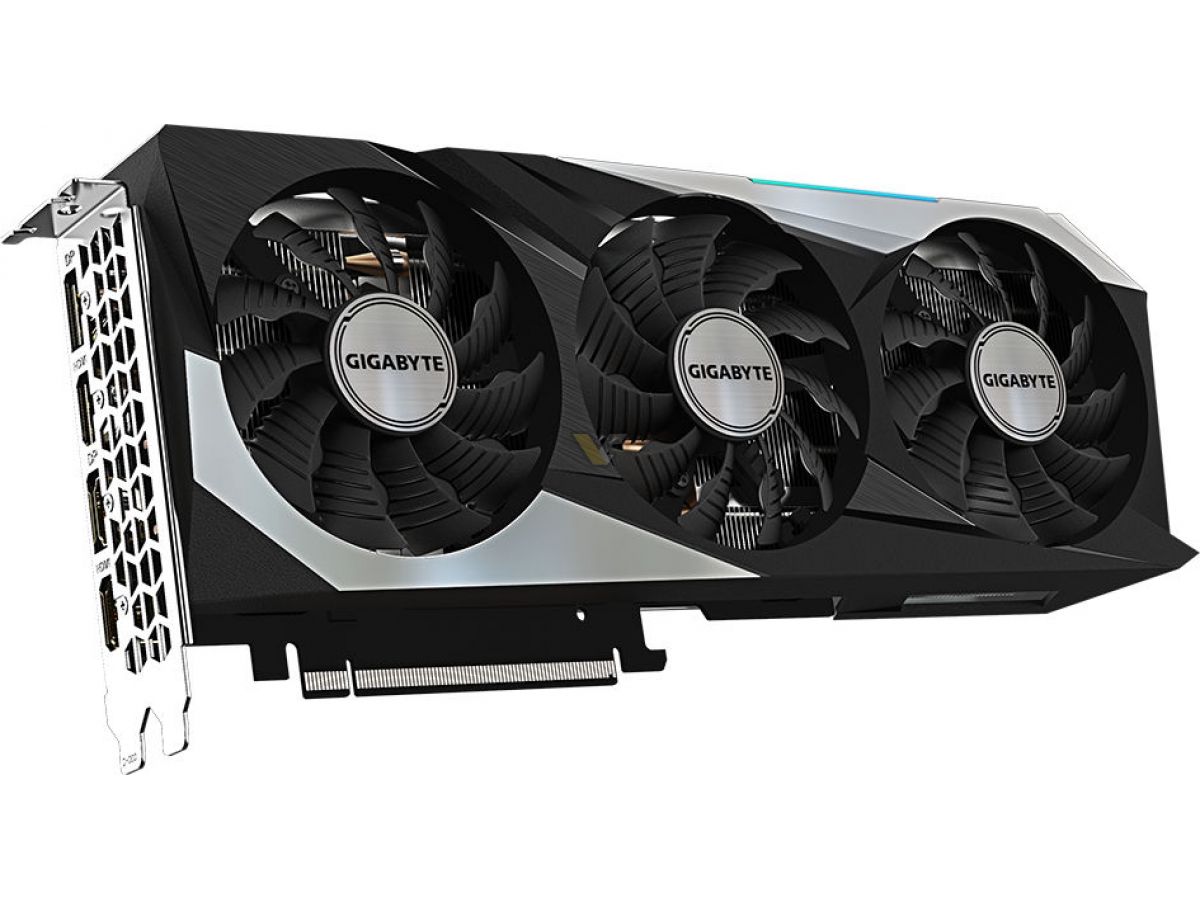 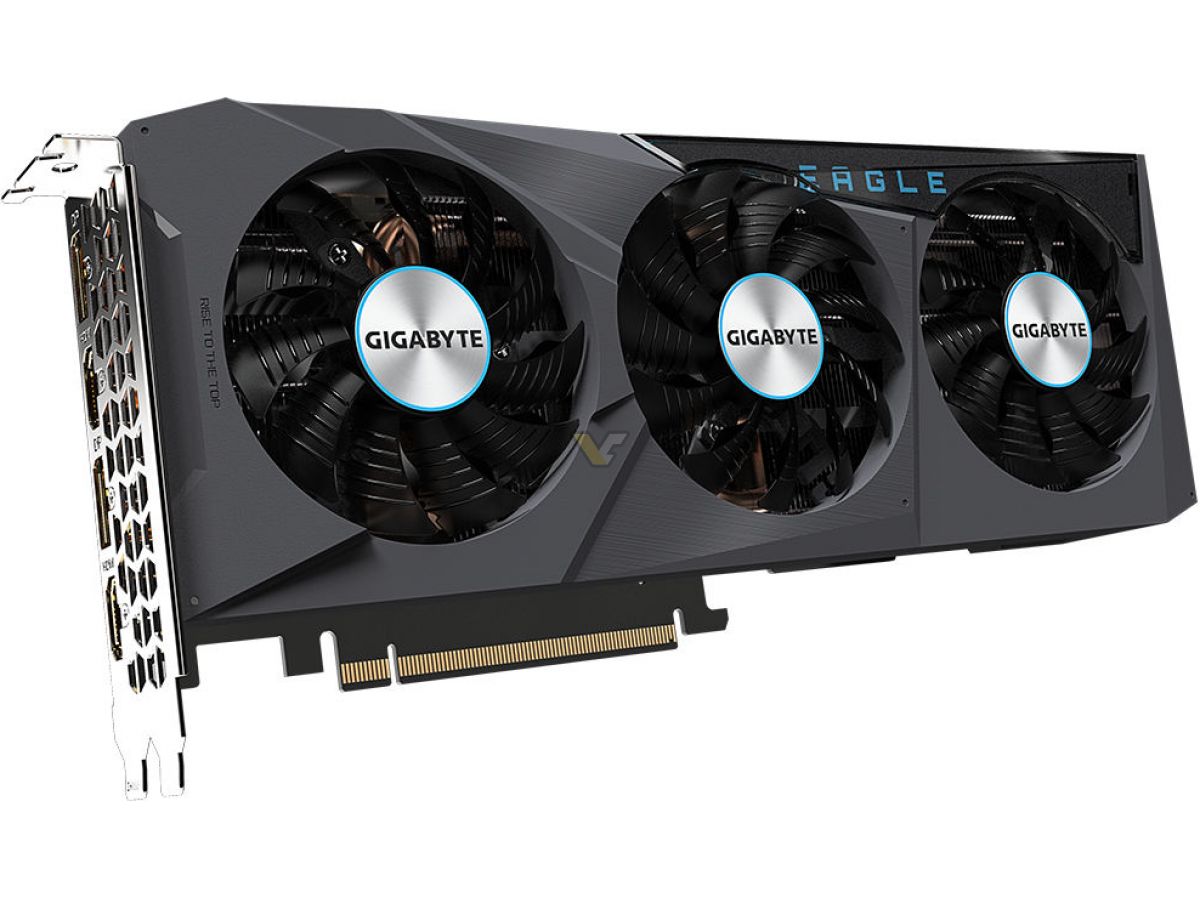 Retailers have already started to list the cards from Gigabyte. We can even see a very unusual title to keep the card under embargo till the first half of October. Do note, the price is just a placeholder: 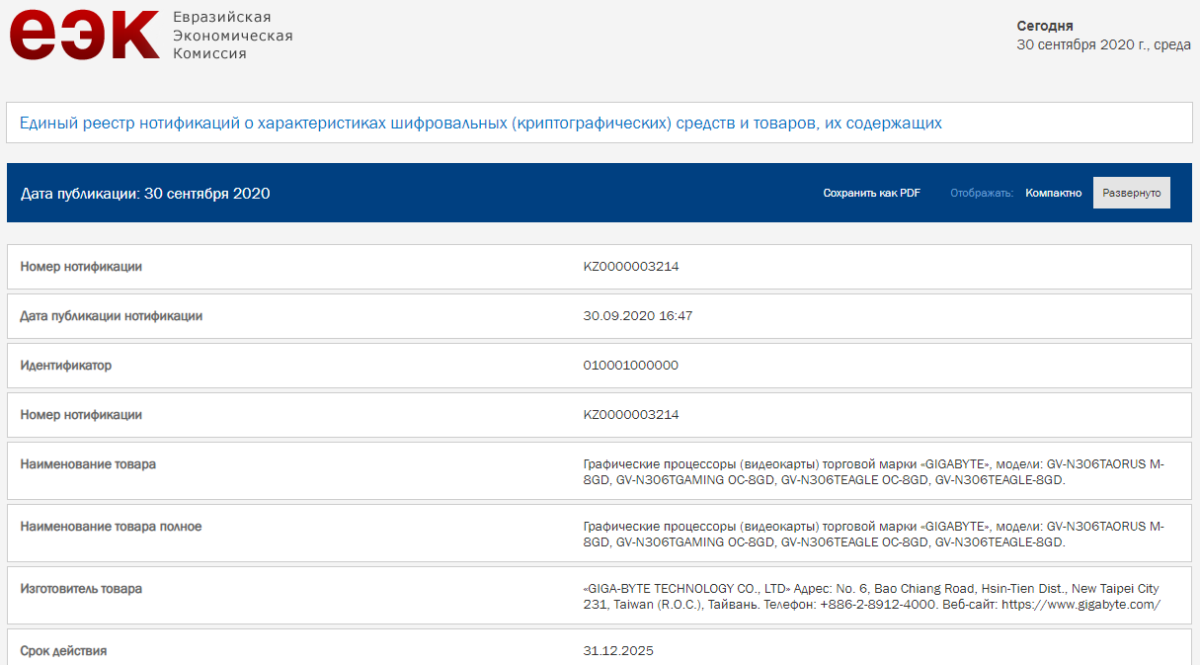