Redditor ArtisticCandle managed to buy an unreleased GeForce RTX 3050 nearly 2 days ahead of the official launch.

NVIDIA is yet to release its cheapest RTX 30 graphics card. Officially launch is now scheduled for January 27th with the review embargo lifting later today. Unofficially though, first retailers are now taking preorders and selling the new cards to first customers. 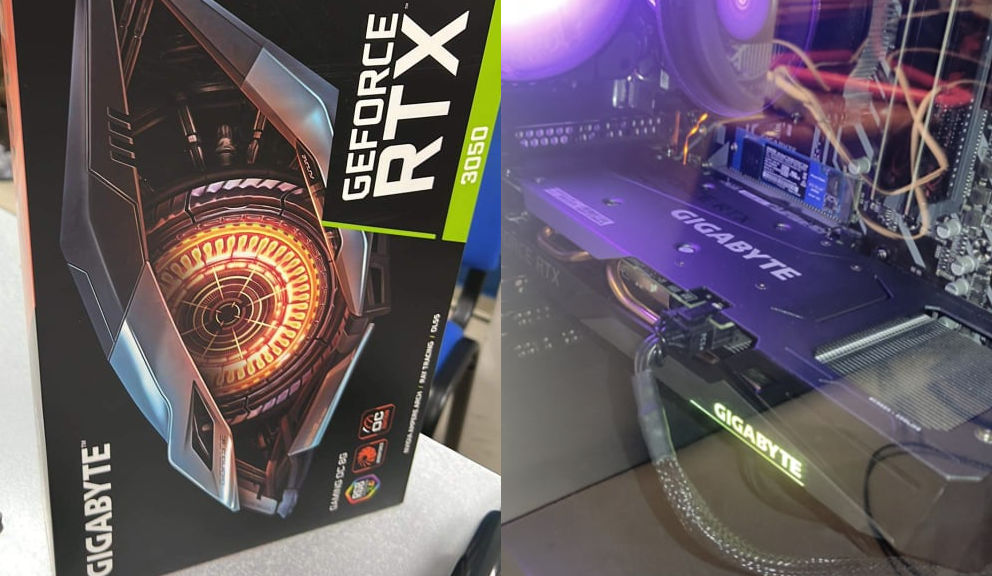 Redditor ArtisticCandle does not mention where the purchase was made, but he does confirm it was listed for 500 EUR, nearly 80% more than European MSRP (279 EUR).

I have made the order yesterday. On the website it said it’s gigabyte 3050rtx. I thought lets try, didn’t know what to expect. And what do you know it’s actually the unreleased 3050rtx. The white label on the side says so too, the specs are of 3050. I haven’t tried it yet but it looks like any gigabyte 30series rtx. Is it possible that this is 3050, can’t it be other 30series in this box? If it is HOW? I’ll keep you posted

While it may seem like a cool thing to obtain before launch, one should remember that GPU vendors often do not bundle the drivers with new cards anymore. With this in mind, the lucky owner of the RTX 3050 will not be able to game on this card till NVIDIA releases its official driver. 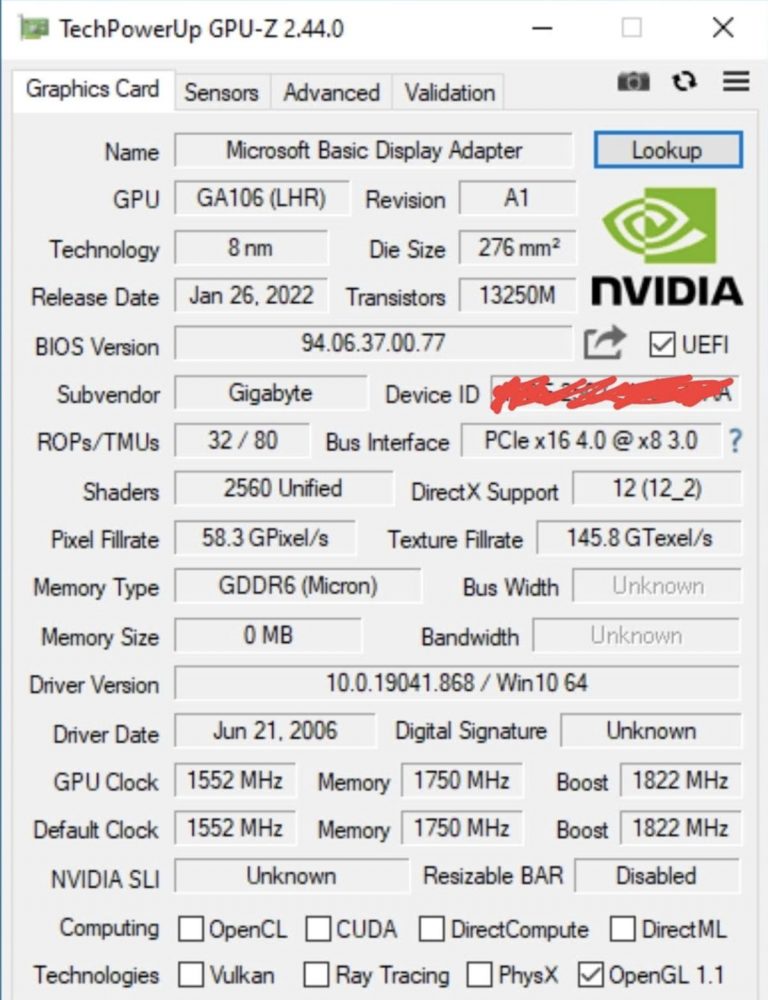 The GPU-Z software successfully reads the GPU data from the BIOS, but the device is still detected as Microsoft Basic Display Adapter. Interestingly, we now have a confirmation of the RTX 3050 GAMING OC specs. This model is to ship with an 1822 MHz boost clock which is 45 MHz higher than NVIDIA reference.

Many thanks to @FToWnP1AyA for the tip!