The manufacturer will launch as many as four new RTX 2060 cards based on Turing architecture.

It might be more than three years since NVIDIA introduced the GeForce RTX 20 series, but apparently, the company is not yet done with the Turing architecture. Just as we reported in September this year, NVIDIA was expected to unveil a new card with 12GB memory. This card would be based on RTX 2060 which originally featured GA106 GPU and 6GB GDDR6 memory across a 192-bit bus.

According to Eurasian Economic Commission listing, Gigabyte is actually planning four models, including: 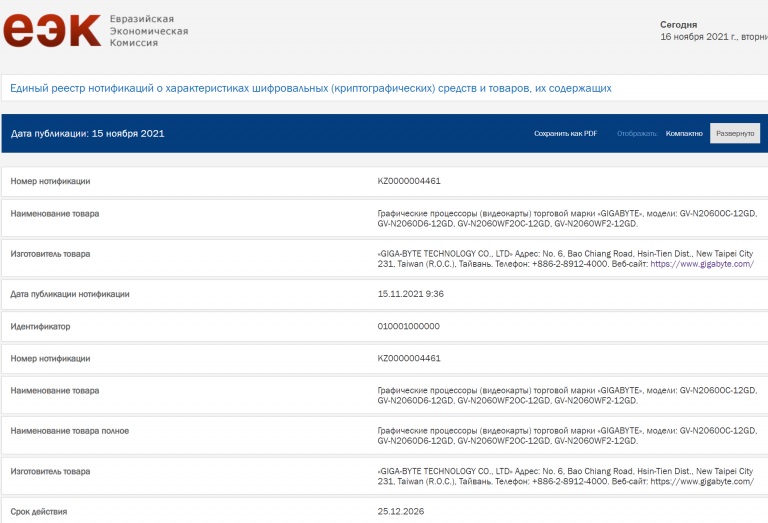 The exact specifications of the new SKU are not quite clear yet. NVIDIA could just as well use a different GPU at this point, such as GA104, because it is pin-compatible with GA106. The company might also reuse its RTX 2060 SUPER GPUs with more CUDA cores since 1920 CUDAs on the original 2060 model might not keep up with the competition.

The latest rumors have suggested that RTX 2060 12GB will be revealed on December 7th. We have thus far not been able to confirm this date.