Gigabyte finds a solution to vertical vs horizontal GPU dilemma

AORUS publishes a render of a weirdly looking GPU concept

No this is probably not an actual product.

A graphics card with a cooler shroud mounted at an angle is certainly not something we see every day. This funny-looking render was posted today by AORUS Spain, possibly as a late April Fools joke (or was it?). This concept design has an angled design shroud, almost as if somebody stepped on it.

This concept GPU has two large heatsinks, one attached to the board itself and the other installed on the side, both connected to each other with copper heat pipes. When installed horizontally in a typical case, users won’t even see the fans. In a vertical position, it will probably even worse.

The picture that was posted is clearly not a real product. We have three 8-pin power connectors, which are nowhere near the actual size of the connector, and the old-fashioned DVI port, which has now been sent to retirement by almost every brand.

At least when the architecture becomes obsolete it can act as a door stopper. 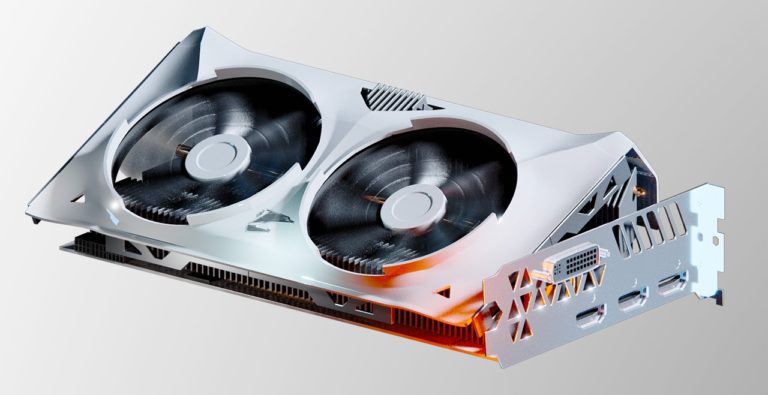