Gigabyte and ASRock have both confirmed upcoming Renoir APUs.

AMD Renoir AM4 APUs are coming

The first leak comes from Gigabyte. Their B550 announcement presentation contains a roadmap for AMD 500-series chipset motherboard. The slide confirms that AMD will launch Ryzen 4000G Renoir APUs. This is a direct confirmation of the codename and the series moniker.

The slide also confirms that X570, B550, and (yet unreleased) A520 chipset will be compatible with Renoir APUs. What’s more the slide also mentions Future CPUs named Vermeer. This is the first time any AIB has also confirmed the codename of the Ryzen 4000 series processors (Matisse successor). 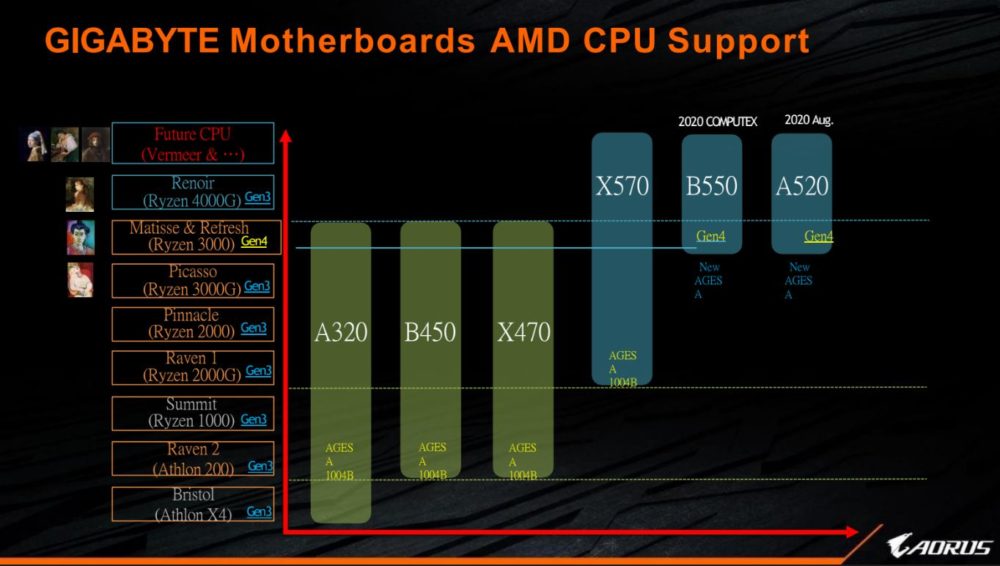 A slide from Gigabyte B550 launch presentation (source: Hassan Mujtaba)

It is further confirmed by ASRock that Renoir APUs will be limited to PCI-Express Gen 3. This is despite the fact that B550 motherboards feature PCIe 4.0 support. AMD Renoir simply does not support Gen 4.0, so this was to be expected.

Furthermore, the B550 Taichi website confirms memory configurations available for the Renoir APUs. There appears to be no difference in terms of memory support for Matisse and Renoir. The specs page does not mention Vermeer though. 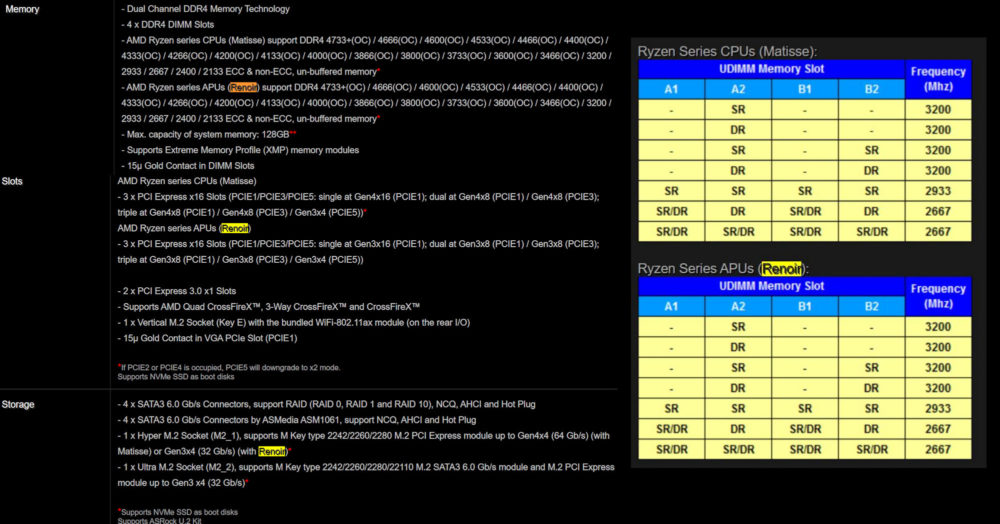