Gigabyte AM5 Tachyon overclocking motherboard to be based on AMD B650 chipset, not X670

Gigabyte Tachyon on B650 chipset

High-end overclocking boards may not need X670 after all.

During AMD Meet The Expert event Gigabyte representative Sofos Oikonomou confirmed that the company will launch a Tachyon motherboard for AM5 socket. Interestingly this board will not be based on X670 chipset but on a mainstream B650 one.

The Tachyon series are designed for overclocking with the most distinctive feature being the dual memory slot configuration instead of four. AMD already confirmed that memory overclocking will be enabled for B650 series (same as B550), however, the X670E and X670 are still advertised for ‘extreme/enthusiast overclocking’, while B650 is not.

Will Gigabyte Have A Tachyon Motherboard For AM5?

Gigabyte’s Sofos Oikonomou has stated that there will indeed be a Tachyon motherboard based on the AM5 socket but it will be based on a different chipset, not the X670 so we are likely looking at a B650(E) product.

Other companies did not confirm such designs yet. The MSI Unify-X or ASUS ROG Crosshair Apex have not been demonstrated during the event, either suggesting that there are no plans for them, or they are based on B650 chipset as well, a chipset that was not showcased during the webinar.

Interestingly, AMD never acknowledged the Extreme variant of the B650 motherboard chipset. This special variant of the ‘mainstream’ PCH could feature PCIe Gen5 support for both the storage and GPU. 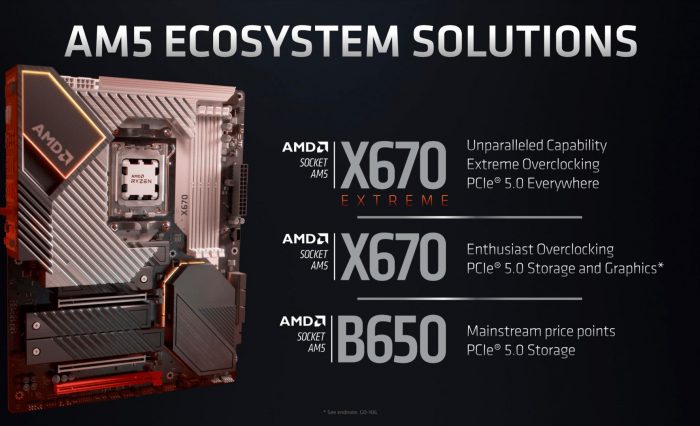 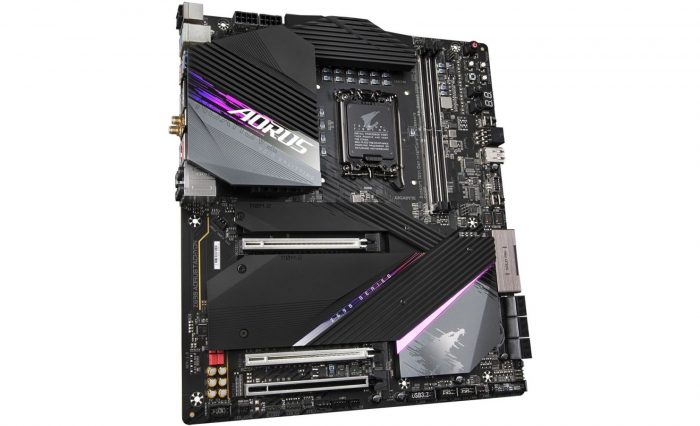