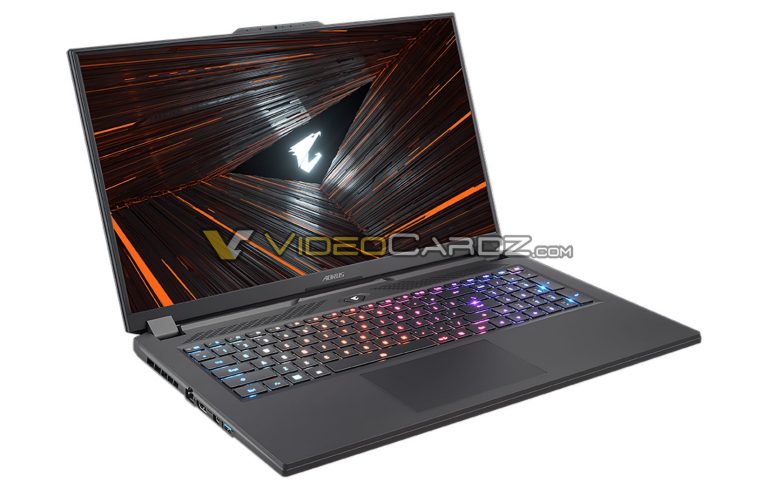 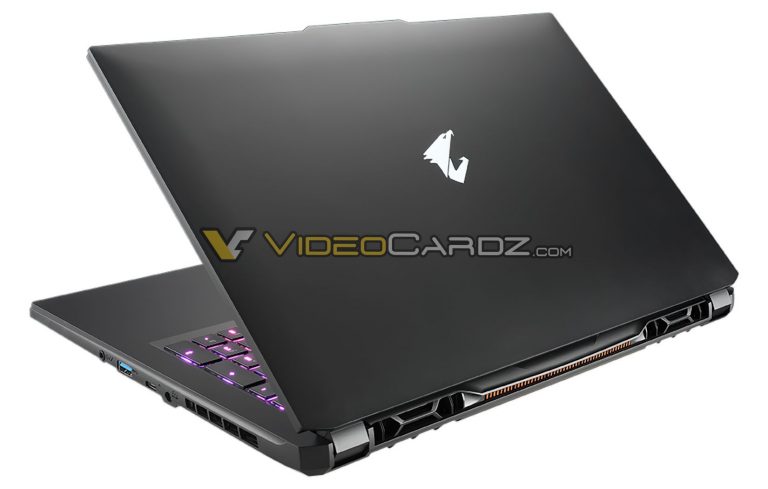 What should also be noted is that this laptop will feature up to a 4K (3840×2160) mini-LED IPS panel with up to 120 Hz. It is definitely a high-end screen as it received DisplayHDR1000 certification (so peak brightness over 1000 nits). We do not have information on the 17G (mechanical keyboard) and 17X (flagship with Max-P graphics) models yet. 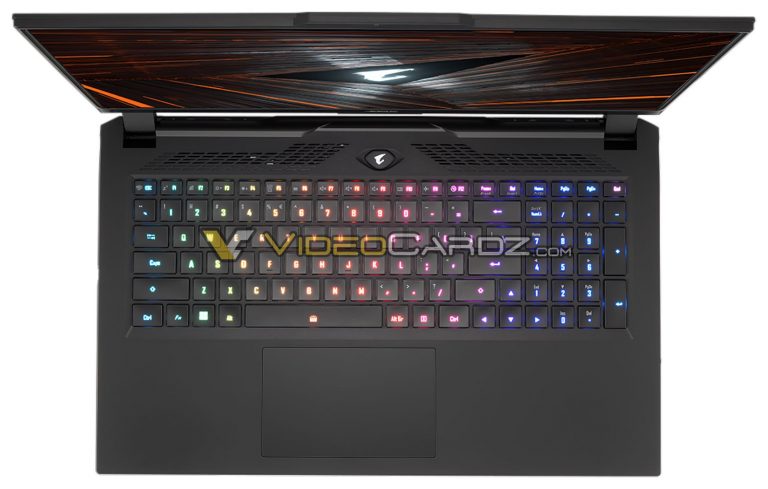 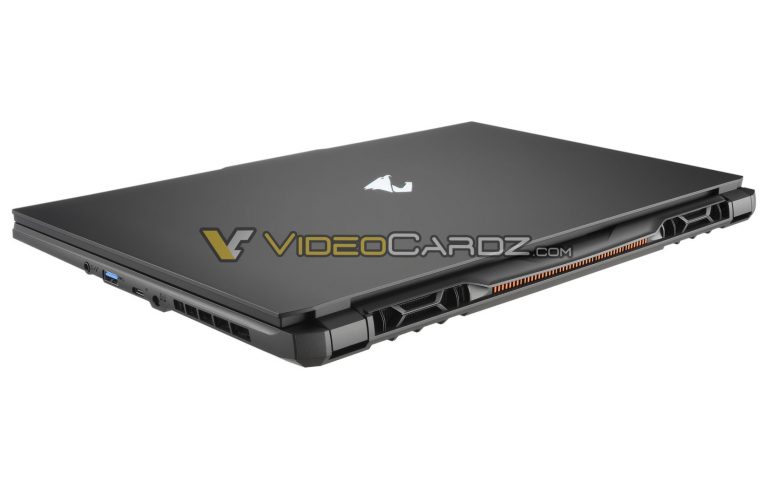 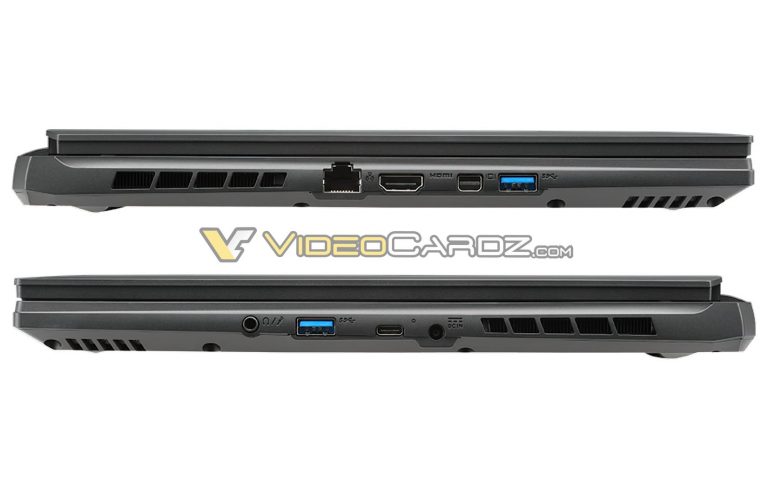 There is a significant upgrade coming to the AERO series. The 15-inch version will be replaced with a 16-inch model. Obviously, the display panel is the biggest upgrade here, Gigabyte finally got rid of the enormous bottom bezel which certainly did not look great. The AMOLED panel is manufactured by Samsung and offers up to 3840×2600 resolution, (DisplayHDR500, 100% DCI-P3). There is also a version with 2560×1600 Mini-LED (DisplayHDR 1000, 100 DCI-P3, and 165Hz refresh rate). 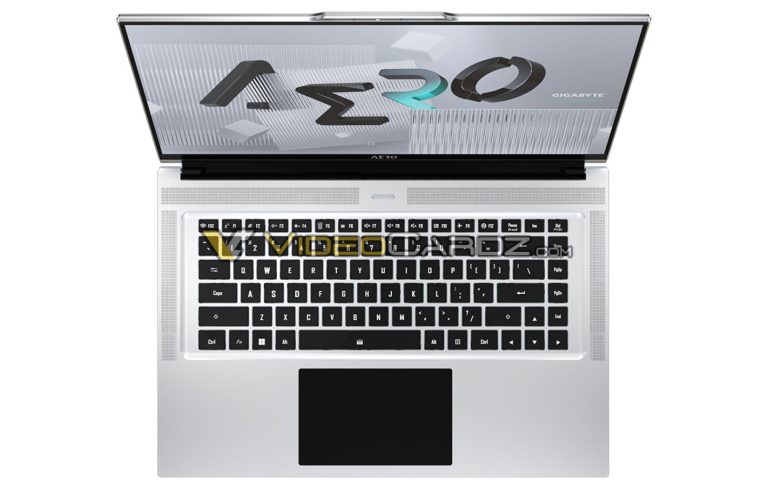 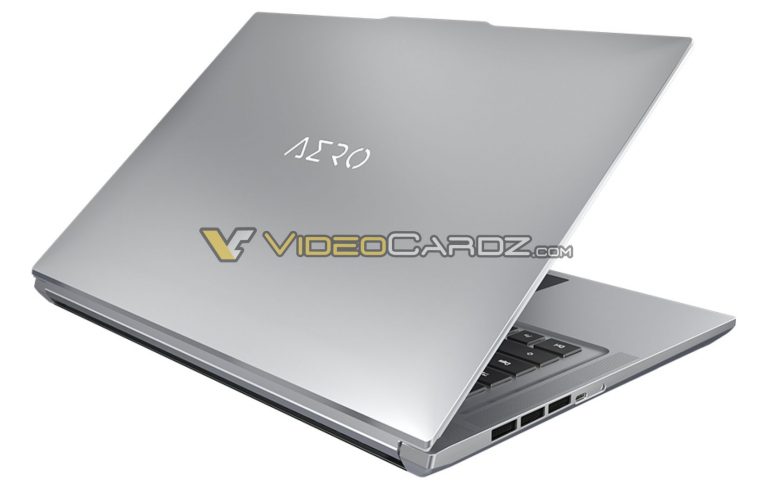 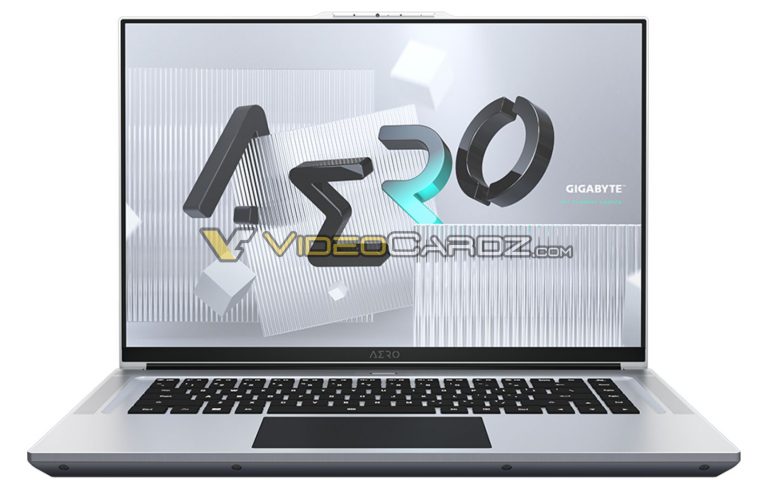 Pictured below is the 17-inch version which should look more or less the same as 16-inch. At this moment we cannot confirm the specs of the 17-inch display panel. 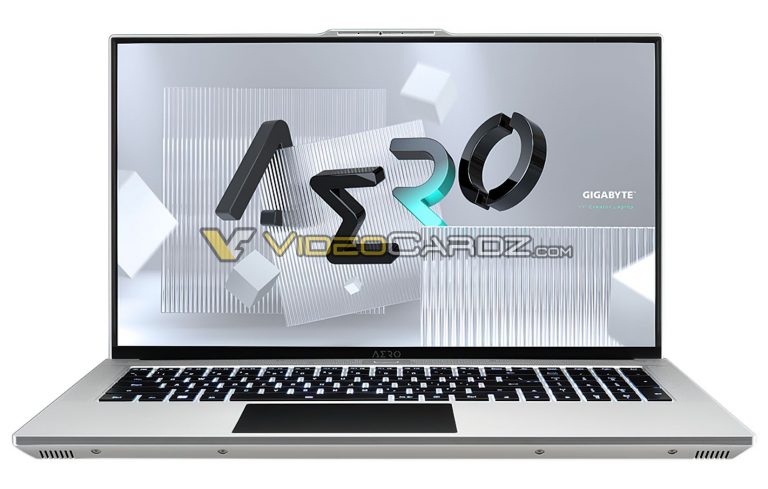 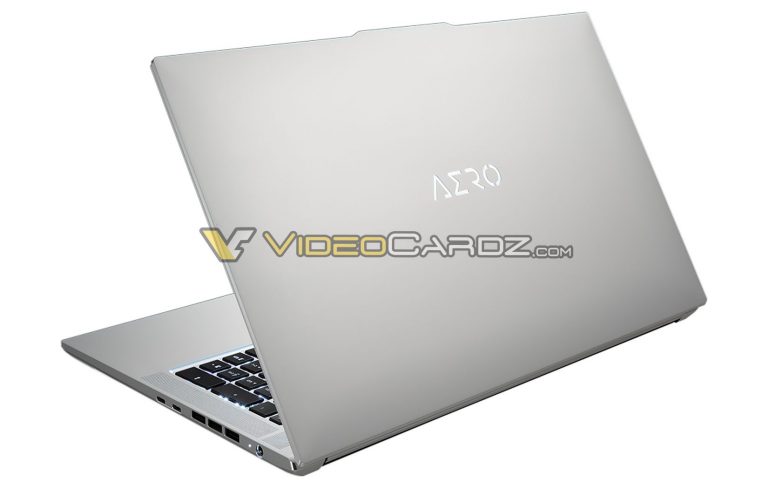 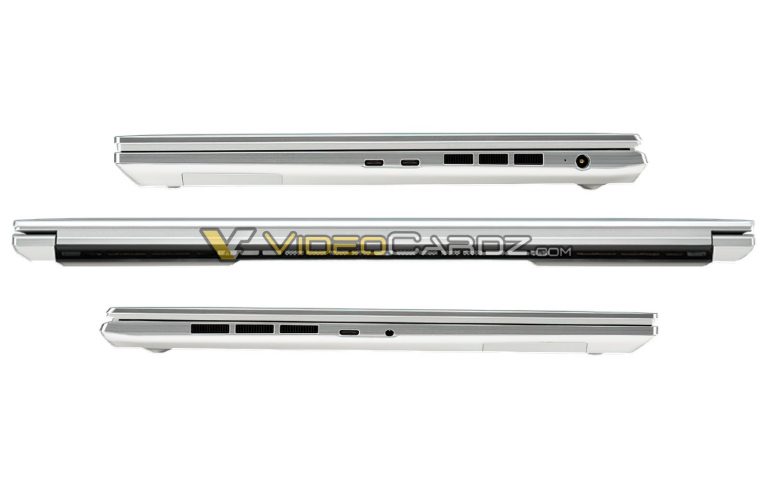 Having own an AERO 15 XD OLED laptop I can immediately tell you that the biggest issue with this laptop has not been resolved, which is the power connector on the right side (if you are using a mouse a lot then you probably know how annoying this can be). On a plus side, a camera that was mounted on the bottom bezel will now be located on the top of the screen, but it does not have a privacy filter like the old version.

There is no sign of the fingerprint sensor on the touchpad either, but it is possible that the camera array has Windows Hello support, which would obviously be an upgrade.

The AERO 15 series are known for terrible WiFi reception because the antennas were misaligned behind a metal display lid (it’s a major design flaw). It is hard to tell from the photos if the lid is still metal or rather some kind of plastic. However, as weird as it may sound, a plastic lid would actually be an upgrade.

Both Gigabyte laptops are now set to be announced on January 4th. We are yet to confirm the exact launch date.