GeForce RTX 4090 with blower fan is both loud and hot, but also very special

Redditor takes the opportunity to purchase a unique graphics card. 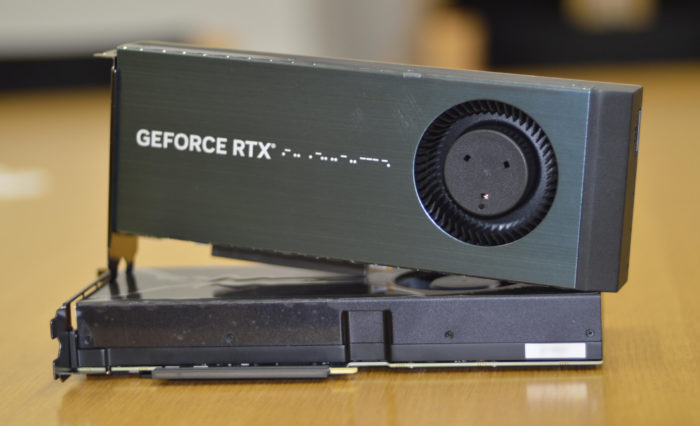 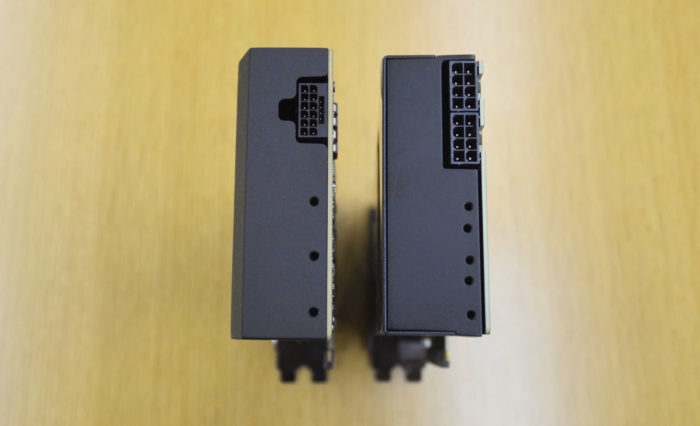 NVIDIA GeForce RTX 4090 GPU is the most powerful desktop GPU on the market. It is hard to find a custom model that is not 3.5 to 4-slot high. Even NVIDIA’s own Founders Edition is 3-slot thick. Only very few RTX 4090 cards are thinner, but those are usually water-cooled models that require either a custom loop or a large radiator.

Enter, RTX 4090 with blower-type cooler. This card has a very interesting story because it is not available to just any customer. A Redditor whose field of expertise is machine learning was asked by a vendor if he would be willing to buy a custom card made in a small number, an RTX 4090 with blower-type cooler. Now, rumors about such designs are as old as the card itself, but we have not actually seen any of these cards in action yet. 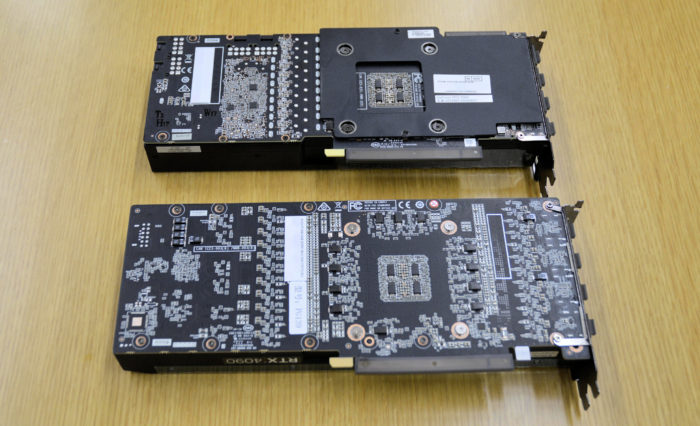 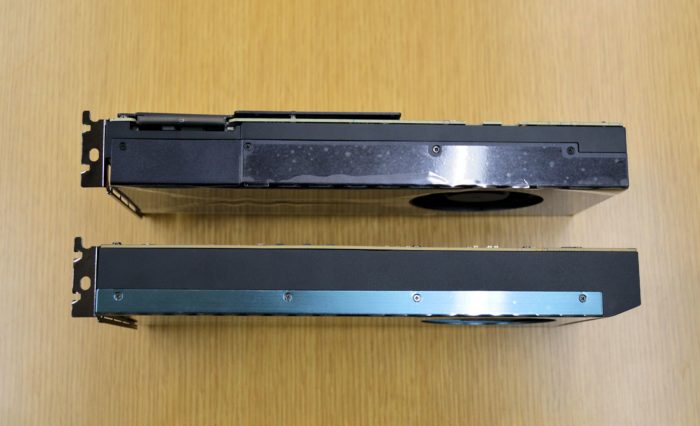 Luckily for us, a Redditor whose nickname is ironically “BottleneckEvader” decided to pull a trigger on 2675 USD card, which is almost the same price as MSI SUPRIM models in the country. However, such cards would not fit into the user’s case (Fractal Torrent Nano). But more importantly, user shared some interesting benchmarks for everyone to see.

The RTX 4090 card that was purchased has no name or any branding whatsoever. We can only speculate who made this card, but the reason it came in a white box with no logos is probably due to NVIDIA’s restriction on such designs. In fact, what is happening here is precisely what NVIDIA does not want to happen. Researchers and content creators buying GeForce GPUs instead of their RTX (aka Quadro) cards which are intended for exactly this purpose. Well, it looks like someone found a loophole. 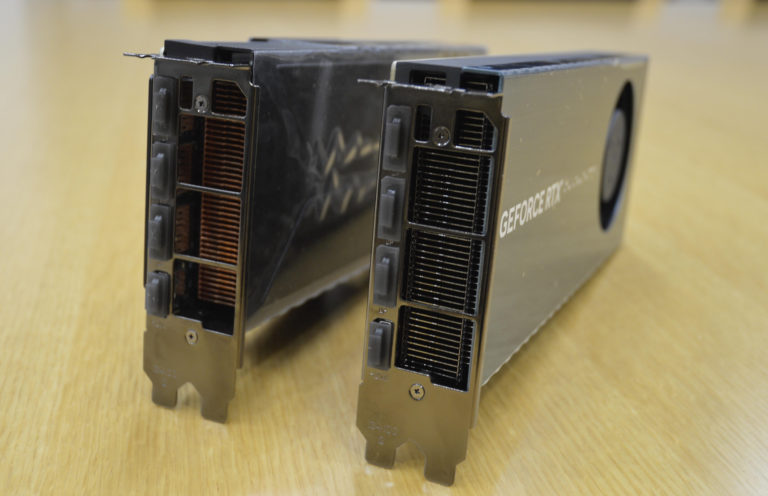 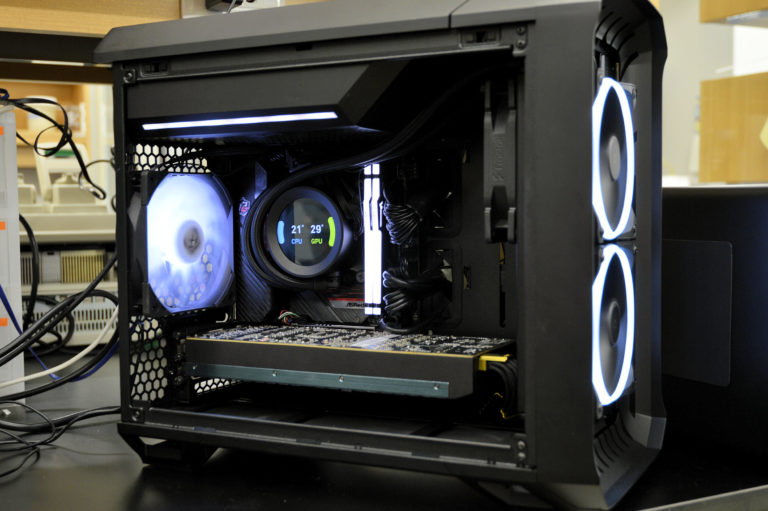 When it comes to actual tests, the card is limited to 450W with power capped at this level. There is no way to increase the TDP, which makes perfect sense as this card not meant to be overclocked or even used for gaming.

In terms of noise, when this card is used, BottleneckEvader has to use noise cancelling headset, as the fan RPM goes up to 5200 (yes, that’s a lot!). The GPU temperatures is around 78°C while memory goes to about 98°C. 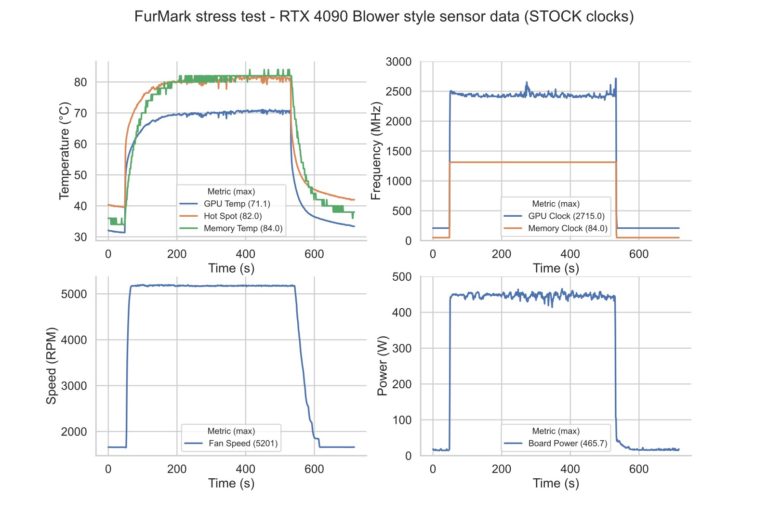 The GPU scores 35908 points in 3DMark Time Spy with stock settings and 36956 points when overclocked (higher clocks but the same TDP). This means that the  card is actually operating within average based on thousands of custom RTX 4090 designs (~35978 points according to 3DMark ranking), which is quite impressive.

It is worth noting that this might also be one of the few RTX 4090 GPUs with 16-pin power connector located at the rear. This was the EVGA’s idea for their unreleased RTX 4090 FTW3 card, a card that was sadly never to be released.

PS: The Morse code on the card says “AI Edition”.