It is still 3 weeks away from the official launch of RTX 4080 graphics card, but with nearly all board designs announced, retailers have no reason not to list the new cards early.

Some board partners are not eager to share pricing information with retailers, which is why there are still many offers with no pricing at all. However, NVIDIA and AICs were working to have at least some cards at MSRP at launch, which was indeed the case at RTX 4090 launch, but only for a short time.

When it comes to Europe, RTX 4080 have already been seen with prices reaching as high as £1450 in the UK, which was around 180 pounds more than NVIDIA MSRP. In the Eurozone, we may see similar prices at launch, with the cheapest models going for €110 more than MSRP.

Proshop, which is a large retailer with branches all over Europe, now lists prices in Euro for Finland. This store is an official NVIDIA partner for this country, so the prices shouldn’t be much higher than MSRP, at least not for the initial launch. 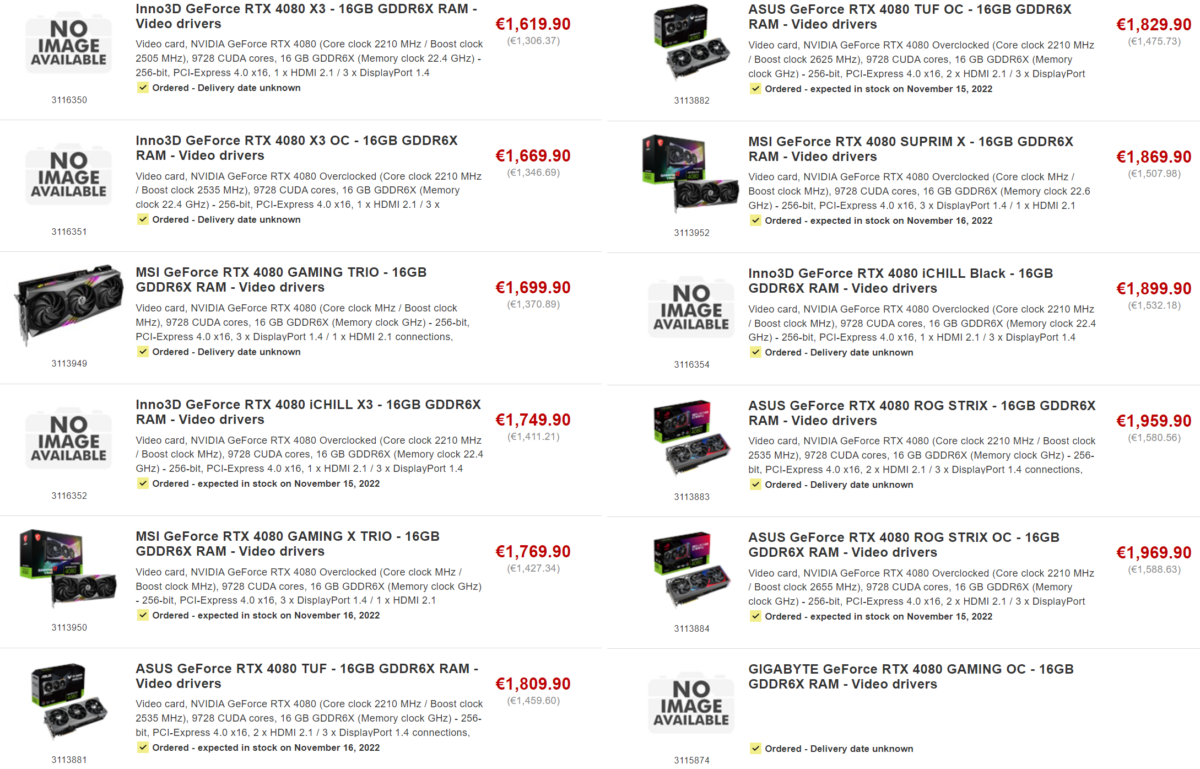 NVIDIA officially launches its RTX 4080 graphics card on November 16th, but we should expect reviews to be published sooner.

Many thanks to Talkar for the tip!