GeForce RTX 4080 16GB is up to 30% faster than 12GB version, according to NVIDIA’s new benchmarks

These benchmarks feature three games, all tested at 4K resolution with Core i9-12900K system. Games tested include A Plague Tale: Requiem, F1 22 and Microsoft Flight Simulator. Official benchmark charts (which we included below) are actually a showcase of DLSS technology in action, however these charts also feature pure raster performance without any resolution upscaling boosters.

According to this data, the RTX 4080 16GB would be 24% to 30% faster than a 12GB variant. That is indeed a wide gap between both cards that share the same SKU name, but entirely different configurations. 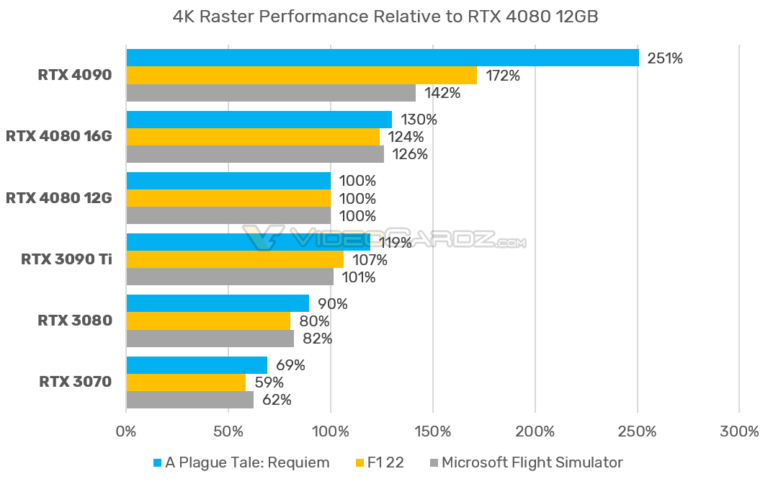 It also looks like RTX 4080 12GB won’t be able to outperform RTX 3090 Ti in benchmarks, but it at least it is 10-20% faster than original RTX 3080. Both models are to launch in November, but NVIDIA is yet to confirm the exact date. 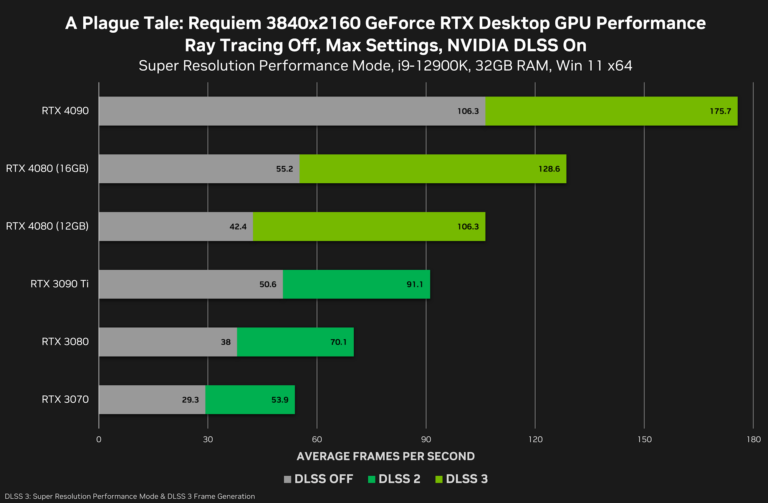 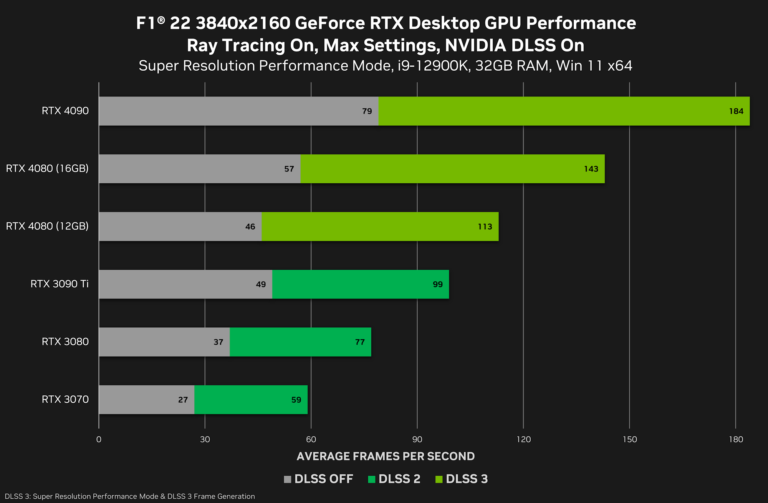 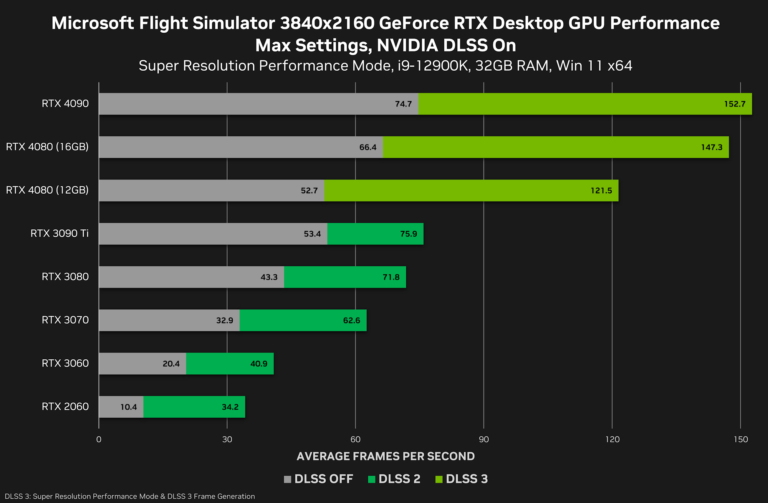