According to the leaks, the NVIDIA GeForce RTX 3090 Ti has a TDP of 450W. With such a high power input, even two 8-pin PCIe power are not sufficient, such configuration can only sustain 300W of power.

This is a major difference between the RTX 3090 and RTX 3090 Ti cards. The Founders Edition of the former flagship SKU released in 2020 features a 12-pin connector (basically the same cable but without the ‘sense’ pins). It shipped with dual 8-pin to 12-pin power adapter. This is obviously enough for the 350W TDP because the card still has access to 75W of power through the PCIe interface. 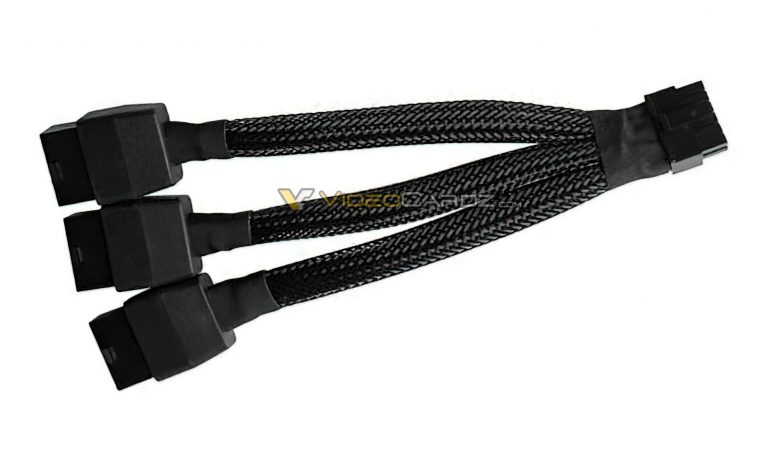 The RTX 3090 Ti with 100W higher TDP will need three 8-pin power cables or a native implementation of the 12VHPWR (12+4 or 16-pin) PCIe Gen5. However, the power supplies with the native cable will not be available in time for RTX 3090 Ti, which launches on March 29th. For this reason, the adapter is required.

The adapter will provide 450W of power alone and a total of 525W with the PCIe interface. One should expect a number of custom RTX 3090 TI designs to reach 500W of maximum TDP.

The RTX 3090 Ti features a GA102-350 GPU with all 10752 CUDA cores enabled. This is NVIDIA’s first RTX model with 21 Gbps GDDR6X memory and new power connector. The RTX 3090 Ti should be the last flagship Ampere SKUs to launch before NVIDIA unleashes its Ada GPUs later this year.