It is definitely coming, the most powerful mobile GPU to date. NVIDIA is set to announce its RTX 3080 Ti class GPU for laptops tomorrow during its CES 2022 special address. Today we are looking at a leaked GPU-Z screenshot confirming the exact configuration of the upcoming model.

The upcoming laptop flagship GPU will be equipped with up to Samsung 16GB GDDR6 memory across a 256-bit memory bus. What’s new here is the speed of 16 Gbps (listed as 2000 MHz below). This, for the first time, enables 512 GB/s bandwidth for mobile GeForce gaming. 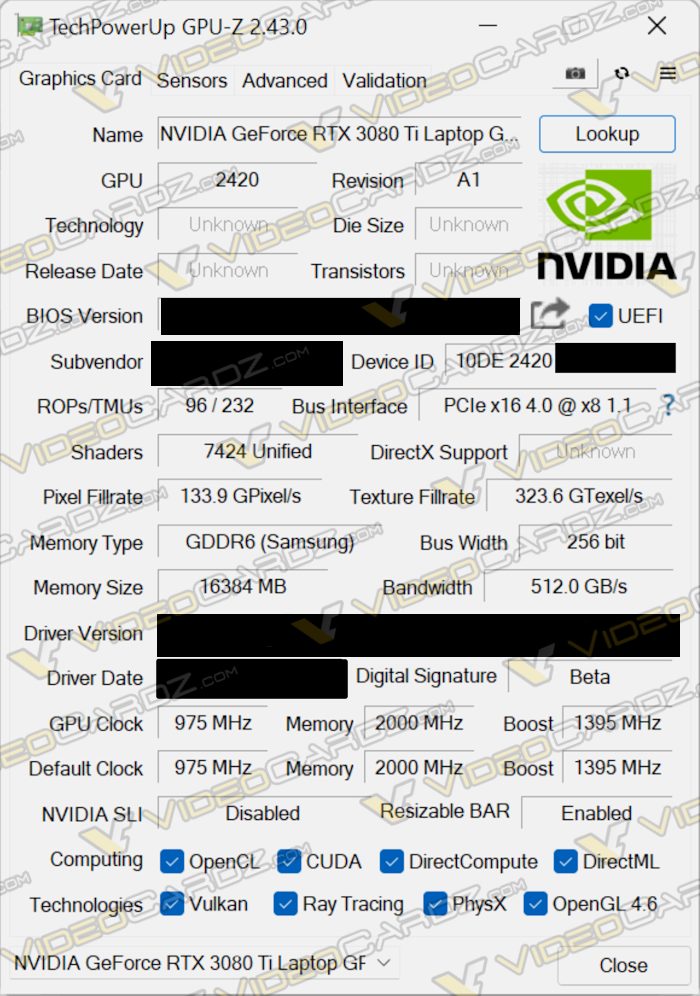 The screenshot only shows one of the variants with a 1395 MHz boost clock, but we are being told this is not the best configuration that will be available. The RTX 3080 Ti GPU will have a TGP up to 175W (this includes Dynamic Boost), so 10W is higher than the best RTX 3080 non-Ti configuration.

Lastly, we can confirm that RTX 3070 Ti Laptop GPU has 5888 CUDA cores, at least that’s what the data presented to us show. Both SKUs will be formally introduced tomorrow.