It looks like NVIDIA is offering a new model exclusively to OEM partners.

The GeForce RTX 3050 for OEMs may carry the same name as the DIY version, but this model reportedly features fewer cores. The original model is equipped with GA106-150 GPU with 2560 CUDA cores and 8GB of GDDR6 memory clocked at 14 Gbps. This OEM version would only have 2304 CUDA cores, so 256 cores fewer. Although unconfirmed, this could be the rumored GA107-140 variant that was discussed around February this year. 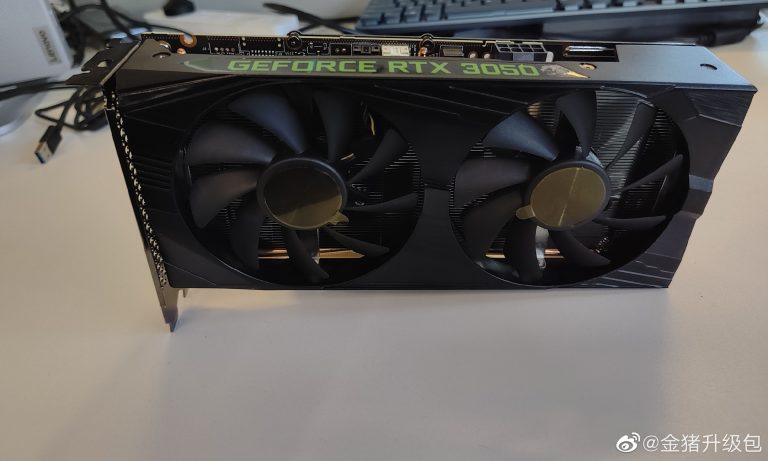 Over at Weibo, Golden Pig Upgrade Pack has the first photo of such a model. It is said that this is not even a new card, but rather it was the first chance that the content creator had to take a picture of it. The card itself is a dual-fan design with a single 8-pin power connector. The PCB appears to be identical to NVIDIA reference design. 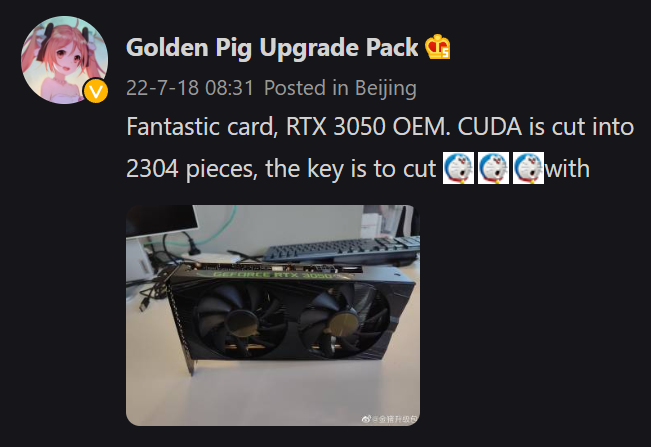 Based on the comments, this RTX 3050 OEM model comes with the same memory configuration of 8GB, however the bandwidth has not been confirmed.

Update: NVIDIA have now confirmed the 2304-CUDA specs for this model. The company also confirmed that the OEM version has different clocks: 1.51 GHz base and 1.76 GHz boost clock: