Memory overheating may not always be due to poor-quality thermal pads.

Just two weeks we reported on PowerColor accidentally shipping a graphics card with thermal pad covers still on, only to report on another surprising mistake by a manufacturer. This time around it’s from NVIDIA themselves, or to be precise the company that puts their Founders Edition graphics card together.

One of the factory workers has left a finger cot that is used to protect the graphics card from fingerprints while it is assembled. It normally wouldn’t be such an issue if not for the fact that it was found in between two memory modules and the cooler itself, causing temperature spikes up to 110C. After Reddit “antonyjeweet” finally decided to replace the thermal pads (which by the way is a very common upgrade for RTX 3090 FE), he found a finger cot. After removing the cot and replacing pads, Reddit now sees 86C at most. 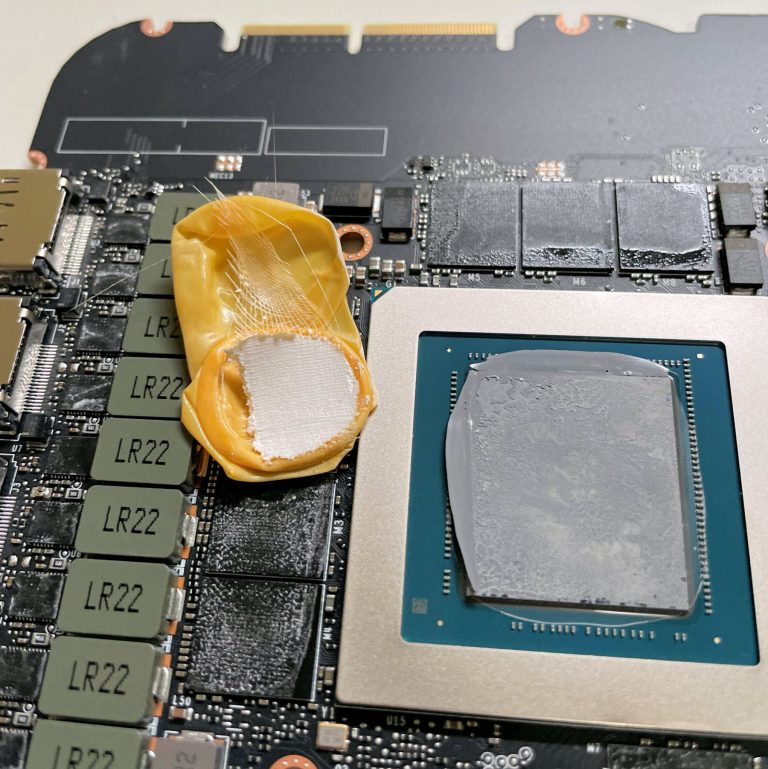 NVIDIA GeForce RTX 3090 Founders Edition cards are often a subject of thermal pad replacement, due to very high memory temperatures. While it is still within the memory specifications, the heat that is not transferred more efficiently out through the cooler also affects the GPU temperature which is located a lot closer to the memory with the RTX 30 Ampere series. Igor Walloseek has a good story on manufacturers using low-quality thermal pads on expensive GPUs such as RTX 3090.

But what is the moral of this story? There is really none, accidents happen, mistakes are made. What is important though is not to ignore overheating and underperforming graphics cards. A sudden drop of framerate is often a sign of something that should not be happening under normal circumstances, be it a software update running in the background or increased temperature due graphics card’s hardware issue.