As NVIDIA released its flagship RTX 40 GPU, reviewers and board partners were finally allowed to share the test results featuring custom designs. One of such cards is GALAX SG (Serious Gaming) model, which is actually meant to be a budget card.

A TecLab OC team from Brazil has spent a whole night modifying and overclocking this model to break as many world records as possible. It looks like, even with limited sample availability and time constraints, they achieved at least several things. 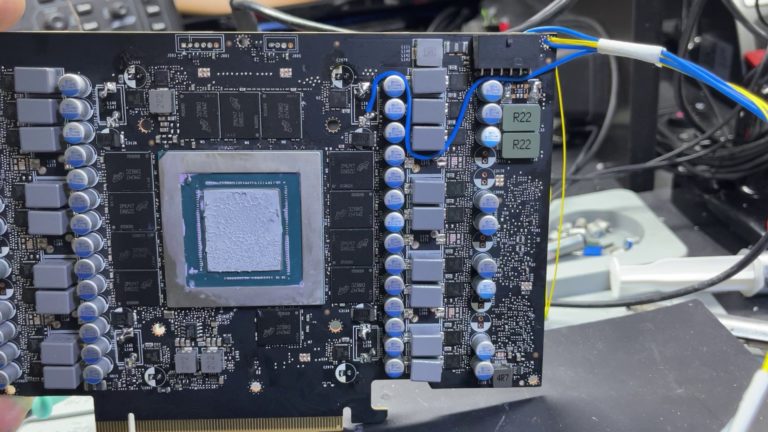 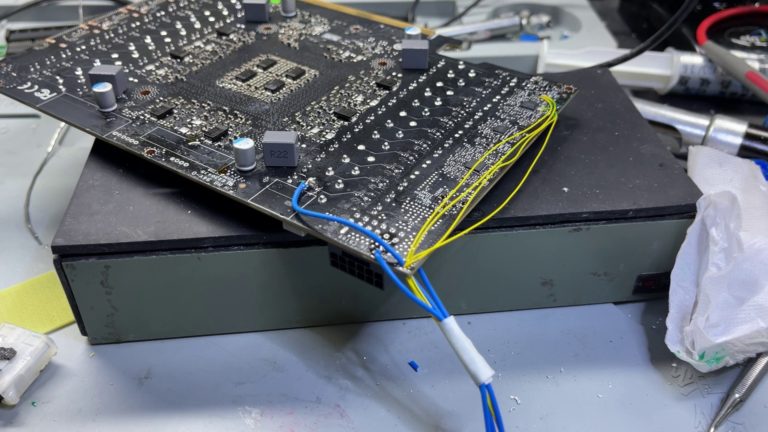 For starters, they are among the first to fully customize the PCB for their overclocking sessions. To even install the liquid nitrogen pot, various changes to the board layout had to be made. This means, for instance, that some capacitors had to be moved to the other side. Furthermore, TecLab had to remove the power limit controller, add numerous voltage probes and accommodate the GPU for sub zero temperatures. 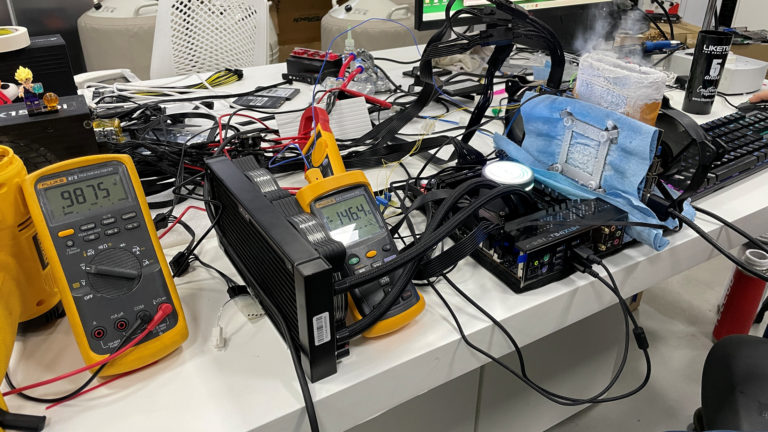 GALAX RTX 4090 SG runs up to 3.075 GHz with stock (quad-fan) cooler and no modifications. The OC team managed to reach up to 3.450 GHz with their change. However, performance regression could be observed at this point because the GPU has very sensitive circuity, that dislikes low voltages and -100°C temperatures.

Ronaldo Boussali, a team member who provided the results, confirms that they broke 5 world records with Core i9-12900KS, DDR5-5400 memory and Corsair 1600W PSU. We have put them together for easy browsing. 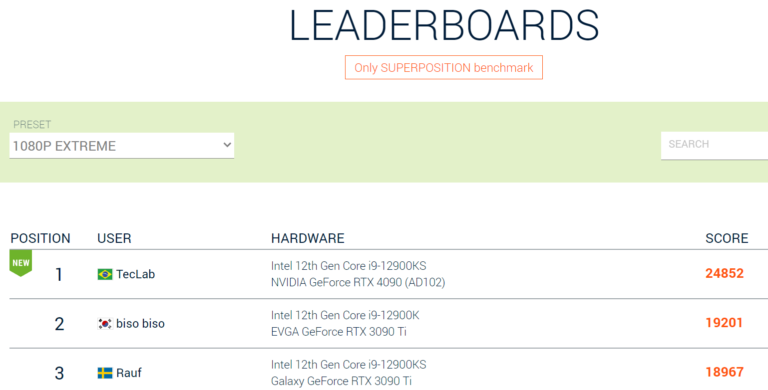 These world records are just a start for the TecLab and other extreme overclocking teams. We are yet to see more powerful RTX 4090 variants such as Galax HOF series, which should hold even more power with improved power sections and pre-binned Ada chips.