GALAX Hall of Fame gets a huge screen

The upcoming GeForce RTX 30 Hall of Fame (HOF) has been showcased by GALAX in a very interesting way. The manufacturer now hosts a VirtulShow, which is exactly what the name suggests, a virtual expo that you can see and visit by yourself in your browser.

There Galax shows off its prototype of the GeForce RTX 30 HOF series. We have already seen this design earlier, but the details were unknown at the time. The screen actually does display full color, not just the metrics from the GPU sensors.

We pitched the idea for the screen to be able to receive a signal from the GPU as a separate monitor, but we are not sure if GALAX took our advice. Such a huge screen is certainly something we have not seen yet on a graphics card. It may be a cool way to display sensor data in the case, possibly from other devices as well. This is actually quite common use for old tablets which are used to display such information in the chassis.

The graphics card itself does look a lot like the previous generation, but it is hard to say since the virtual render doesn’t show the PCB in detail. It does seem however the card will be fully white (an iconic feature of the HOF series).

GALAX has not confirmed the launch date for this graphics card but we were told not to expect it soon. 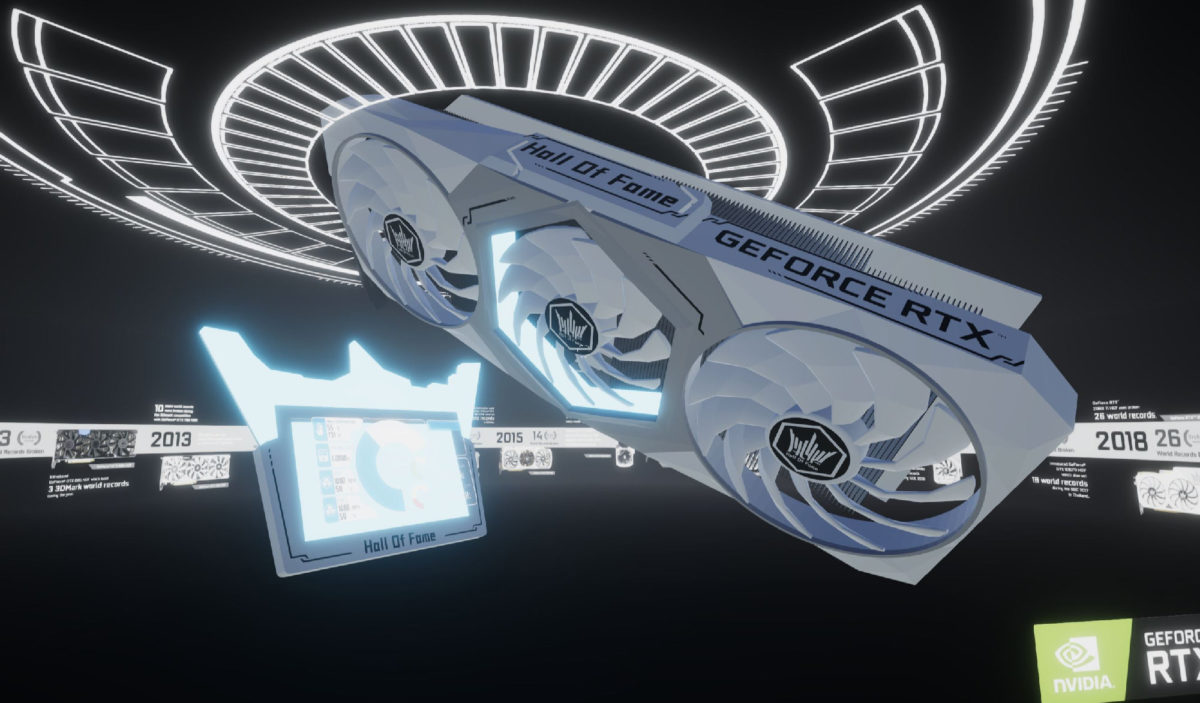 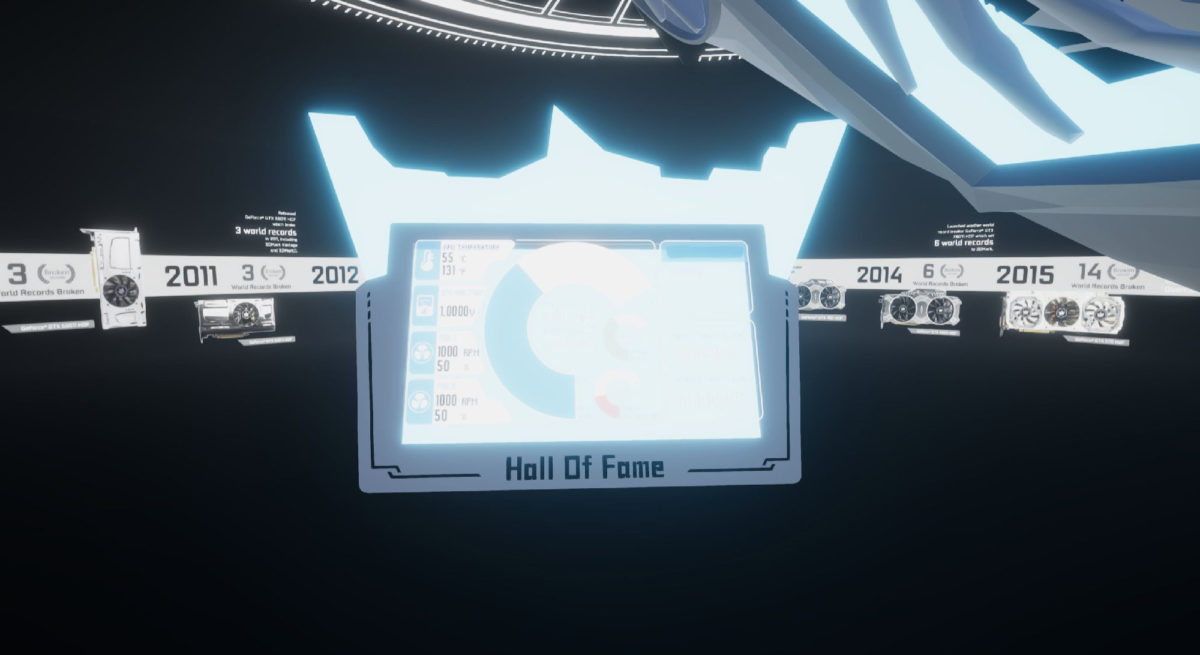